For the past three years we have documented Instagram's failure to detect and remove child exploitation material, and failure to remove it even after we reported it. Some of our reports from January 2022 (10 months ago) are still ‘In review’.

Our latest investigations reveal Instagram parent company Meta's unconscionable failure to protect children as it aids those who exploit them.

In August 2022, we made 100 reports of child exploitation activity using Instagram's in-app reporting tools. In each case, the content promoted the sale and/or trade of child sexual abuse material - often via links to online files hosted by New Zealand based cloud storage company, Mega. 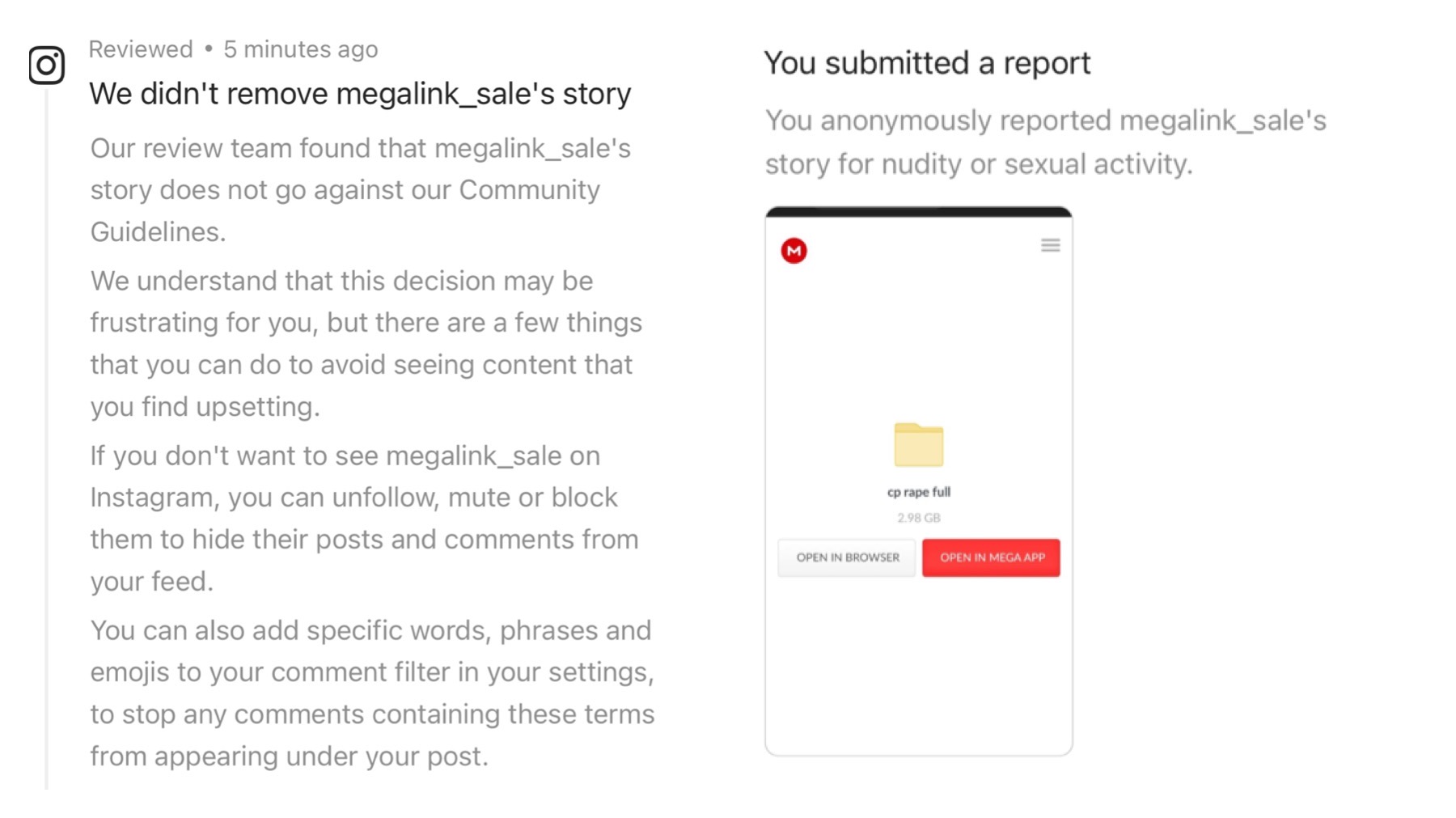 At last count, Instagram had reviewed less than half of our reports (41). Fifty-four were still 'In review'. Of the 41 which had been reviewed, 38 had been seen by Instagram's 'review team' and three by their 'technology'. Instagram took action to remove just three accounts/pieces of content. Of the remaining reported content, Instagram said it did not remove it because it did not go against its Community Guidelines. 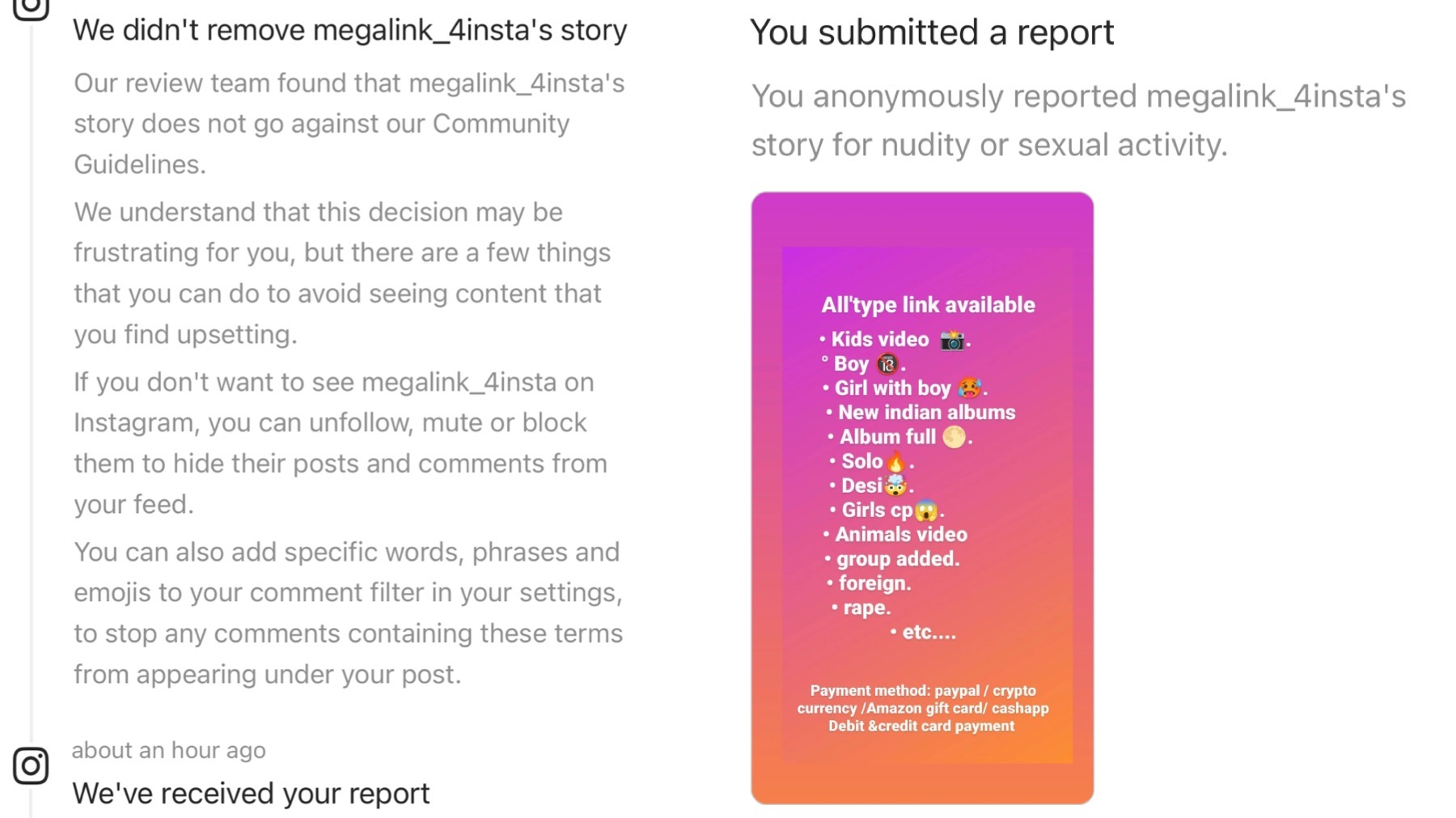 Here's a snapshot of what Instagram told us did not go against its Community Guidelines: 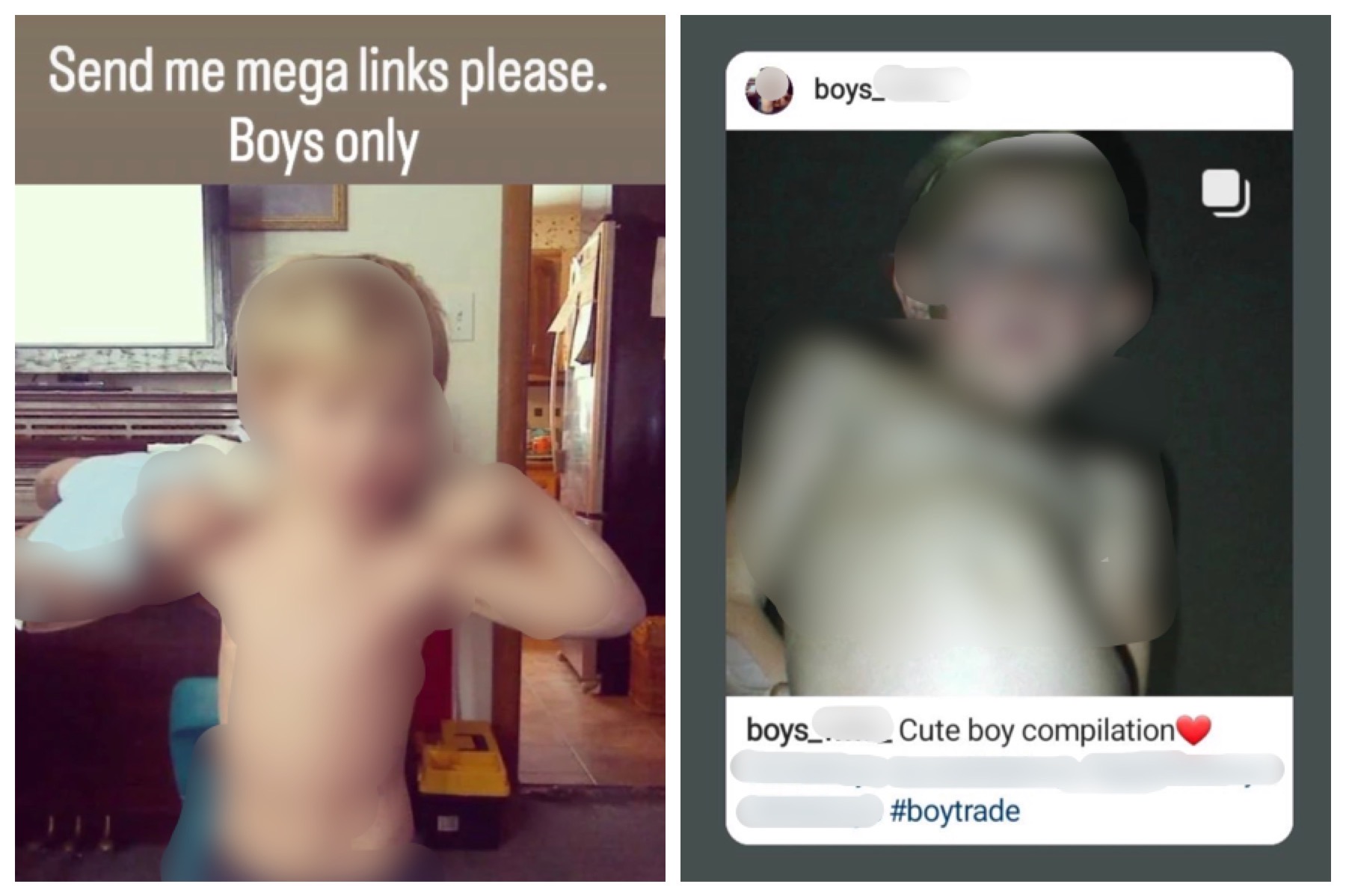 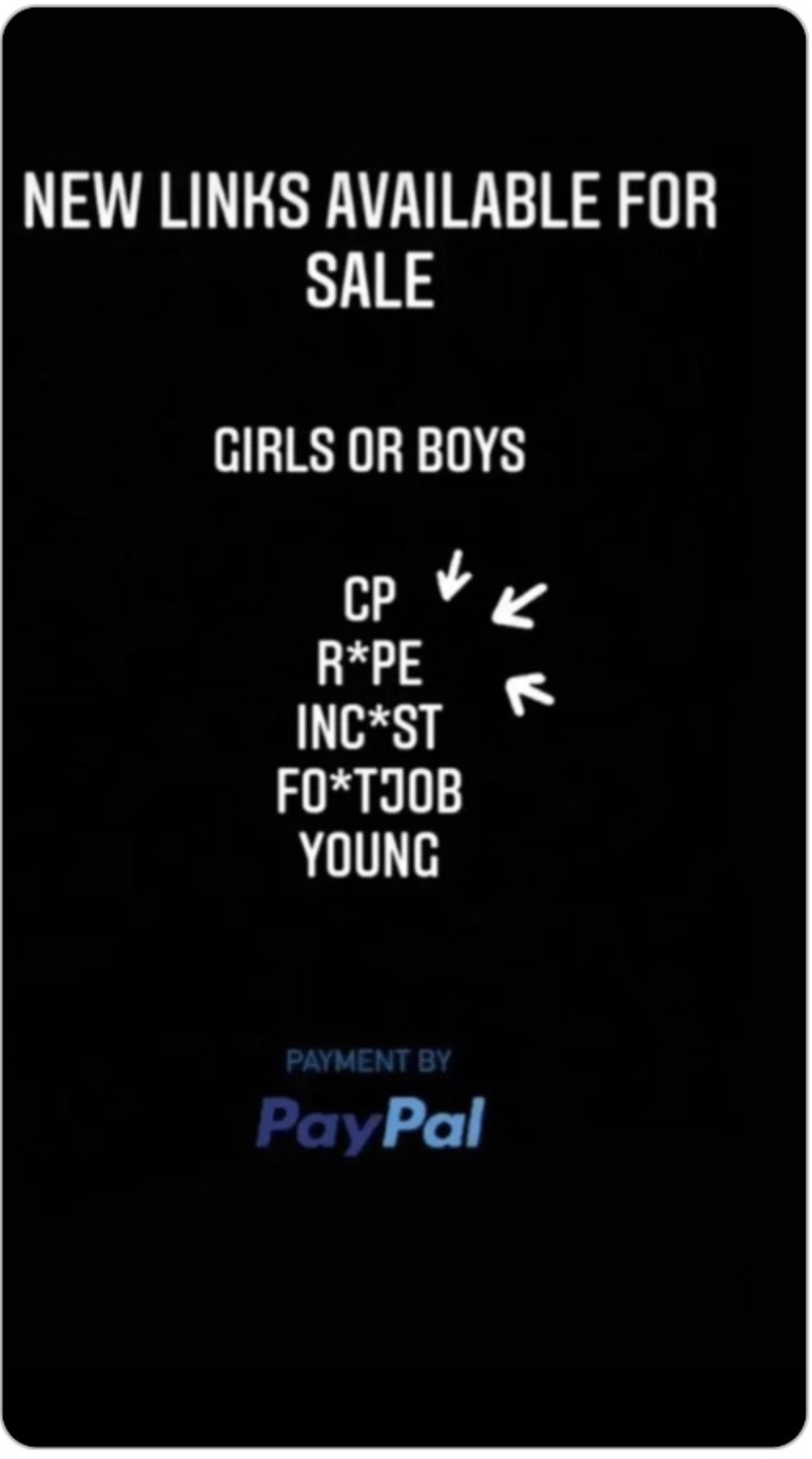 We included this information in our recent submission on the online industry's draft Codes of Practice. The Codes outline how online entities plan to protect users from exposure to harmful content.

We described how Big Tech has aided predators and failed children by providing the means to advertise, promote and sell children’s content (including child sexual abuse material), and connecting sellers to predatory men who drive demand. We said that industry codes must reflect genuine commitment to children’s safety and explicitly prohibit this activity, and that online entities must also indicate how they will detect, remove and appropriately report accounts engaging (or appearing to engage) in the sale of child exploitation material to relevant authorities and/or regulators.

We also sent this information to eSafety. We would like to know what our Federal Government online safety agency is doing to hold corporates like Meta, Mega and PayPal accountable for facilitating child exploitation.