A child failed: how 120 men got away with the sexual violation of a 12-year-old girl

“In a case involving the relentless sexual, emotional, and psychological abuse of a child, the men are protected”

A 12-year-old Tasmanian girl is forced into prostitution by her mother and her mother’s boyfriend, while in the care of community protection workers. They advertise her as “Angela, 18”. She is allegedly used by at least 120 men in an ordeal that last two months and leaves her with a sexually transmitted illness. The mother and boyfriend are jailed. What happens to the men? Nothing.

Since then, Melinda has received a number of enquiries from concerned people asking, what can we do? People rightly do not think it is just that 120 men go free, without a trial, with the pathetic excuse that they thought the prostituted 12 year old girl was actually 18. No one should have to suffer what this young girl has been through. Men who harm, violate and abuse children should be held accountable. Make your voice heard on this, contact details after the article. 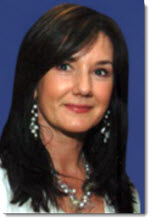 Last week, the Tasmanian Director of Public Prosecution, Mr Tim Ellis, released an eight page Memorandum of Advice to the Tasmania police which instructed that at least 120 men who had paid to have sex with a 12-year-old ward of the state will not be charged with breaking the law.

On October 1, on Stateline Tasmania, Mr Ellis dismissed broad community and expert concern about the case as nothing more than a symptom of “wicked” media sensationalism. He added the gratuitous comment that the law rests with a “reasonable jury, not a lynch mob”.

In effect Mr Ellis framed the numerous and profound media and expert critiques of the social justice issues that this case clearly raises as nothing more than an hysterical media driven moral panic about child sexual abuse.

It’s a puerile argument, as stupid as it is offensive to public sensibilities. This tactic reduces the complex reasons behind the critique of his decision with an underhanded accusation that such critiques are not “reasonable”. This is echoed in the Attorney-General Lara Giddings comment: “I understand their anger”. Reducing the profound ethical critiques of this case to a single reactionary emotion – anger – infantilises public concern in order to dismiss such concerns.

Our legal system is premised on the notion that police lay charges where there is evidence that a crime has been committed according to the rules of the law. Yet in this case the DPP has determined that not one, not two, not three, not four, but a series of men charged with paying to have sex with a child all really believed that a 12-year-old ward of the state was an adult. To be clear, the Director of Public Prosecution has used his discretion to void all charges on the grounds that he found every one of their arguments “convincing”. I wonder how many “arguments” they actually had? Or did they amount to the one generic excuse: they could not tell the difference between a primary school age child and a female aged 18. Continued

MARK COLVIN: There's been heated debate in the Tasmanian Parliament about the case of the 12-year-old ward of the state who was sold for sex.

The Opposition is calling for a Royal Commission-style inquiry. The Government is rejecting that call but it will review the state's child sex laws.

An independent group of lawyers will determine whether Tasmania's laws about consent and mistaking the age of children should be changed.

The review has been sparked by the fact that the men who had sex with the girl will not be charged. But the lawyer who's heading the review says even if the laws were to change those men would not be prosecuted. Read more at ABC PM.