Recently, the ‘Hotties of Melbourne Uni’ Facebook page popped up in my news feed... 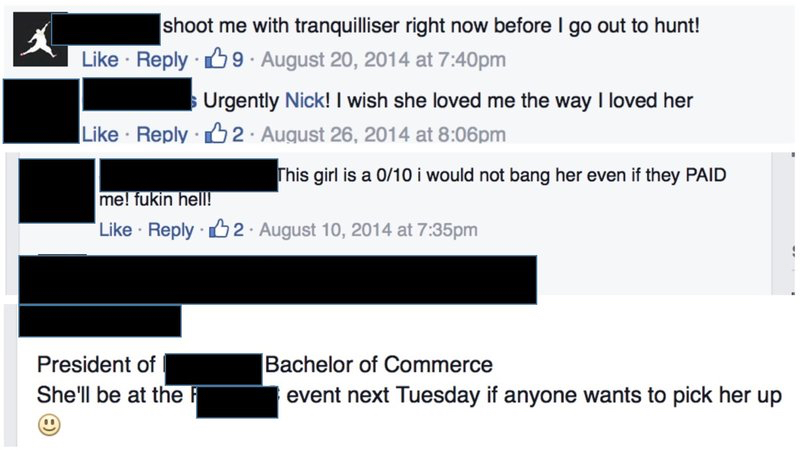 This so called ‘community’ is an initiative of faceless people. The administrators are conveniently sheltered by the blanket of online anonymity, rendering them unaccountable for any wrongdoing. Why are the administrators anonymous? One can only speculate; I doubt it is for any noble reason. Presently, the page is liked by just over 13,000 people, including students of the Law School. MLS students do not make up a large proportion of the followers. However, the Grattan street divide does not remove us from the responsibility of addressing campus wide issues.

Both men and women are featured on the page. Noticeably the men tend to attract sarcastic comments that poke fun, whereas the females attract commentary of a far more sinister nature. Typically, a simplistic, sexual joke about the featured “Hotties” area of study is included in the headline of each post. The latest claims that a biomedical science student “will give private anatomy lessons ;)”. The commentary following a post reeks of sexual harassment, and gives one the feeling that all the creepy people lingering in bars have finally found each other. More specifically, comments refer to the type of sexual practices followers would like to engage in with the “Hottie”; speculation about the sexual practices of the “Hottie”; ratings of physical appearance of the “Hottie”; and questions regarding the relationship status of the “Hottie” featured in the post. 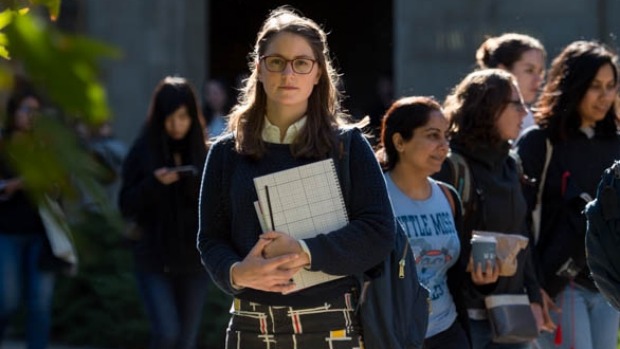 When I saw this page, I was angered for several reasons. The most pertinent being its perpetuation of rape culture. This is most clearly demonstrated by the way it normalises predatory behaviour and is seen in comments such as “shoot me with a tranquilliser right now before I go out to hunt!”, “Geez she'd get it” and “This bloke doesn't take no for an answer”. One post even has details of where the “Hottie” can be picked up. These ‘smaller acts of sexual violence make larger crimes possible’ (*see below) and should not be excused by those who ought to know better.

Apparently, “Hotties” can send the administrator a personal message to request the removal of a photograph. This leads to the conclusion that not all “Hotties” consent to the use of a photograph of them. It is clear from some of the comments that this is the case.  Even if some do consent, their permission does not excuse the page. Claims to the contrary echo the phrase ‘she asked for it’. I sent a message to the page asking for clarification on this point and received no reply. I wonder how responsive they are to messages requesting removal?

To top it all off “Hotties” are treated as property. You don’t need a course in property law to know that. “Sold: I'll trade you 6 goats and 100 gold pieces” is the clearest example of this backwards way of thinking. These ideas are repugnant to the very basic norms of our society.

When choosing to like this page people may have thought they were engaging in a bit of fun. Perhaps, they were swept up in the whirlwind of a Facebook trend. But, if you follow this page, or like posts from other similar pages, you need to take the time to think about what your ‘like’ really means.  Hiding behind the hollow gloss of false humour is a space that enables and most worryingly normalises sexism and predatory behaviour.  It is a space in which people are promoted as property, commoditised as mere objects and stripped of their consent.

Every ‘like’ promotes the page, it allows the misguided ideology of the page to trickle into the newsfeed of your friends, your family and the community of this university. Every ‘like’ validates the abhorrent statements of the commenters. This space captures the casual sexism and everyday predatory behaviour that contributes to rape culture.

After viewing the page I sent a concerned e-mail to the MLS faculty. I was advised that the University was aware of the page and simply have no power to remove it because it is a private page. From all accounts they absolutely do not approve of it. The best I could do was report it to the ‘safer community program’ which yielded no remedy.

There are many things that the University can do to make our campus safer—but really—this one is on us. The success of this page comes down to the fact that it has an audience, an audience of students, students from The University of Melbourne. Goodness knows we’re keen for an online debate. We hardly shy away from grand Facebook show downs. So it’s time to get cranky and take some action. Not only because it is the right thing to do, but also because the mere presence of this page damages the purported excellence of our institution. It compromises the safety of our campus.

I have made a petition to send to the administrator, in the hope of getting the page shut down. If I do not receive a response I will comment on every post with details of the petition.

If you have 'liked' the page, now is the time to 'unlike'. If you have friends that ‘like’ the page let them know today that this is just not okay.

Let us set the standard of what behaviour will be tolerated by our community.

Laura Blandthorn is the President of the Later Law Student Network