Wicked Campers has narrowly avoided having one of its vans deregistered after the Queensland Government suspended its registration until the company removed the “offensive” advertising deemed inappropriate by Ad Standards Board.A Wicked Campers van with a Queensland registration, which had the statement “oral sex is a great last minute gift” written on the back, was banned by the Ad Standards for using inappropriate language and reference to a sexual act. 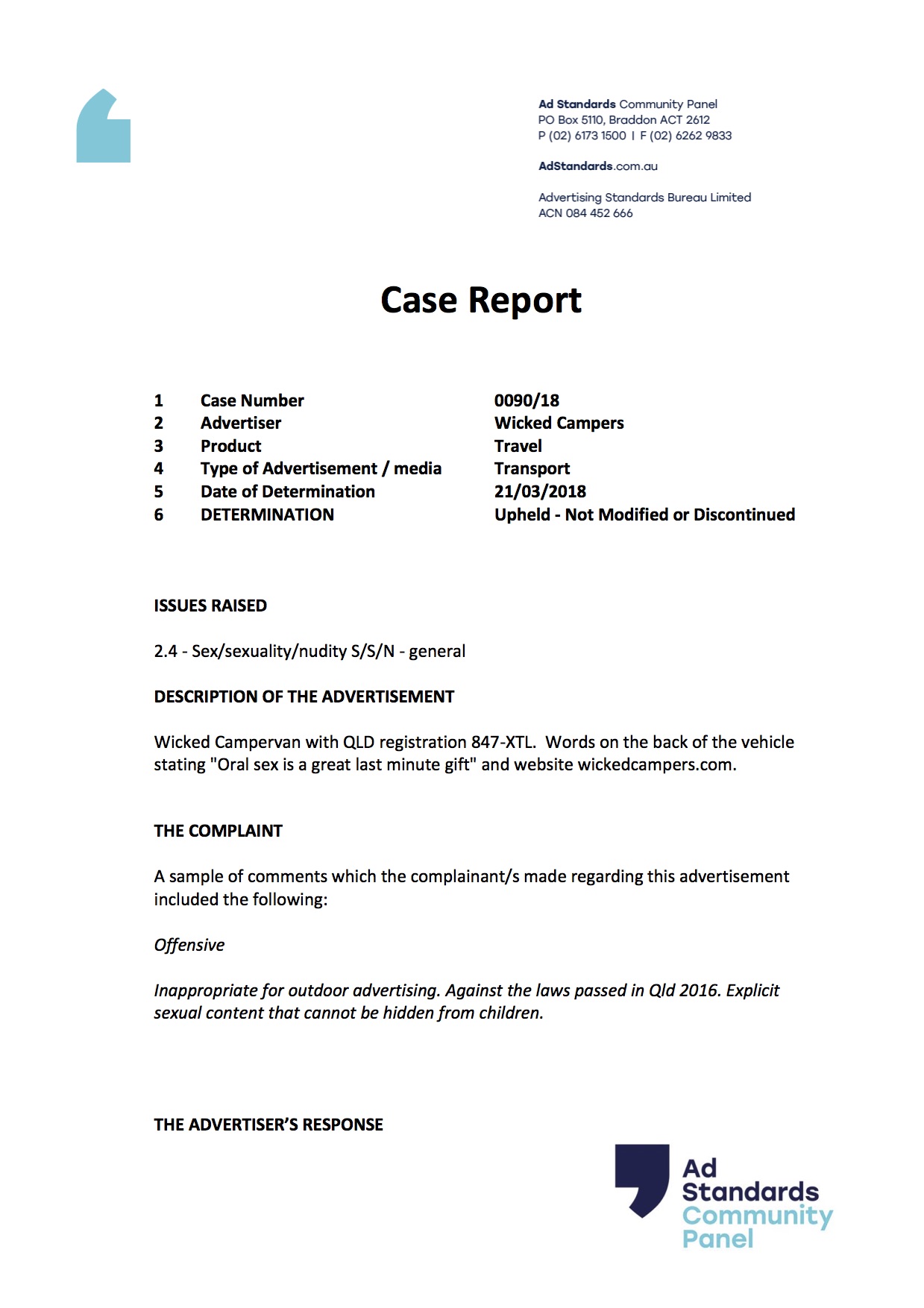 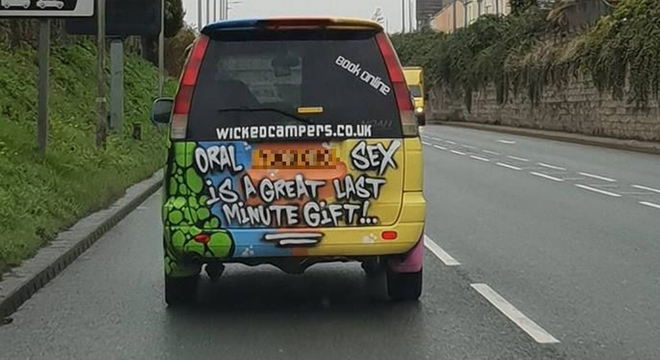