Melinda Tankard Reist writes for Eureka Street on the phenomenon of boys sexual moaning in class. 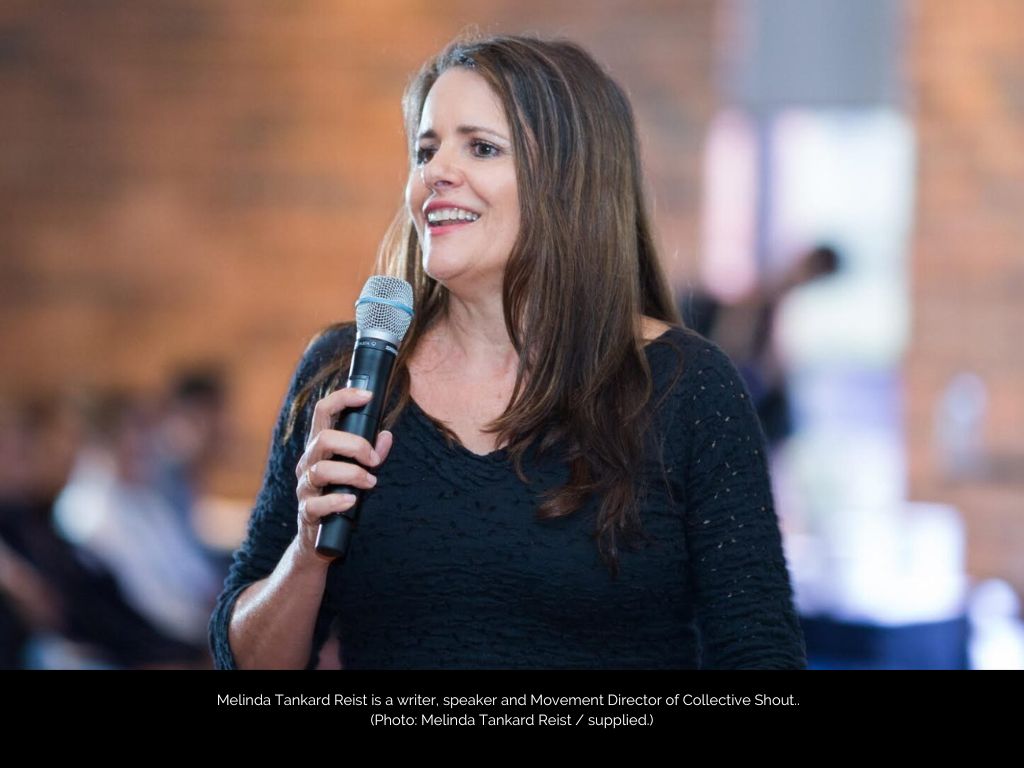 The noise greets her the moment she walks into the classroom. The sound is guttural, a low, insistent moaning. It begins with one boy. Quickly others join in, enjoying her confusion and embarrassment when she understands the intended meaning. It is a daily sport. I first became aware of the phenomenon of sexual moaning in our institutions of learning when visiting a large public school in regional Queensland early in 2021. I asked the girls what messages they would like conveyed to their male peers.

‘Please ask the boys to stop making sexual moaning noises in class.’ This was new to me. ‘How many of you have heard boys make these noises?’ I asked. In unison, 300 girls raised their hands.

It wasn’t just in the classroom either, they told me. It was on the school bus. At weekend sport. At a party. In the line-up at Maccas. While walking down the street. Even at home, where an older brother had trained the younger in the art of sexual groaning. But this community was not an outlier.

From then on, I asked every female student in every school I was able to enter in the COVID-disrupted year that followed if they had been similarly confronted. ‘Yes, of course we hear these noises.’ ‘It’s normal.’ ‘We thought we just had to put up with it.’ They think this practice of boys simulating the noise of orgasm at any female in their midst is normal. Not unusual, not rare, not out of the ordinary, but normal.

I added ‘Please ask boys to stop making sexual moaning noises’ to other messages girls routinely asked me to relay, including:

These everyday sexual affronts tell us a great deal about how entrenched the objectification of girls is. They also tell us how widespread is the callousing of our young men, the erosion of empathy, the decay of civil behaviour, and the social arson caused by mass pornography saturation.

"It makes my skin crawl": sexual moaning rise in schools