As a massive old skool (and sometimes new skool) RnB, Rap and Hip Hop fan, I often find myself experiencing some pretty serious cognitive dissonance to try to enjoy my music without yelling at the radio or crying into my crisps.

As a younger feminist, I used to tell myself that it was okay that women were called bitches and hoes because that’s the way that artist chose to express themselves (I know, I know, so progressive).

As I got older, I started to resent the use of the word ‘bitch’ in my once-favourite songs. I stopped listening to some artists because I couldn’t stand the way they spoke about women and sex. The next challenge was dealing with the rise of female artists using ‘bitch’ and ‘nasty hoe’ to describe themselves. I thought the rise of female MCs, rappers and writers would eliminate this constant woman-hating but it didn’t. Nicki, Cardi B, Lil Kim, Missy Elliott – they made me wanna two-step and cry at the same time.

(Edit: I would just like to add that misogynistic and rape-glorifying lyrics are found in Death Metal too so this issue clearly isn’t unique to my music preferences, but I have never listened to it so didn’t know until someone told me today! Here’s a link.)

It is often the case in music that women sing about loving men and men sing about f*cking women. And it’s this that I want to talk about.

I noticed recently that the range of ways men sing, rap and talk about having sex with women has become inherently violent. They aren’t talking about ‘getting jiggy’ or ‘having fun’ or ‘doing the deed’ – I mean, they are not even calling it sex anymore. Not only that, but they are not even naming or identifying the woman anymore.

I decided to sit and think about all the violent ways men describe having sex with women these days, and came up with this list in about 3 minutes. I am sure there are many more and people will contact me with others.

There are two main points here. The first is that sex is being described in very violent terms and the second is that the word ‘that’ is used in place of ‘her’ to objectify the woman they are talking about. These men aren’t saying ‘I would love to have sex with her’ or ‘I would shag her’ or even ‘I would f**k her’ – they are saying ‘I would f**k that’. ‘That’ is not a pronoun. ‘That’ is not a name. ‘That’ is used for objects. I’ll come back to this point.

When I started to search the terms I had heard and read, I easily found memes, articles, discussions and blogs using this language about women in a completely normalised way. Men saying to their friends ‘The girl next door, I would ruin that!’ or ‘She’s gonna get it hard. Beat that p***y up!’ The image of all of the guys saying they would rape the sleeping girl on the sofa. I found hundreds of song lyrics like the ones I have listened to.

Gucci Mane released a song called ‘Beat it up’ about having sex with women. So did Slim Thug. So did Chris Brown. And no, I’m not talking about one song they all featured on, I’m talking about three separately produced songs about ‘beating that p***y up’.

Here are the lyrics from Slim Thug:

Whether you know it or not, Ima beat that pussy right

Chris Brown says he f**ks women back to sleep in ‘Back to sleep’. I don’t really know why he would want to make a woman he has sex with fall asleep but the song lyrics are creepy as shit:

F**k you to sleep, wake you up again, I go so deep, beat it up again

Just let me rock, f**k you back to sleep, girl

Just hold on tight to me, girl

The issue here is that these influential men in our popular culture and music industry are openly using sexually violent references to having sex with women and then every day adults (and children) are singing along to Chris Brown riffin’ about the women he wakes up to make them have sex with him again when they are too tired. We are so oblivious to what we are listening to, this language quickly becomes the norm.

One article I found listed every artist they could find who referred to sex as ‘beating the p***y up’ and they found over 15 current male artists using that term in hit songs. Jay-Z to Lil Wayne – they were all describing sex as harming women.

After searching for evidence on each one of the terms I listed above, I found a website discussing what ‘destroy that’ and ‘ruin that’ meant and was surprised to find how open men were when talking about what they meant. I had thought that maybe it was being used semi-consciously by men who were using it in banter, but they were using it literally. One page defined it as ‘having sex with her so rough that you cause injuries, the more physical injuries the rougher it probably was’. One man said he used it with his friends to mean destroying or ruining a ‘nice girl’ by having very aggressive sex with her or by taking her virginity.

It reminded me of a film I watched (and use in my teaching) about mail order brides and the way white, wealthy guys were buying and sexually exploiting women as servile brides from deprived areas. There was this one guy who used military metaphors to discuss meeting and having sex with potential brides. He made my skin crawl.

He is sat in a dark club when he says to the camera:

“Uh, the search and destroy mission for today is to circulate, work the room, identify a target and go for it. If plan A doesn’t work, I retreat, rally the troops and then go out and then try plan B uhh to capture the target.”

This links to the second point I wanted to make – that this language dehumanises and dementalises women – it reduces them to their ‘p***y’ or their ‘ass’ that the men are going to ‘hurt’ or ‘hit’ or ‘crush’ or ‘beat that up’. They no longer converse about sex in human terms – they talk in metaphors and disconnected, dehumanised language. They refer to women as ‘that’ or they only talk about her body parts. She is there to be used, abused and hurt for their pleasure.

Where is this sexually violent language coming from?

‘Teen gets anally destroyed – hear her real screams and crying’ 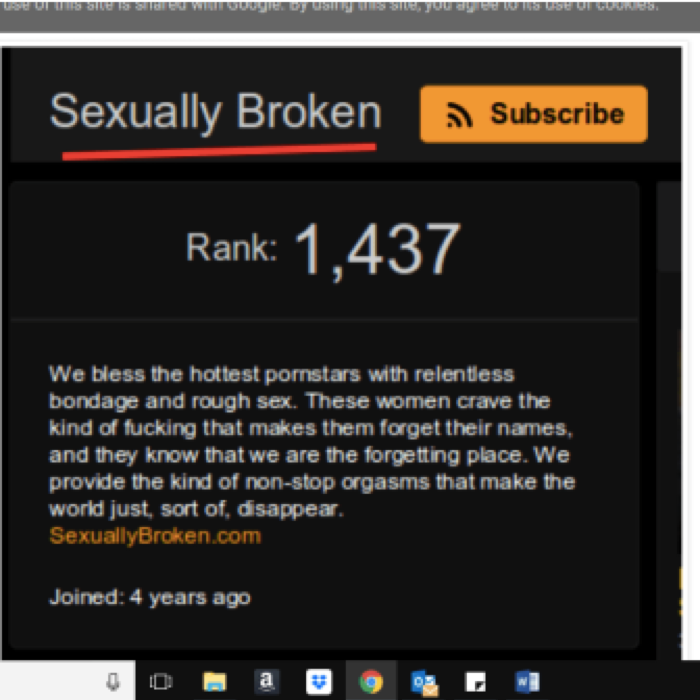 We must talk about the way that violent materials depicting the rape and abuse of women and teenage girls is becoming the norm. Actually not the norm, the goal. The harm of women is becoming glorified, not normalised. When women like Long, Dines, Bindel and Blac talk to us about violence in porn, they are not talking about a light tap, they are not taking anything out of context or exaggerating, they are talking about the sexualisation of choking women, beating women up, raping women on camera and hurting them so badly during sex acts that they cry out for help, pass out or scream in pain.

It hasn’t taken long, but this acceptance and arousal of sexual violence against women has slipped into common everyday language about sex with women. Role models in hip hop, rap and RnB are using this language in their hit songs. Children and adults are singing along to these lyrics. Hit that. Hurt it. Beat that p***y up. Smash that. Destroy that. Ruin it.

In a study conducted in 2006, Fischer and Greitmeyer found that men who listened to sexually aggressive and violent lyrics were more likely to choose for women to suffer painful situations than the men who had listened to normal music lyrics in a controlled study. In a follow up study, men listening to misogynistic lyrics were more likely to subject women to ice-water-treatment than men who did not listen to the misogynistic lyrics.

Adding sexually violent lyrics to some of the bestselling songs in the world is a clear method of normalising male violence against women and girls.

What can we do about this?

Parents and Carers of children and young people

Other adults in society

I don’t know about you, but I want my sex to be healthy, pleasurable, consensual and safe. I don’t want anyone to beat it up, hit it, nail it, destroy it or ruin it.

Boycott this language everywhere you hear it or see it.

As published by the author.

With special thanks to Suzzan Blac, Julie Bindel, Gail Dines and Julia Long for their tireless and selfless work in this subject. 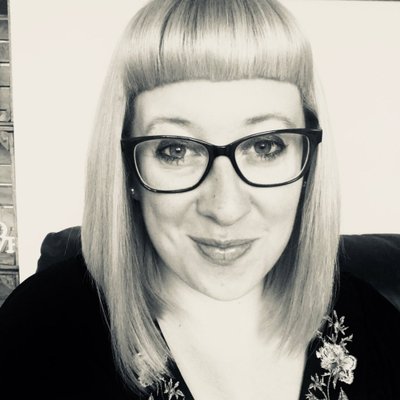 Jessica Eaton is a speaker, writer and researcher in forensic psychology, sexual violence, feminism and mental health. Visit her website, follow her on Twitter, or email her at [email protected]

If you have been affected by the content of this blog, please find some contacts you may find helpful below. If you don’t want to talk to a stranger or professional, talk to someone you love and trust. This topic is not easy to stomach sometimes and it is normal to be disturbed by sexual violence and abuse. Please don’t struggle alone.

The National Sexual Assault, Family & Domestic Violence Counselling Line for any Australian who has experienced or is at risk of, family and domestic violence and/or sexual assault.

A national number which can help put you in contact with a crisis service in your state. 24 hours, 7 days a week.