As expected: "The advertiser has not provided a response to the Panel's determination"

An enormous advertisement for a new Honey Birdette store has attracted complaints to Ad Standards.

The advertisement features a woman in black lingerie draped over a lounge chair in a highly sexualised, submissive pose. Eyes closed, mouth open and with a hand between her legs it appears Honey Birdette have also taken the opportunity to use a cheap sexual pun with the phrase, "coming soon."

Ad Standards have upheld complaints against this ad but with no enforcement power and with shopping centre management turning a blind eye to the actions of their tenants, no action will be taken. Through its negligence these shopping centres have become complicit with Honey Birdette's unethical behaviour and in doing so have indicted themselves.

Collective Shout continues to raise awareness about ways in which the sex trade imposes itself on the community. Shoppers who pass by these stores are held captive to porn-themed imagery and even more so the people who work in the centre itself. To force porn-themed imagery on a non-consenting all-ages audience which includes children is a form of sexual harassment. This also violates a childs right to grow up free from sexual exploitation.

Photograph Honey Birdette's shop front ads and send them to us so that we can hold Ad industry self-regulation to account.  Include the date and location where you saw the ad.

Make sure to submit complaints about advertising to Ad Standards so that your complaint and the outcome is officially recorded. 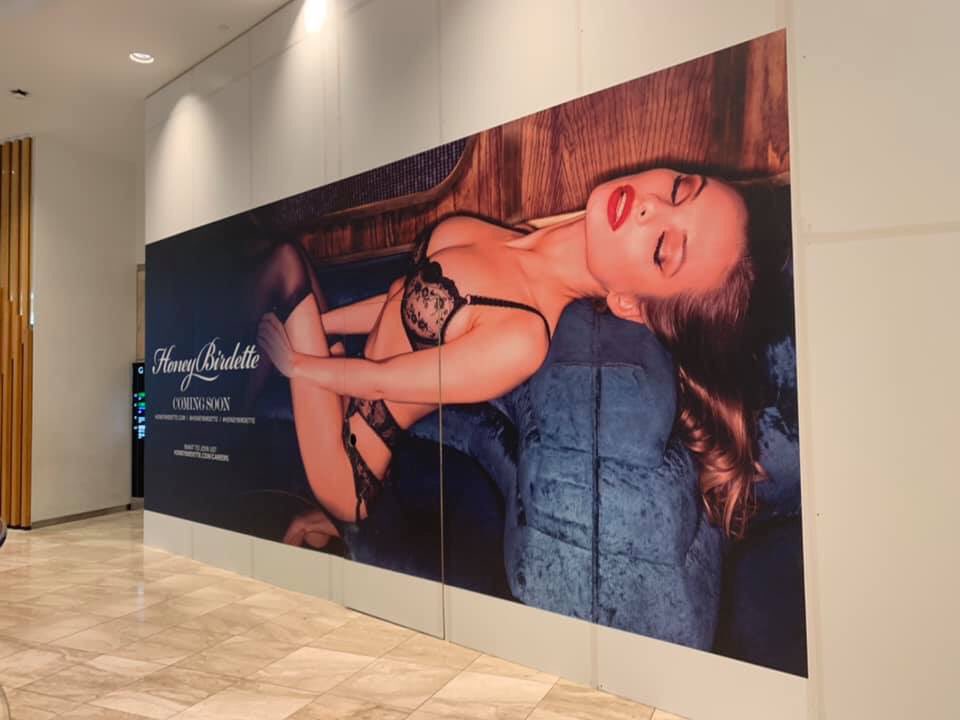 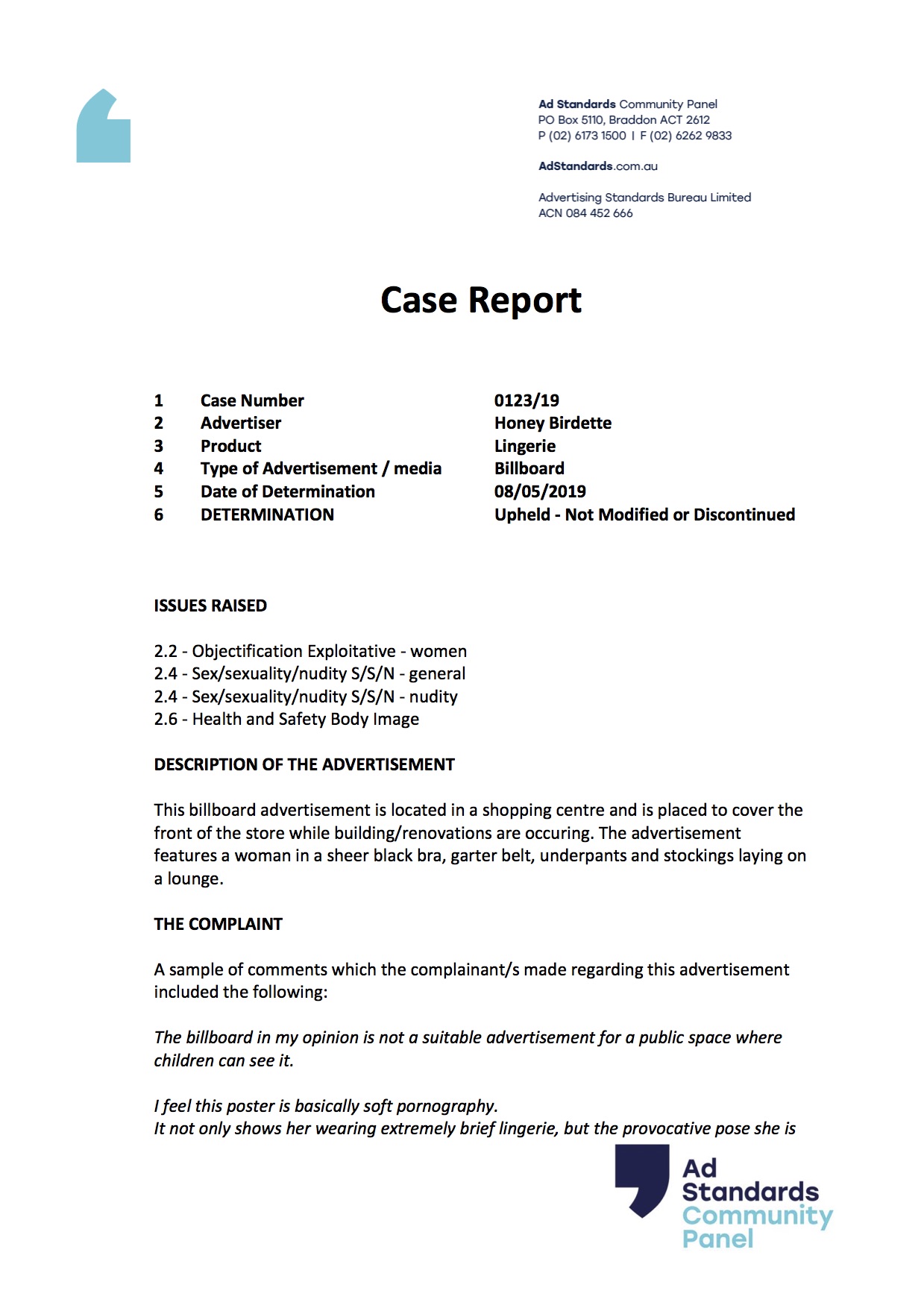