It's finally upon us - the long-awaited release of Fifty Shades Darker, the second installment in the Fifty Shades of Grey film trilogy. But rather than swooning, I find myself shuddering. 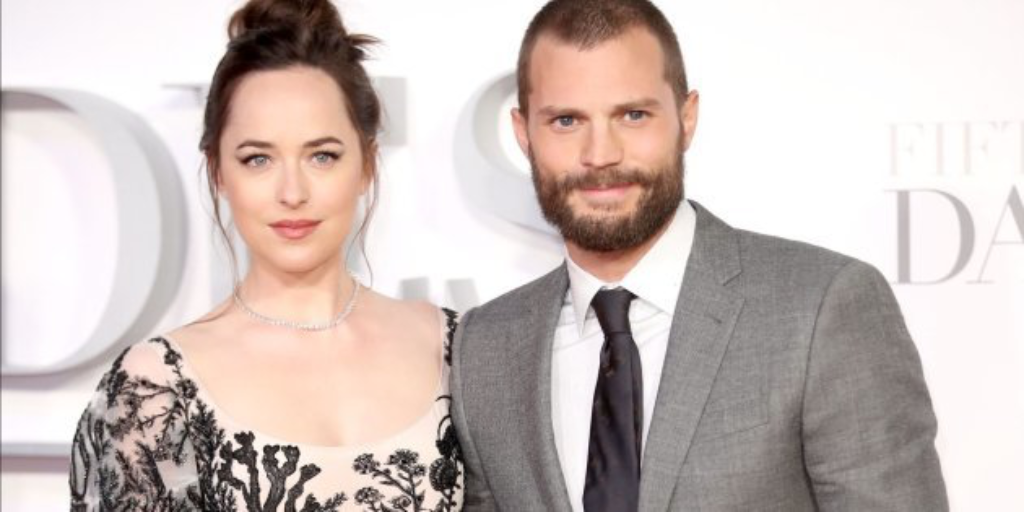 The 'romantic' lead is Christian Grey, a deeply disturbed individual who immediately begins stalking the naïve and virginal Ana. Christian is jealous, controlling and manipulative and has a penchant for sexual violence (this man just has 'catch' written all over him). He even attempts to persuade Ana to sign a contract that allows him complete control over her, from making herself available to him for sex on demand down to dictating what and when she can eat.

An analysis of the first book found that the so-called romantic relationship between Christian and Ana was characterised by intimate partner violence. Using the US Centers for Disease Control and Prevention's definitions, researchers found that emotional abuse and sexual violence were pervasive throughout, noting that emotional abuse was present "in nearly every interaction". This was evidenced in stalking, such as tracking Ana's movements via phone and computer technology, limiting Ana's social involvement, intimidation and threats.

"No," I protest, trying to kick him off. He stops. "If you struggle, I'll tie your feet too. If you make a noise, Anastasia, I will gag you."

Despite this, Fifty Shades has become a global phenomenon, inspiring a range of merchandise including lingerie, wine, sex toys, hotel packages, hardware stores selling Fifty Shades packs including rope and duct tape, and even baby onesies emblazoned with handcuffs and the slogan "I pretend Christian Grey is my daddy."

So what happens when a film series of this magnitude frames domestic abuse and male violence against women as sexy and desirable? What message does it send to women and girls, and also to men and boys? Who benefits from widespread acceptance of the belief women and girls secretly want and enjoy sexual violence?

Of course, not everyone shares these concerns. In my work with campaigning movement Collective Shout: for a world free of sexploitation I've engaged with various fans of the books that argue Fifty Shades is merely a work of fiction and therefore has no influence. We addressed this and other common arguments on our website.

Alarmingly, many people who defended Fifty Shades and argued it had no impact on attitudes towards women or men's violence against women went on to spout various myths and misinformation about domestic violence, illustrating a profound lack of understanding about these issues. While these attitudes and beliefs already exist in the community they are powerfully reinforced in Fifty Shades.

Fifty Shades does not depict an abusive relationship, I've been told, because Christian never beats her (as if domestic abuse is limited to physical assault). Another argument I encountered was that if she didn't like it she would leave, again failing to understand the fear, power relations and complexity at play in domestic violence situations. Others still downplayed or defended Christian Grey's abusive behaviours, claiming his stalking and controlling tendencies were evidence of how much he loved her, excusable because he was a victim himself, or irrelevant because 'he changes in the end'.

In stark contrast to the Cinderella story where (spoiler alert) the abuser can change if his victim sticks around and loves him enough, the reality is that the violence tends to escalate over time. As author Gail Dines points out, "Battered women's shelters and graveyards are full of women who had the misfortune to meet a Christian Grey."

Women's groups around the world have come together calling for a boycott in response. Collective Shout, the London Abused Women's Centre, Culture Reframed and the National Centre on Sexual Exploitation have been joined by dozens of groups in an international campaign, Fifty Dollars Not Fifty Shades.

The campaign is calling for members of the public to boycott the film and donate fifty dollars (or another amount) to domestic violence organisations or women's refuges, because in the real world, that is where women like Ana end up. Supporters are encouraged to use the hash tags #50DollarsNot50Shades and #FiftyShadesIsAbuse to promote awareness of the giving campaign.