A representative from Rusty made the following statement in an email to one of our staff members:

Thank you for bringing the imagery to our attention. We are deleting the content that relates to Mimi on the bed “Missing Pants” campaign. All online imagery will be down over the next 48 hours and our sales team have been informed not to use that poster in store windows.

This ad for the surf wear range was recently spotted at Planet Surf. The young woman wearing only a shirt and g-string is positioned in a way that draws attention to her exposed backside. 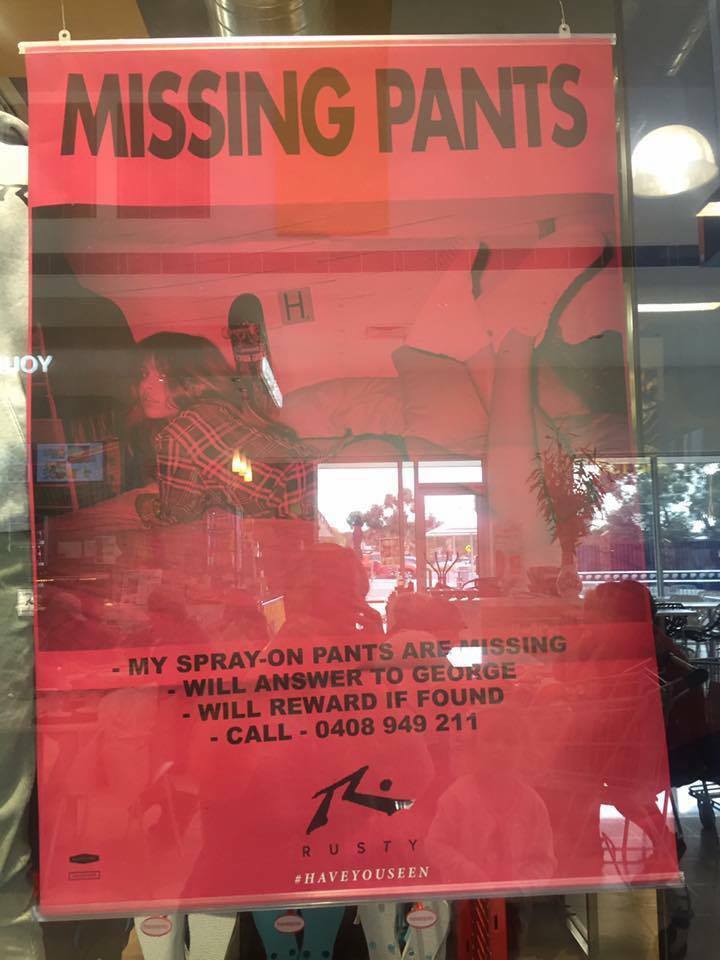 Looking at Rusty's website, this ad is one of a number of images for the #HaveYouSeen ad campaign. There are more images and footage of the young woman (Mimi) and images of a young man named Noa.

There is something quite different about the way Noa is portrayed in these ads. Have a look at this screen grab from Rusty's website. 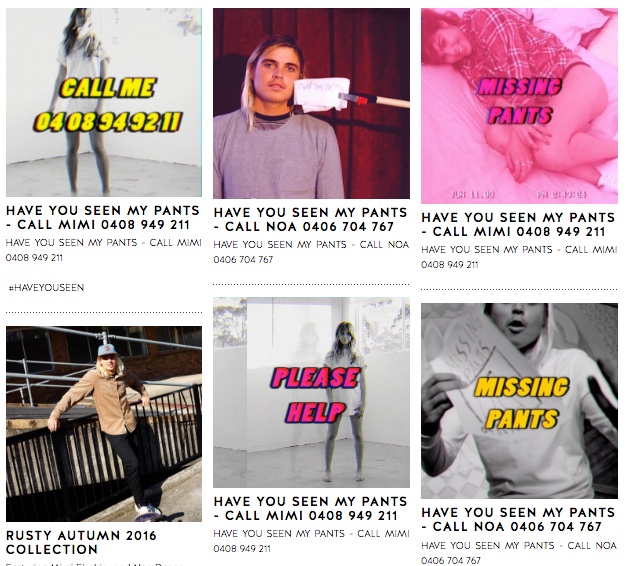 It appears Noa hasn't lost his pants after all (or he was able to find another pair). There are no sexualised images of Noa rolling around on a bed, no submissive look-over-the-shoulder poses and no imagery focussed on Noa's bare backside.

We see the same disparity in videos created for the campaign.

Noa is active and confident in front of a camera and fully clothed. Noa is depicted as being in control of the camera himself. Mimi isn't in control of the camera, she is clearly filmed by someone else who zooms in on her crotch, (which is mostly covered by her hair as she looks down) and follows her movements on the bed and around the room, zooming in on her backside once again.