Collett Smart is both a registered psychologist and a qualified teacher, as well a PhD candidate at Macquarie University. She regularly provides comment on national television and radio, regarding issues on mental health and child advocacy. Collett has worked with families in various countries around the world, for almost 20 years.

As published on Online Opinion

Has Laissez-faire parenting become ‘the new black’? With the help of home grown pot, parent-supervised binge-drinking parties and new self-destructing ‘sexting’ apps, teens can get safely inebriated, safely high, or safely sexually harassed, all in the comfort of the parental nest. The rationale being that teens will do such-and-such anyway, so why say ‘no’ to anything they want to do.

Last week saw the emergence of yet another app, called Sizzle, which functions much like Snapchat or Facebook Poke. Although, Sizzle’s claim to fame is that it does not allow the recipient to take a screen shot and hence store the sender’s image. (Although, Sizzle has a nice little disclaimer around misuse of other methods for copying images) *update - screen shots can be taken on some iphones* 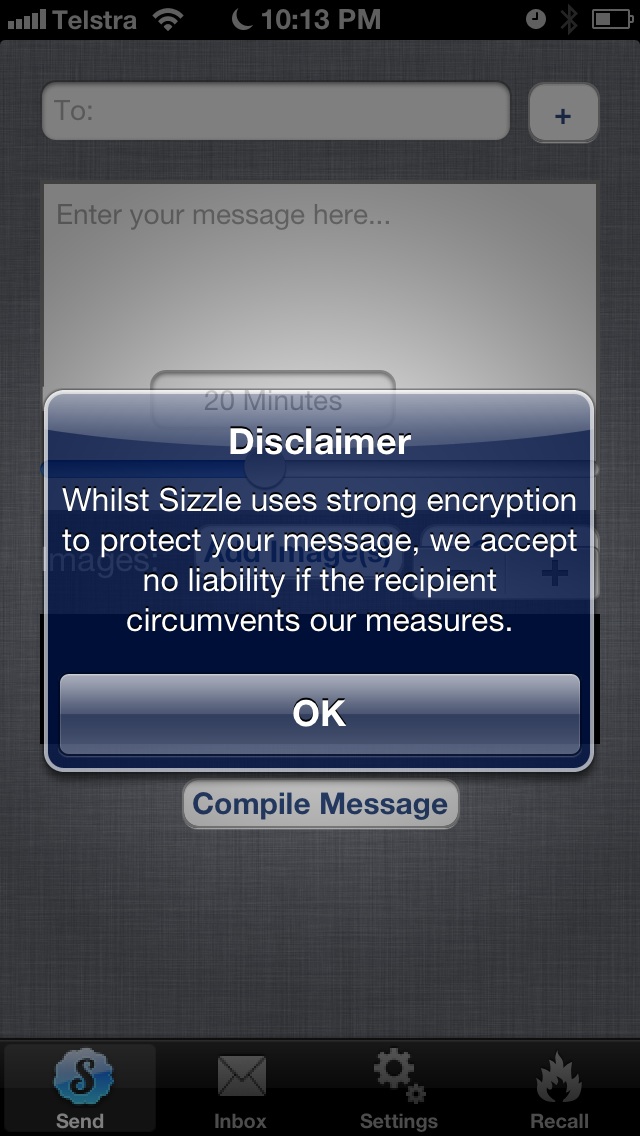 Sizzle is (allegedly) neither being marketed to children nor promoted as a ‘sexting’ tool. However, unless you have been living in a cave for the past year, everyone understands the potential for these apps. When last did you hear a young person wish for their graduation selfie or birthday pout to self-destruct from a friend’s phone?

In defending ‘safe sexting’ or binge drinking, it has been said by liberal academics, that children possess personal agency, so they don’t actually need adult intervention.

Adult intervention? Honestly - what a draconian idea. How about creating child-governed villages (with a conch of course) and sending parents and teachers on an indefinite holiday. Now there’s a thought.

I do not jest. This opinion is very much alive in public discourse. Don’t believe me? Why is it then as soon as professionals (pronounced d-i-n-o-s-a-u-r-s, by some) propose any form of parental boundaries, the ‘moral panics’ brigade come swinging wildly from their corner?

The irony being, that the very use of the term ‘moral panics’ takes on a moral position of its own. The critics consequently determine their own standpoint on morally acceptable or unacceptable behavior.

(stay with me here)

This ‘progressive’ attitude towards ‘modern’ parenting thus excuses the abandonment of all critical faculties. The term ‘moral panics’ tars its target with the brush of dotard wowserism. It reserves for the critic, a levelheaded, cool immunity to the conservative ‘hysteria’ and swirling ‘unreason’ of those around her. It is a calculated appeal that suggests the problem lies in the mindset of the "moral panic-er" as some habitual basher of academics, which prevents a more intelligent argument about the real issues at hand.

When heard, the term functions as a cue to prompt readers to apply the appropriate mental response: ‘A parent like me – tolerant, broadminded and urbane – doesn’t go in for undesirable moral panics!’ Hence, the critic gains another ally, no matter how unfounded his argument.

(good, you are still here - let’s get back to the issue of child development.)

So yes, I get angry when I see parents encouraged to serve alcohol to minors or see (sexting) apps developed, and then presented as ‘harm minimization’ approaches to ‘inevitable’ teen issues.

This approach lulls teens (and their carers) into a false sense of security and exploits those already vulnerable. It is not harm minimization; it is normalisation of risk-taking behaviours.

Just to be clear, I am not for one minute suggesting that young people are empty-headed little vessels, lacking the capacity for critical thought processes. However, consistent scientific research tells us that children do not developmentally, emotionally or behaviourally function at the level of (most of) the adults in their lives.

The costs are real and destructive.

Studies are clear that rather than functioning as an alternative to ‘real world’ sexual behavior, sexting appears to be part of a cluster of risky sexual behaviors among adolescents and was statistically significantly associated with sexual activity. It showed a near-significant trend with reports of unsafe sex.

Kids Helpline recently stated that, ‘In a three-month period, around 500 counselling sessions were offered to kids who called with sexting-related concerns’.

Hence, making it easier for teens to binge drink, smoke pot or send nudes, is not going to make it safer. Rather, it leads to the exploitation of young people’s vulnerabilities for someone else’s profit.

Why is this? Gasp! – Could it be that many are actually taking into account, the guidance offered by adults, encouraging them into becoming fully functioning, responsible, future leaders.

So next time you hear someone cry ‘moral panics’, recognize it for what it is - A lazy attempt at an argument, with little proof behind the claim.

Then go off and find out more about the other view expressed, because something there is possibly closer to the truth.