UK fashion company Boohoo has been told one of its advertisements must not use the phrase "Send nudes".

The company used the phrase to promote a range of clothes coloured to resemble skin.

The Advertising Standards Authority (ASA) upheld a complaint about the advert because it made light of a "potentially harmful social trend".

Boohoo has also been told to make sure its advertising is "socially responsible". 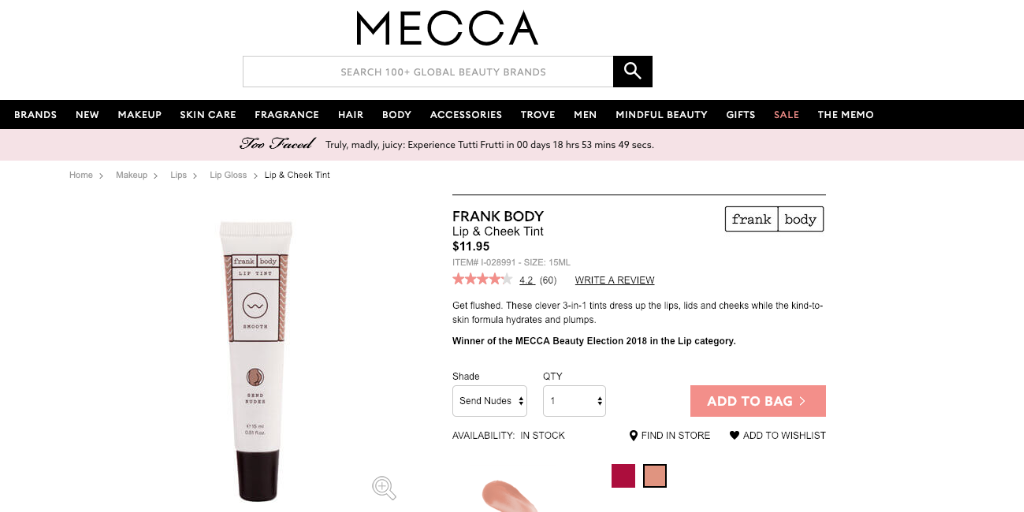 We formally reached out to Mecca CEO Jo Horgan asking them to remove the product from their shelves. This is a product that through its name serves to normalise and legitimise the sexual harassment and requests for nude images experienced by teen girls.

We have attempted to contact Ms Horgan via a number of avenues, each being met with silence. It is for this reason that Mecca has been added to our 'Crossed Off' list for 2019.

We are encouraging all our supporters to boycott Mecca stores and to purchase your makeup and skincare products else wear until Mecca exercise some corporate social responsibility and remove this harmful product from their range.

We do not support companies that profit off the sexual exploitation of women and girls.

Join us in taking action!

Let Mecca Maxima know you will boycott their stores until they remove this product from sale: