Sample of the complaint

In its written determination upholding the complaint, Ad Standards cited the fact that the advertisement is broadcast to a broad audience which includes children.

The Panel considered that although it is reasonable for an advertiser to depict the product being promoted, the depiction must not be not gratuitous and should be treated with sensitivity to the relevant audience. …the definition of sensitive in this context can be explained as indicating that ‘if you are sensitive to other people's needs, problems, or feelings, you show understanding and awareness of them.’ (https://www.collinsdictionary.com/dictionary/english/sensitive)

The Panel noted that this image appears in store windows and considered that the relevant audience includes retail workers, people shopping in the Honey Birdette store and people who are not shopping at Honey Birdette but who are walking past the store, and that this last group would include children. 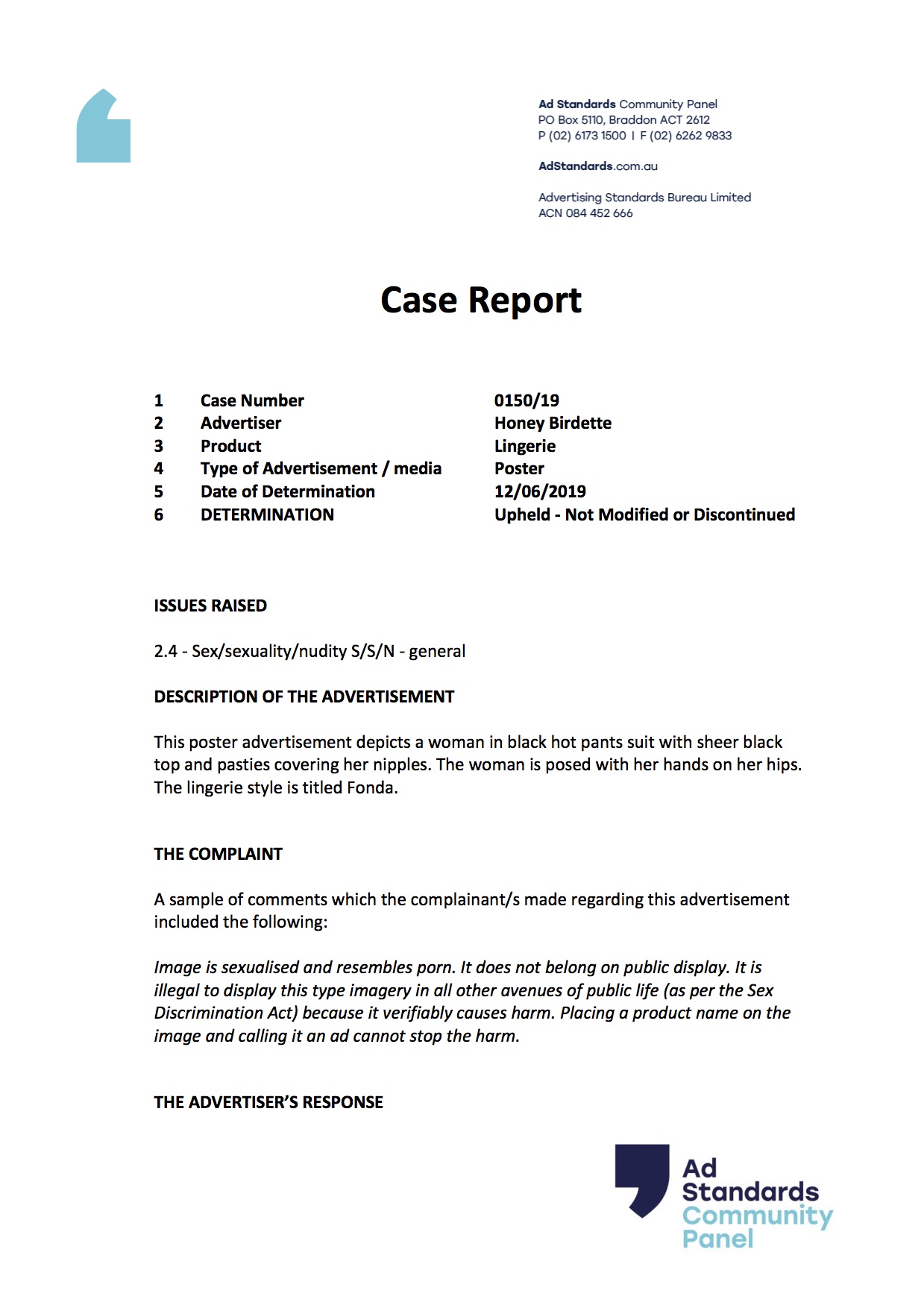 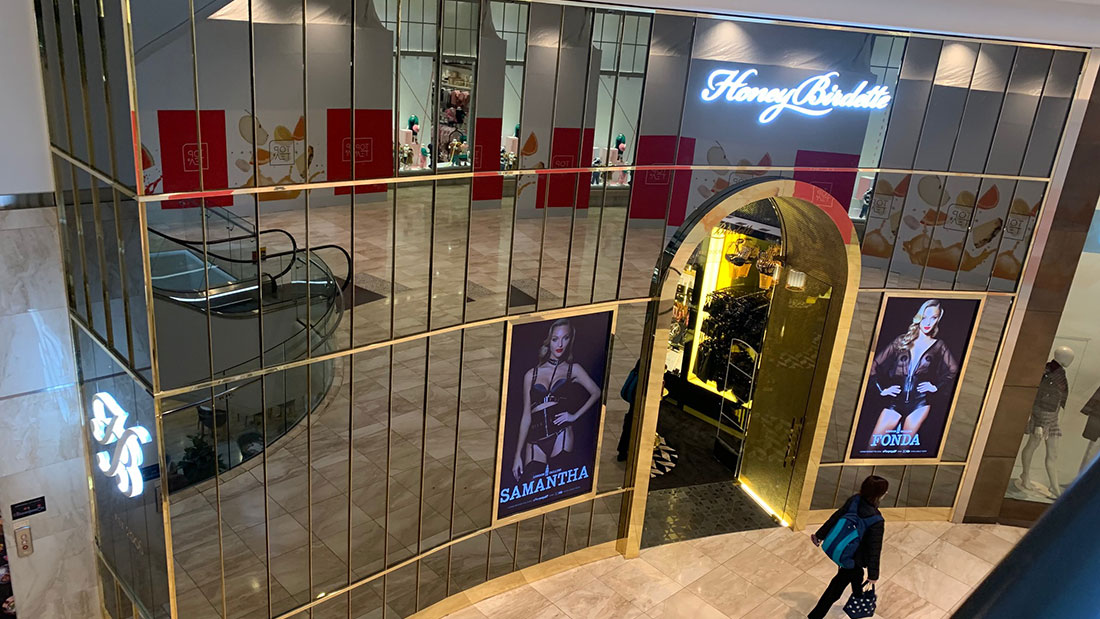