'We got it wrong' Supanova pulls out of Charlie Sheen promo

Supanova Comic Con & Gaming has pulled out of a promotion for Charlie Sheen's speaking tour and has apologised to fans for their 'misguided' decision to advertise the event.

The promotion, posted on Facebook yesterday, offered fans the opportunity to pay $495 for a photo with "Hollywood royalty" along with a discounted $90 ticket to one of Sheen's shows. The page was flooded with responses from fans objecting to Sheen's presence at Supanova and highlighting his long history of violence against women.

"This guy's rap sheet is chilling. Shame on you for promoting him" - Hope White

"Supanova you are sending the wrong message to kids. By promoting someone like this you are telling young boys that violence against women is completely acceptable and normal. Not good enough!" - Johoanna Robson

Later the same day Supanova posted an apology on Facebook explaining their decision to withdraw from the promotion:

We got it wrong.

We were asked to advertise a 'Supanova Special' by the group promoting Charlie Sheen and we thought that, despite his past, this might be something that many of our fans would be interested in.

Your responses made it clear that this was not the case, and have reemphasised many important issues that we take very seriously here at Supanova. As such, we have withdrawn from this promotion and will be dedicating all funds made through this advertisement to an appropriate anti-domestic violence charity. We are very open to suggestions as to where these funds would be most helpful, so if any of you have any recommendations we would love to hear them.

We apologise for any offence that was caused by our misguided decision to help advertise this event, and we hope this helps in beginning to make amends.

This is a great response from Supanova, showing a willingness to listen to the community, review the evidence and take violence against women seriously. We hope Immigration Minister David Coleman will do the same and take Sheen's record into account when reviewing his visa. 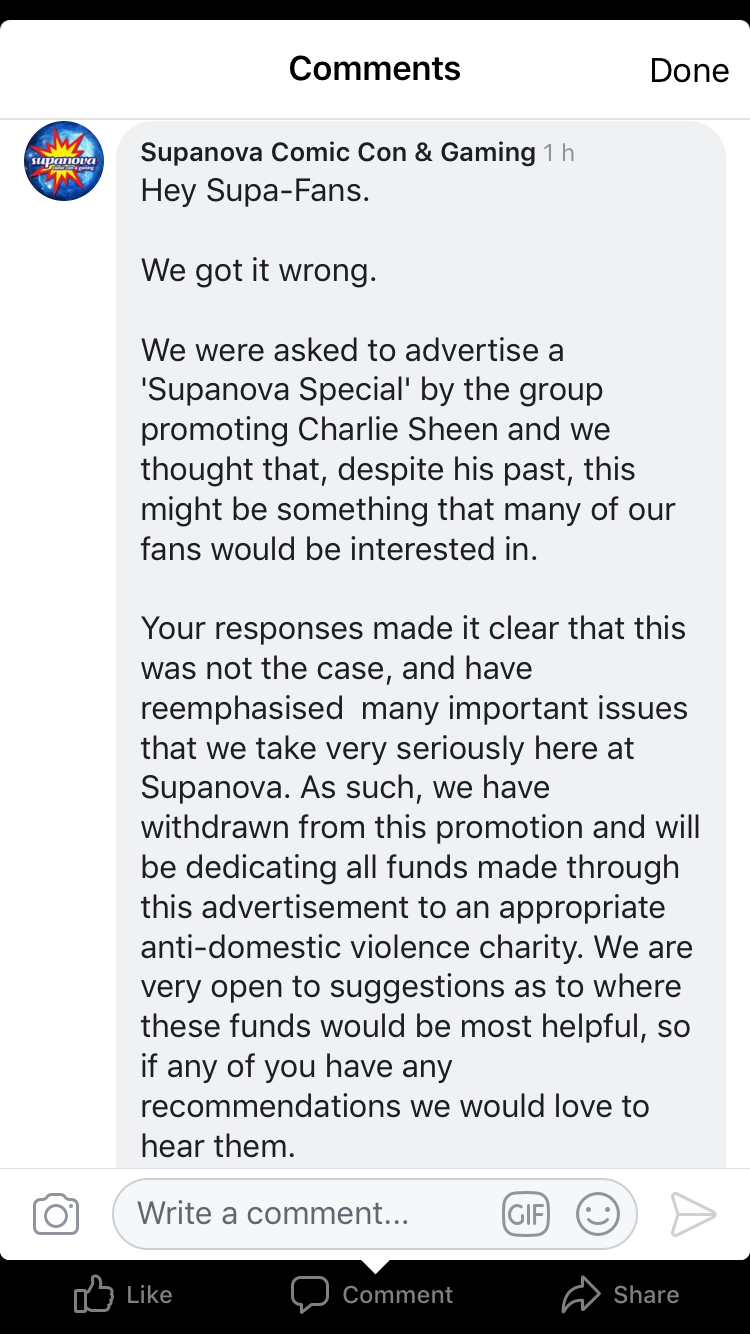 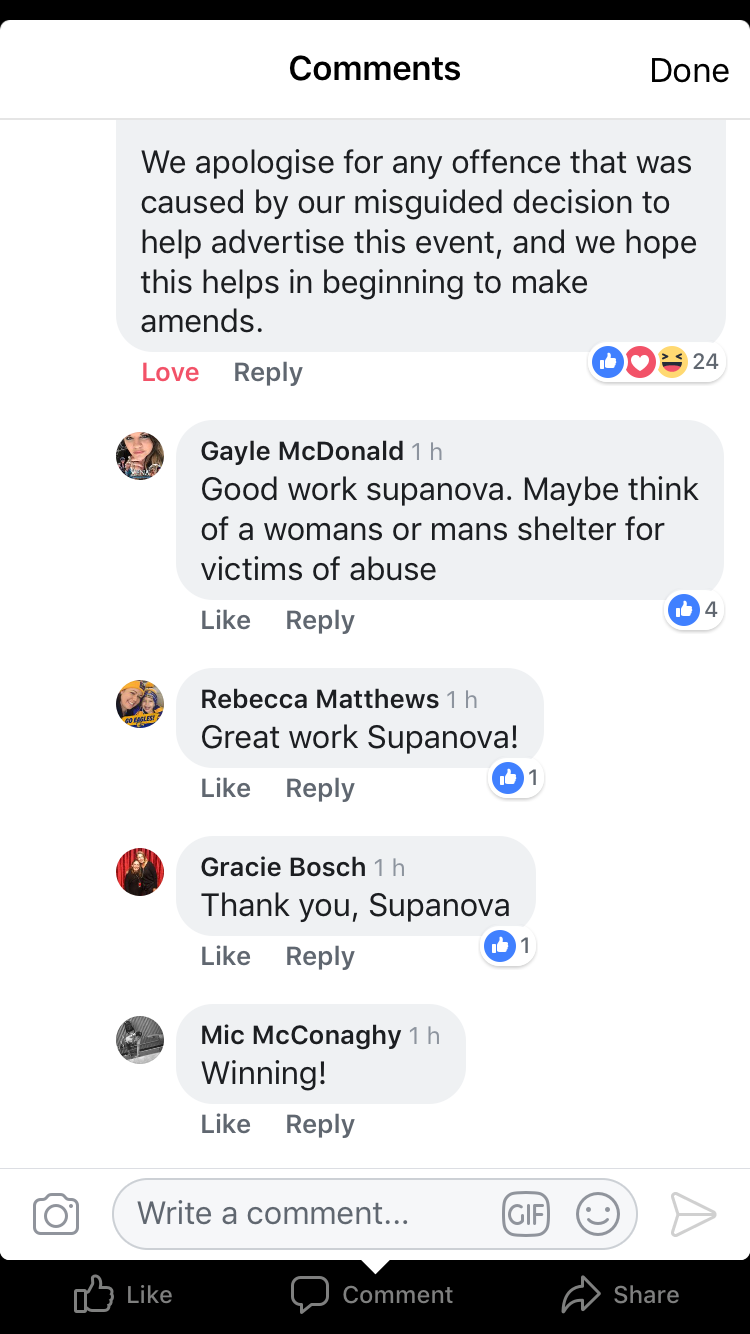