A store owner has bowed to public pressure and removed a shirt accused of glorifying domestic violence - but claims it was just a “joke”.
Krazy Tees, a clothing store based in Mandurah, Western Australia, came under fire for a T-shirt which was displayed in the store’s front window on Sunday morning. 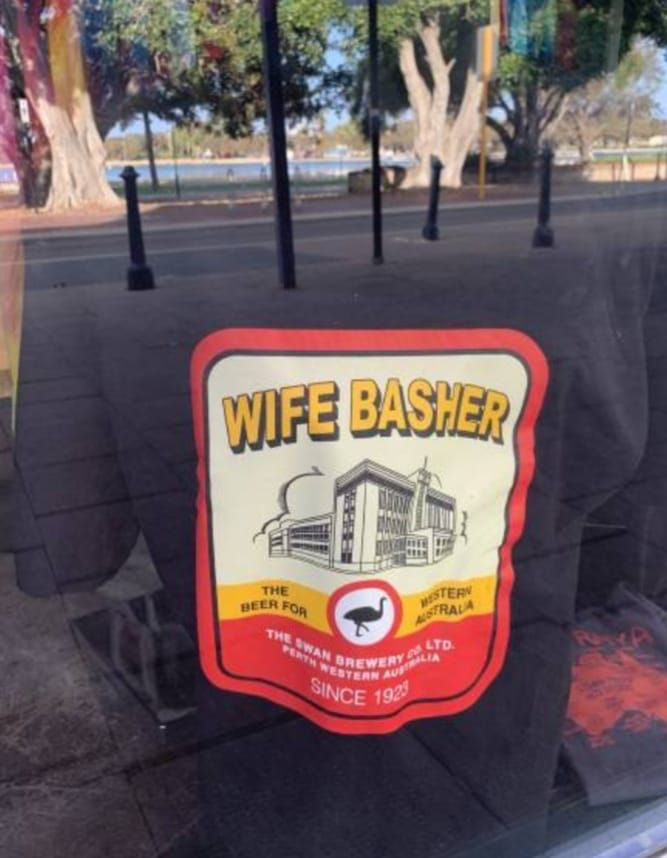 Caitlin Roper told Yahoo News Australia this isn’t the first time she has had an issue with Krazy Tees.

“There was a trend in menswear a number of years ago for printed t-shirts to have soft-porn images of women on them,” Ms Roper said.

“At the time, I was running a campaign against them and calling on retailers not to sell them. Krazy Tees was one of the worst offenders, with sexist, pornographic and very degrading imagery and slogans on them.

“This latest t-shirt is not a one off.”

Ms Roper, now a representative for Reclaim the Night said the ‘Wife Basher’ shirt degrades women and normalises and trivialises violence.
“The common defence is ‘it’s just a joke’. But it’s not a joke, what it really communicates is that women are less than human, that women exist for men’s use and enjoyment, and that our abuse or even the idea of our abuse is humorous and entertaining,” she said.