A tale of misogyny, sexism and the different ways men respond

Guest post today from Melbourne-based writer Guy Sigley. Guy began his blog The World Tells Me to oppose the profit-driven sexploitation and misogyny that are so widespread in popular culture.

Guy's latest article demonstrates some of the ways men respond when sexploitation is challenged. You can read more from Guy Sigley by visiting his blog, The World Tells me.

WARNING: This post contains the kind of offensive, misogynistic and sexually explicit material you are likely to encounter going about your daily life as a citizen of Planet Earth. Well, in The West anyway. With an Internet connection. And a radio. You get the idea.
***

Dean takes a deep breath before responding. He feels his heart rate increase. What have you been up to? should be a pretty harmless question from your mates over a lazy, Friday night beer.

Unless you’re an anti-misogyny campaigner who promotes respect for women.

And you’re a bloke.

Well, actually, I’ve become a pretty strong advocate for gender equality and opposing the sexploitation of women and children in popular culture.’ The awkward, rehearsed words run fast off his tongue.

No-one takes a drink. No-one even blinks. It feels like the whole pub has gone silent.

Thomo, the oldest of Dean’s three friends, puts on a brave face. He grins encouragingly as though Dean has just announced he’ll be dressing exclusively in Lycra and carp skin from here on in. ‘Right, well, right,’ he says. ‘That’s great, mate, good for you.’

Dean looks to Phil and Simon. Simon is trying for a smile but only managing the kind of grimace you reserve for lunatics and marauding wild monkeys.

Phil raises a suspicious eyebrow. "What do you mean?"

Dean breathes out at last, but can feel the collective tension building. "Well, I’ve started to see the world more through my daughter’s eyes . . ."

"And it’s not pretty, lads. The way women are presented in popular culture is appalling. It’s like they’re second class citizens who only exist for men’s sexual gratification."

Dean feels the increasingly familiar outrage. He hopes his passion will resonate with his friends.

Phil speaks. "Simple, mate. You don’t like it, don’t buy it. And keep your daughter away from it as well."

"It’s not possible. Trust me, you cannot avoid it."

"I’m serious. I turned on the radio with Jessica in the car the other day and this is what came on."

And I like the dirt that’s on your knees

And I like the way you still say please

While you’re looking up at me

And I love your lack of self respect

While you’re passed out on the deck

I love my hands around your neck

Thomo: "Serves you right for listening to Nickelback."

"Change the channel," Phil says through a mouthful of beer.

"Didn’t you hear that bloke from Sydney the other week?"

She (the Prime Minister) said that we know societies only reach their full potential if women are politically participating . . . Women are destroying the joint!

Phil: "Buy an iPod, mate. Then you can listen to all the Barbra Streisand you like."

Everyone laughs. "It’s not just radio," Dean says.  "Are you blokes on Twitter?"

Simon has gone to the toilet. 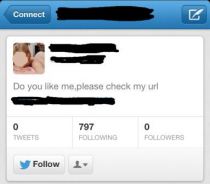 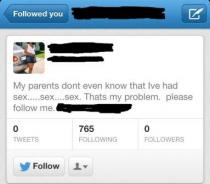 Dean shakes his head hopelessly. "Done it. Had no boards, no followers, was following one friend, and this is what Pinterest sent me in its weekly digest."

"C’mon Deano, get over yourself. It’s the Internet mate, what do you expect? Just stay off it and keep your kid off it as well." 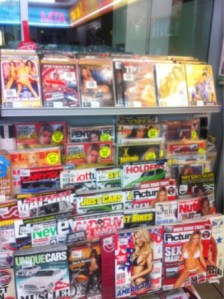 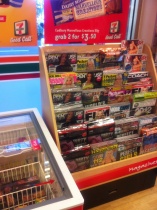 Simon returns. Walking behind him are two young men wearing these T-shirts. 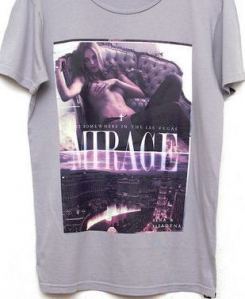 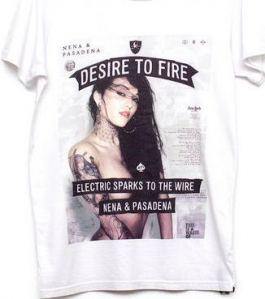 "You still talking about women’s stuff?" he asks.

"Nah, problem solved," Phil says. "Deano just has to stop being so sensitive and a little more selective with his media consumption."

"Yeah, that’s right. If I follow Phil’s advice, I can’t go on the Internet, listen to the radio or buy petrol. And we haven’t even talked about TV yet."

A waitress approaches to clear the empty glasses. She’s young, maybe twenty-two, and dressed in jeans and a black t-shirt.

Thomo does the same, but drops his eyes to her chest when she looks away.

Phil leers at her, his lips upturned in nasty snarl. "Thanks darlin," he says.

Before she’s taken two steps away from the table, Phil speaks again. "Ooohh," he moans. "Have a look at that arse. If I was a younger man, I would take a piece of that."

Dean is speechless. He sees the waitress flinch as she walks out of earshot.

"Right, then," Simon says. ‘Who wants another drink?’

Originally published at The World Tells Me.