As published in the Herald Sun

A GIANT advertisement for a striptease school has been banned, five years after it began providing eye candy for passing drivers.

In a reflection of changing community attitudes, the image of a bikini-clad woman stretched along a bus has been found by the Advertising Standards Bureau to be sexually suggestive.

The ASB also said the Kittens School of Striptease ad could expose children to sexual themes.

And, it said, the ad showed a large portion of breast.

In 2005, the ad didn't raise an eyebrow with the advertising watchdog.

Back then the ASB said the images were not "overly graphic" and did not expose the breast "in any way".
The backflip is a win for Kids Free 2B Kids, which asked the ASB to revisit complaints about the bus ad. 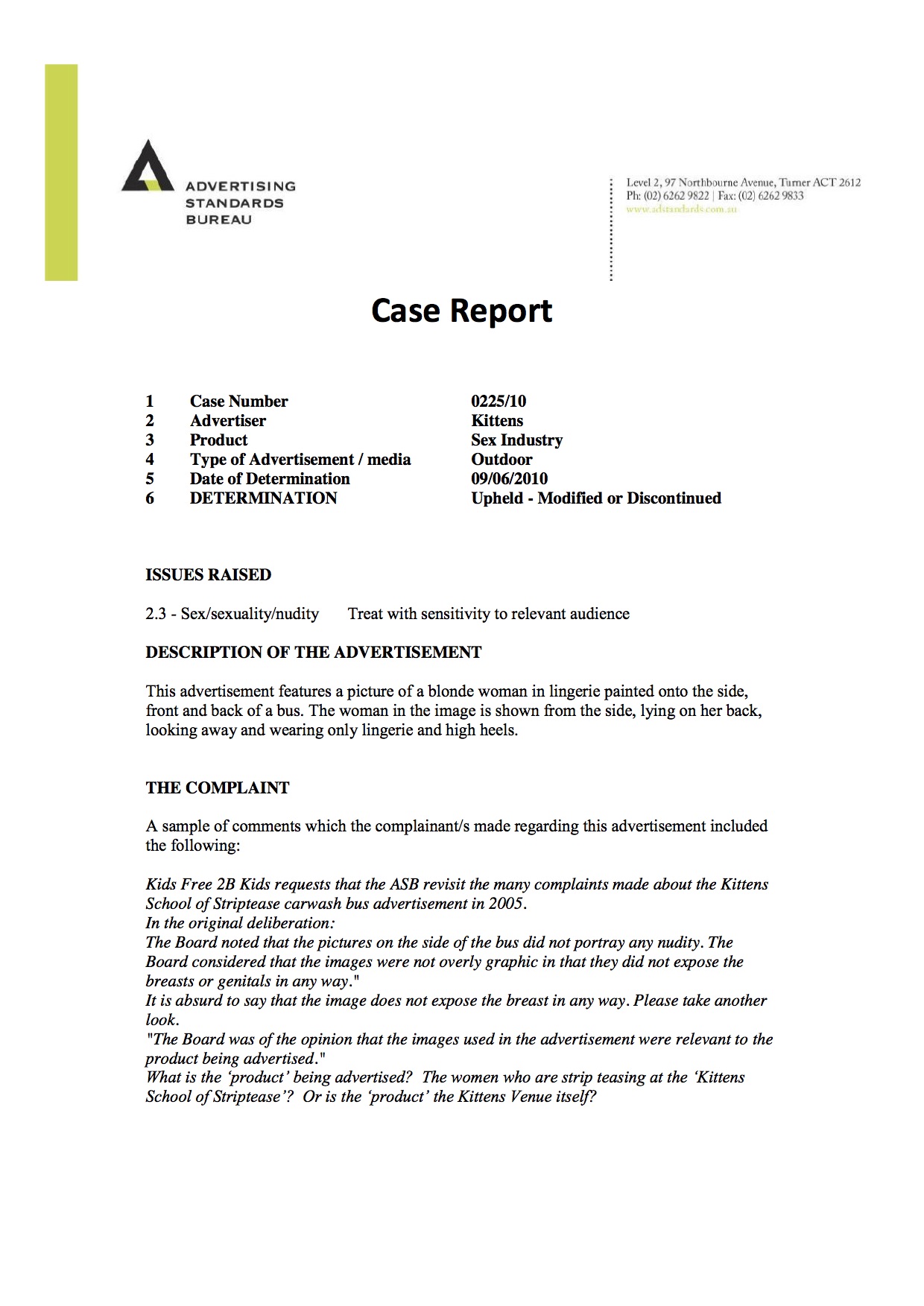