The Ad Standards Board has upheld complaints against an ad described by the complainant as 'larger than life pornography.' The ad, featured prominently on Honey Birdette's shop front windows.

Note: The shop front window image was still in place on the 27th March, two weeks after the Ad Standards Board determined that the advertisement breached the code of ethics. 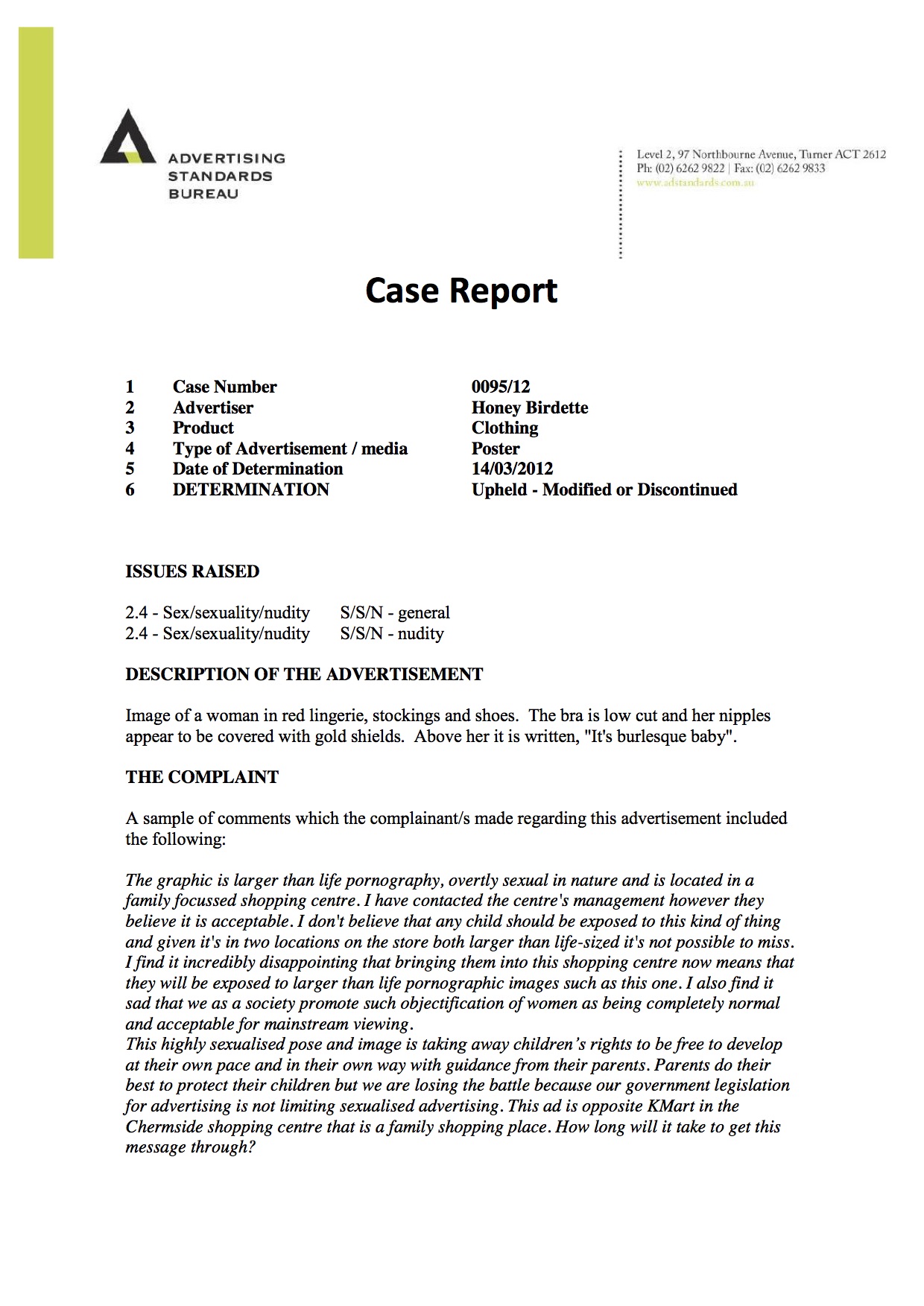 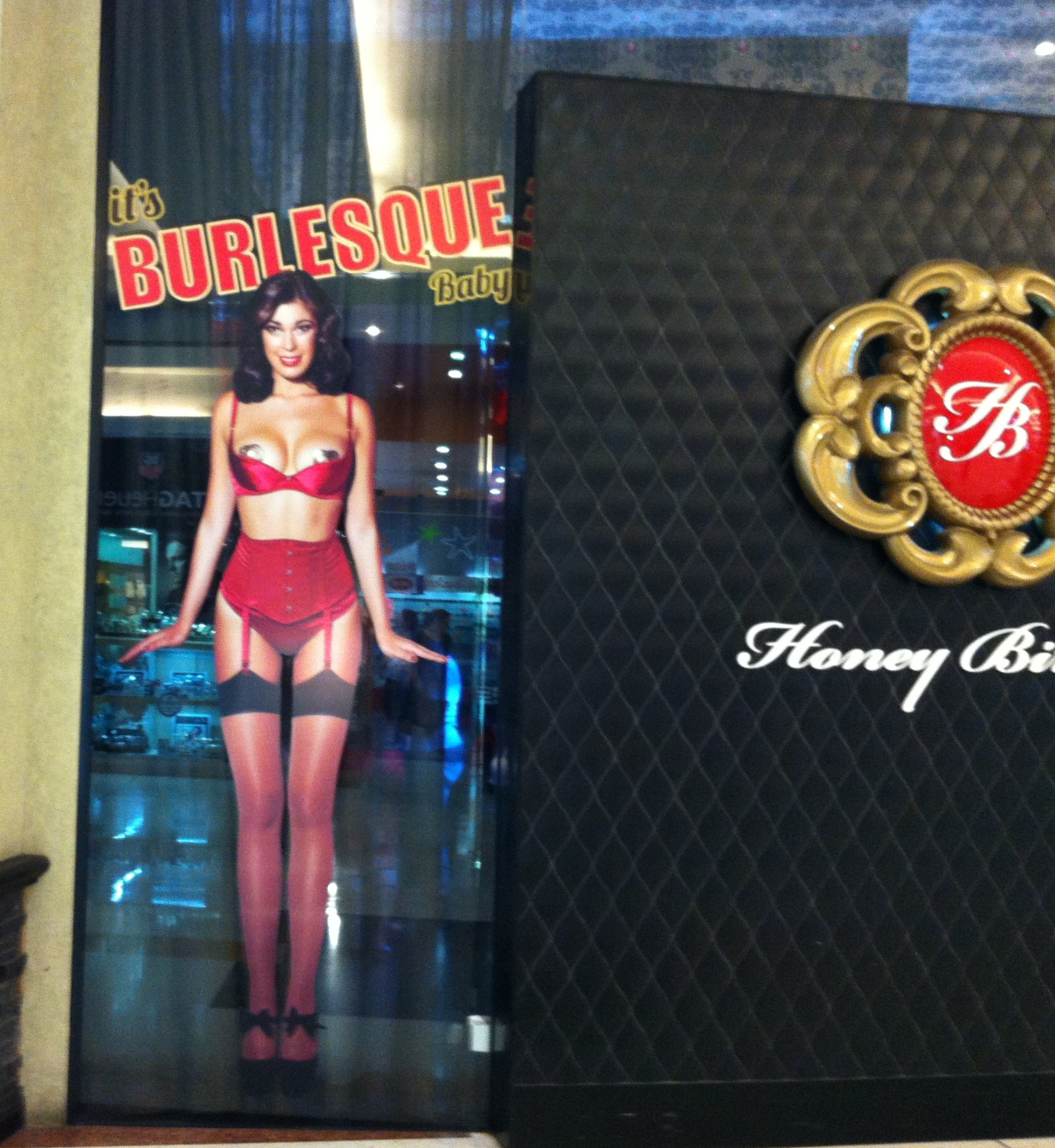