Melbourne strip club 'Sin City' (formerly Shoop) has often made use of mobile billboards to advertise its 'product' to an all-ages audience.

A complaint to the Advertising Standards Board about its most recent advertisement pointed out that highly sexualised advertising of this kind was inappropriate for broad viewing. At the time the billboard was seen - afternoon, approximately school pick up time - it was heading down a road that led towards four primary and secondary schools.

Here's a sample of the Ad Standards Board comments

"The Board noted that some members of the community would find that images featuring women in lingerie to be exploitative and that the emphasis on the women’s bodies is exploiting their looks. The Board noted however that the image of the women is relevant to the product* advertised..." (Bold ours. Note: the 'product' is women)

"A minority of the Board considered that in the context of a large image on a mobile billboard this pose is sexualised and not appropriate for the relevant broad audience which would include children."

"Following considerable discussion however the majority of the Board considered that the women’s breasts and genitals are appropriately covered and that whilst the women’s breasts do appear to be touching in the Board’s view their poses are confident rather than sexualised and overall the image is not overly sexualised. The majority of the Board acknowledged that the size of the image means that it would be very visible to the broad community but considered that the image is not sexually explicit or suggestive, or inappropriate in the circumstances."

Lets recap the circumstances - we have a mobile billboard travelling through the public space advertising a strip club using an ad just like this. 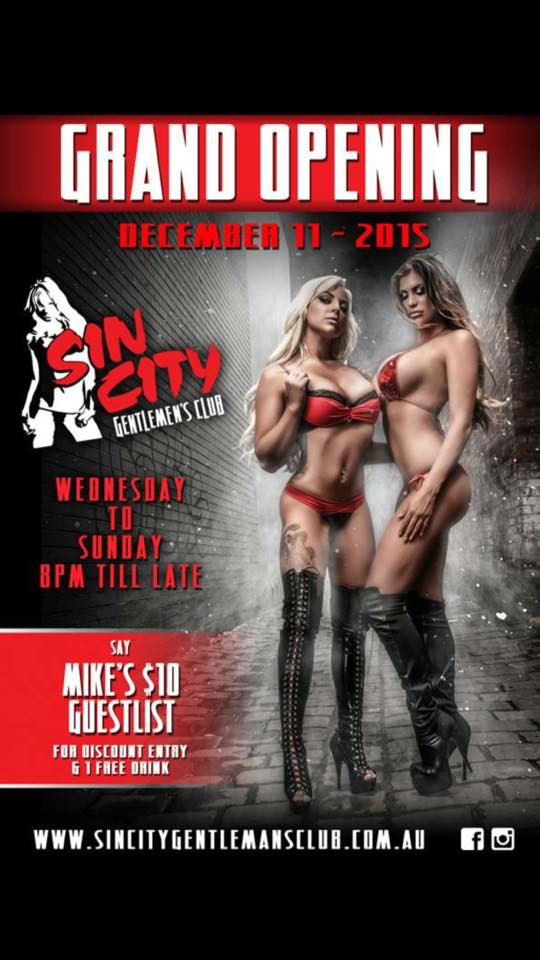 The Advertising Standards Board decided that this mobile outdoor ad was not overly sexualised and not sexually explicit or suggestive and is therefore appropriate for a broad audience which includes children.

Therefore, the Advertising Standards Board dismissed the complaintl 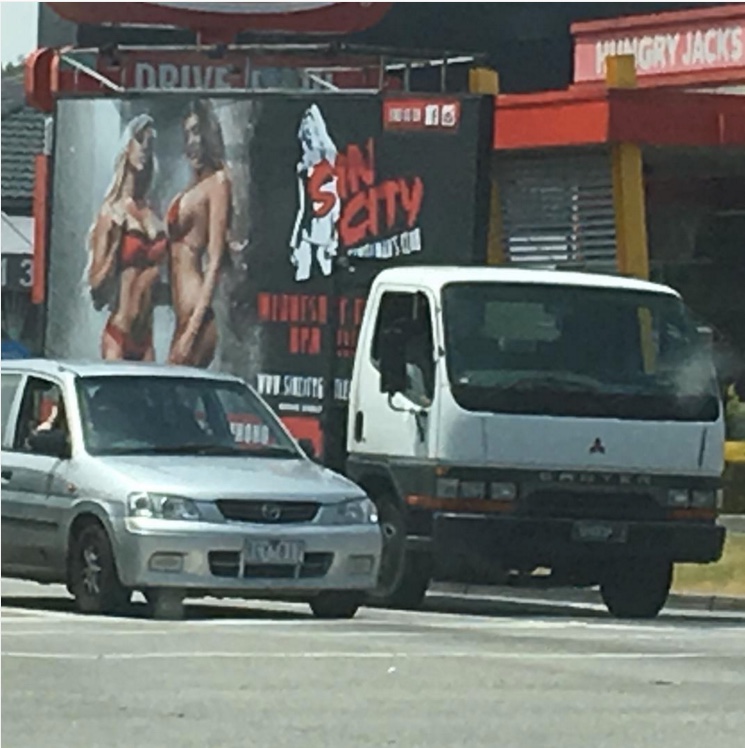