The bondage themed ad featured as the backdrop for a segment on A Current Affair covering complaints and the ongoing petition against Honey Birdette's sexually exploitative advertising.

Honey Birdette rotates its ad campaigns regularly, so as usual this ad campaign had already come to an end by the time Ad Standards had made their determination.

Complaints against still versions of the same ad were dismissed by the Ad Standards Panel in December 2019. See here. 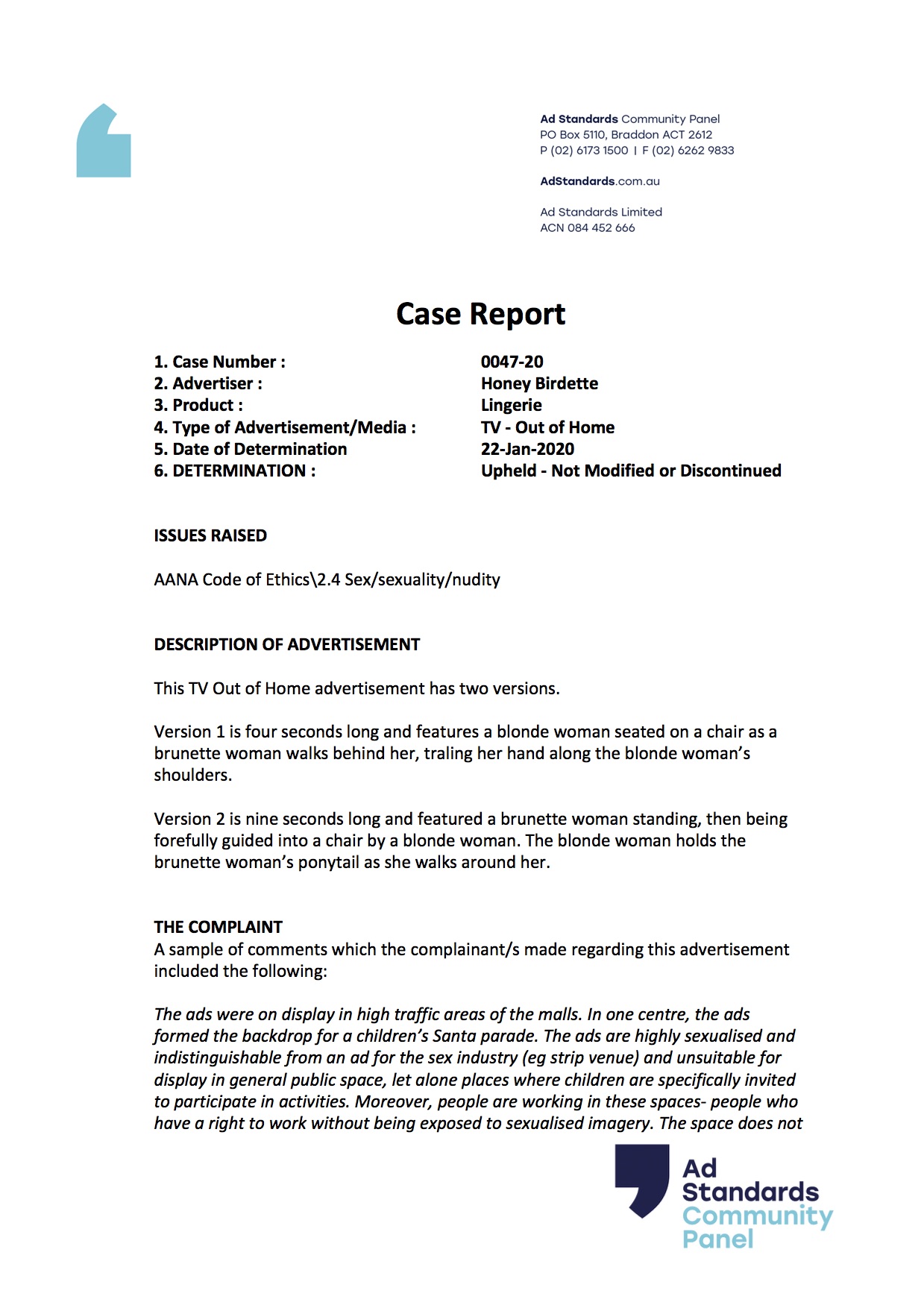 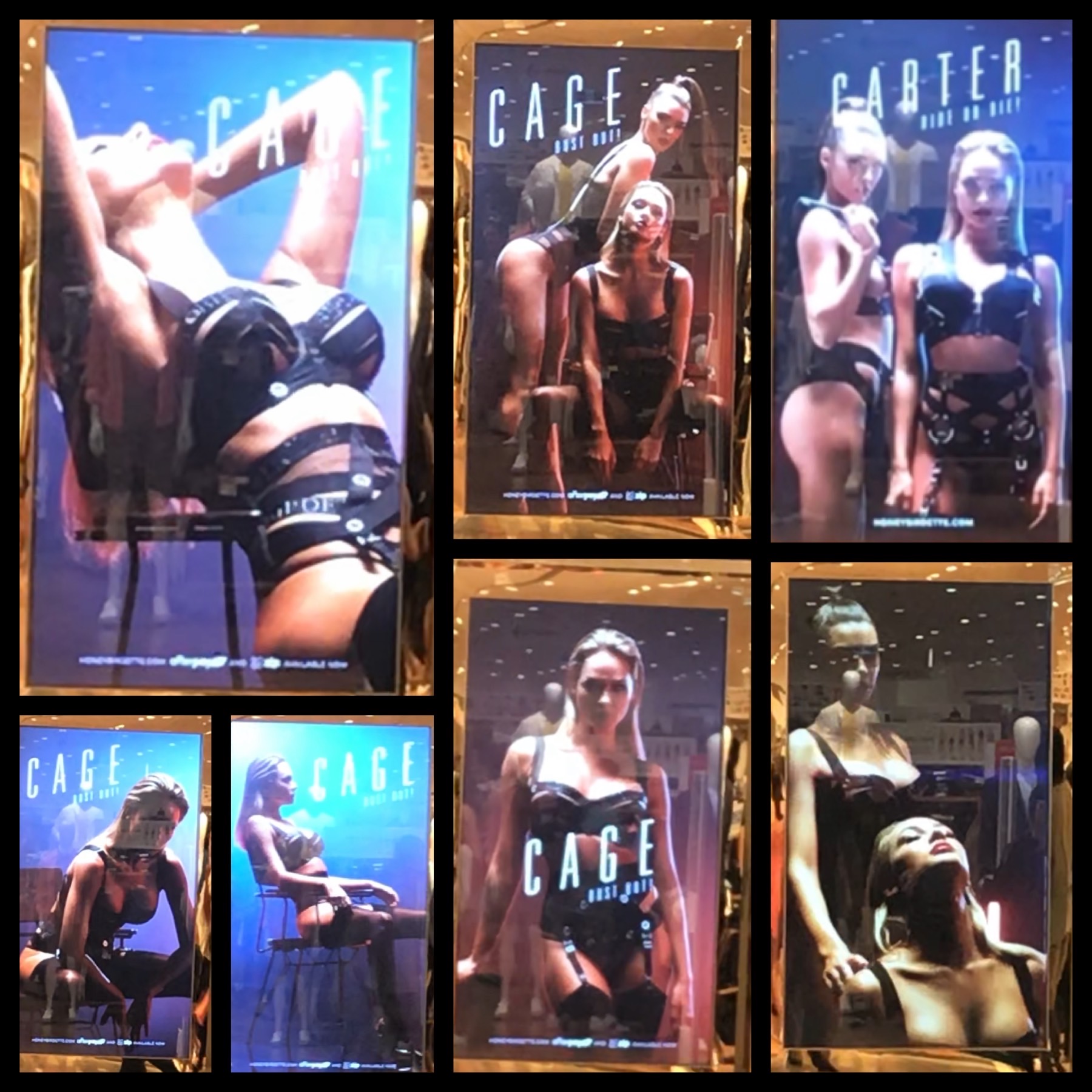