Ad Standards upholds Honey Birdette Complaint: "The images are similar to ones stereotypically seen in a men’s magazine or calendar"

Ad Standards has upheld complaints against Honey Birdette's "Madison" campaign, observing that the images are similar in appearance to a "men's magazine or calendar." Honey Birdette has ignored the determination.

Honey Birdette has a long history of non-compliance with Ad Standards. On occasions when they do choose to respond to a complaint, they are known to launch personal attacks against complainants.

In a May 2020 complaint against Honey Birdette's pornified advertising displayed in shopping centres, Collective Shout supporter, Anna*, was referred to as a “lunatic” by Honey Birdette. This abusive comment were passed on to Anna* and published on Ad Standards website.

This feels like it may be the same person who complained last time and specially seems to have specific issue with Brett Blundy. Nether the less,(sic) we are very happy to address the complaint.

Honey Birdette sells premium and aspirational lingerie, as such it is photographed, filmed and marketed in such a way too. The shots are high end fashion and in no way designed to cause offence.

It is interesting to note that while here Honey Birdette describes itself as "high end fashion" it has previously described itself as "fast fashion." Which is it? It can't be both.

True to its established pattern of hostility and non-compliance, Honey Birdette ignored the outcome of this complaint. The Ad Standards determination concludes with the words:

Ad Standards will continue to work with the advertiser and other industry bodies regarding this issue of non-compliance.

Who are they working with exactly? Which "Industry bodies" have they contacted? And why does this 'work' have absolutely no impact on the actions of a hostile, abusive advertiser like Honey Birdette? 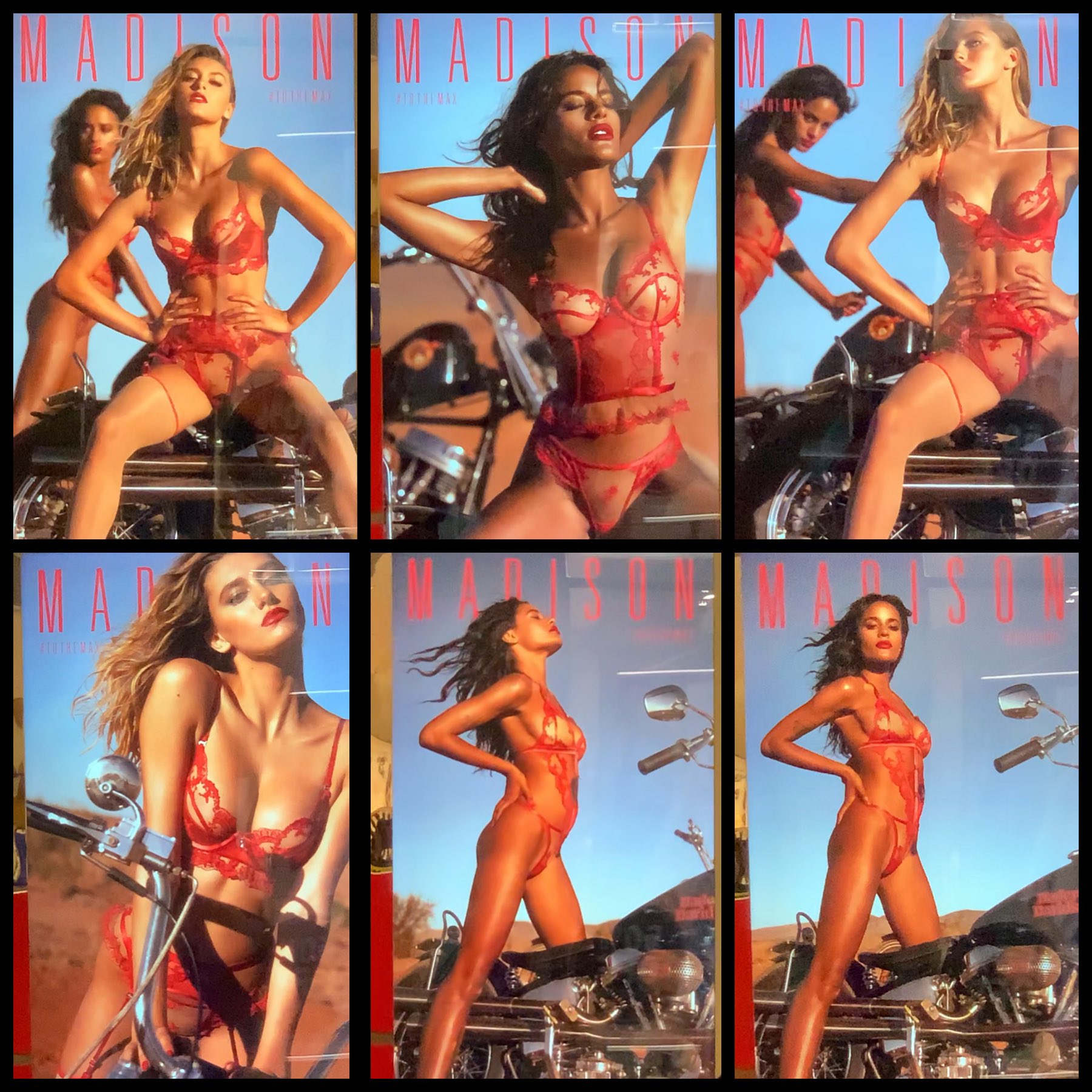 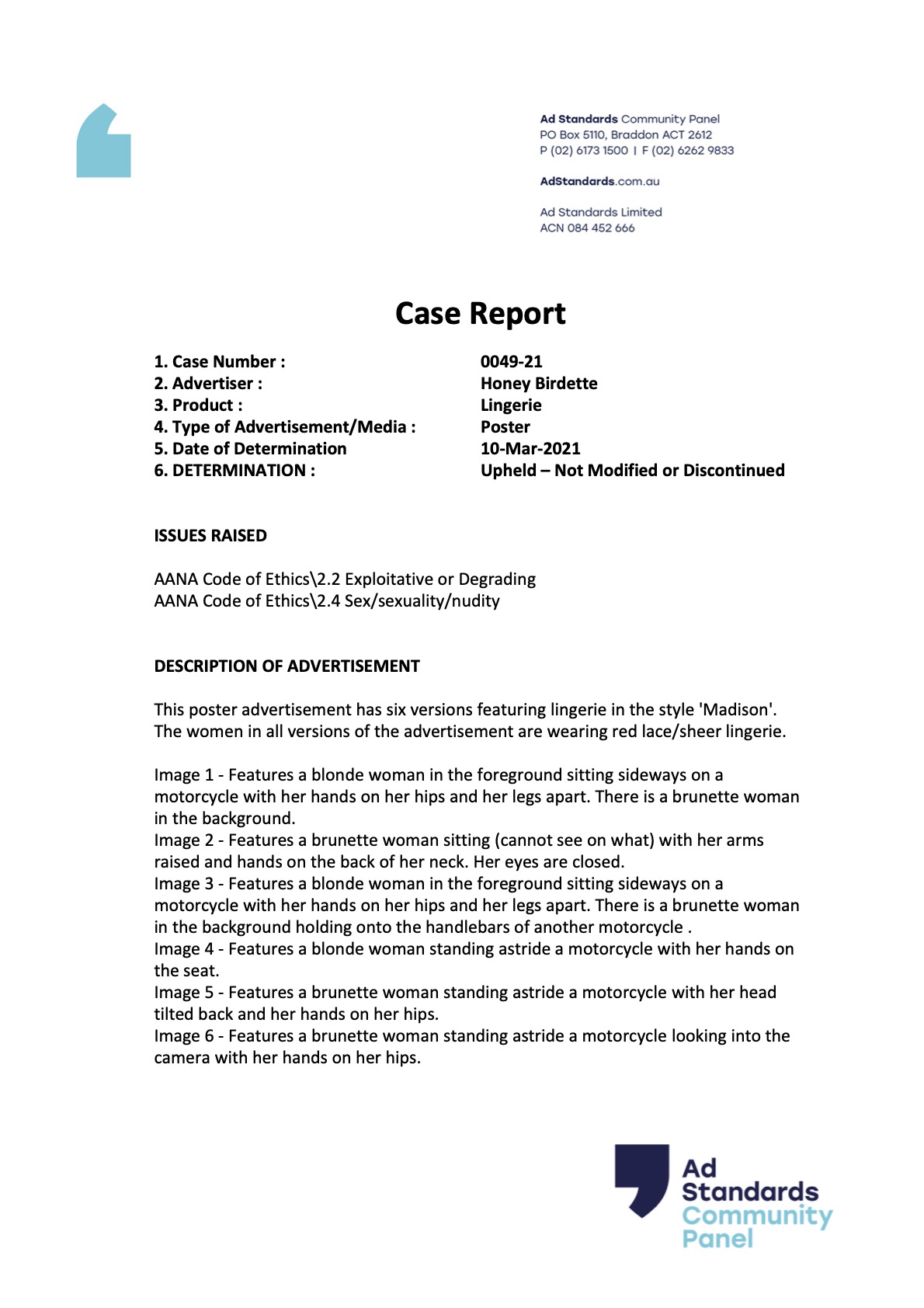