Nena and Pasadena encouraged jokes about raping women with their reply, ‘Keep em coming guys - this is very entertaining!

The Australian Football League proudly partners with the White Ribbon Campaign to stop violence against women.

The AFL (Australian Football League) is committed to tackling the issues of violence against women. Their support of White Ribbon has been long standing with many AFL managers and players participating in White Ribbon's Ambassador Program, and their commitment to driving change is also reflected through their respect and responsibility programs.

"Their commitment to driving change is reflected through their respect and responsibility programs."

The fact is that the AFL is neglecting its responsibility to address and discipline Buddy Franklin for depicting women in degrading and sexist ways in a clothing line he co-owns.

White Ribbon gets money from the AFL. In turn, the AFL gets White Ribbon Day endorsement which makes them look good.

Of course we support any efforts to eradicate violence against women. We believe it is imperative that good men speak out against this epidemic. We commend White Ribbon for continuing to educate and create awareness about this issue and for “denouncing initiatives that objectify or exploit women.”

It’s therefore troubling to us that campaign heads have said nothing about Franklin or about the AFL’s refusal to act. We hope sponsorship doesn't buy silence.

We wrote to White Ribbon back in July about this. There has so far been no reply.

We also had the opportunity to raise the matter directly with the AFL in September. Still no reply.

‘Our Say’ invited readers to post a question they would like to have asked at the AFL Grand Final lunch at the Melbourne Press Club September 20. Collective Shout’s WA coordinator Caitlin Roper sent in this question, which attracted the most votes to be asked at the function.

The AFL’s Respect and Responsibility Policy “represents the Australian Football League’s commitment to addressing violence against women and to work towards creating safe, supportive and inclusive environments for women and girls across the football industry as well as the broader community”. Hawthorn player Lance 'Buddy' Franklin is part owner of Nena and Pasadena and Neverland (clothing) store, a brand renowned for its clothing with sexually objectifying and degrading imagery of women. Franklin currently features in promotional videos and images both on the brand's website and in national clothing retailers like City Beach. Despite protests, the AFL have failed to address Franklin's continued breach of the R&R policy. Why has the AFL failed to address this?

However the lunch was cancelled following the tragic death of AFL footballer John McCarthy. ‘Our Say’ have told us they asked the panelists to answer Caitlin’s question, but so far she’s heard nothing. The following article by Caitlin is an expanded version of a post that appeared at Our Say (they censored some of the more distressing stuff). 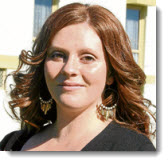 I first came across ‘Nena and Pasadena’, Franklin’s pornographic fashion line, in February of 2011. It was hard to miss, given a billboard featuring the AFL star wearing a shirt depicting a women’s backside.

Feedback to the brand resulted in mockery, and retailers selling the items were not interested in consumer concerns. Working with grassroots organisation Collective Shout: for a world free from sexploitation, we discovered the AFL’s Respect and Responsibility policy:

The Respect and Responsibility Policy represents the Australian Football League’s commitment to addressing violence against women and to work towards creating safe, supportive and inclusive environments for women and girls across the football industry as well as the broader community.

The Respect and Responsibility Policy is about shifting attitudes – ensuring that people throughout the Australian Football industry are aware, and have structures in place, that recognize that violence against women and behavior that harms or degrades women, is never acceptable.

Surely t-shirt images that depicted women as objects to provide sexual gratification could not be in line with this policy? Concerned citizens, including supporters of Collective Shout, contacted the AFL back in February of last year, with no response. As a mother of a six-year-old beginning Auskick, I became uncomfortable with the supposed role models my son might be looking up to.

Nena and Pasadena’s own website listed Franklin as a ‘co-director’, as well as using his modeling images for marketing purposes. Franklin’s twitter named himself as ‘part-owner’ of the brand and the Neverland Store, a Melbourne store where he sold these and similar items. Franklin’s AFL profile was used to promote the brand on their website and Facebook page.

Fifteen months later, still with no response from the AFL regarding Buddy’s blatant breach of their policy, Collective Shout published a blog post containing evidence of Nena and Pasadena’s misogyny from their Facebook page. Pictures of semi-naked women were frequently posted, where fans were invited to rank them. Slogans like “F*ck bitches, get money” and a pornographic campaign video were shared. Fans were asked their best strategies for getting women into bed. Here are a few responses:

“I like to call it ‘the fight and struggle’”

Nena and Pasadena encouraged jokes about raping women with their reply, “Keep em coming guys - this is very entertaining!”

Once the Herald Sun had picked up the story, and after fifteen months of ignoring the issue, the AFL suddenly felt compelled to condemn Franklin’s clothing line and claimed they would be “considering their options”. Franklin issued a statement the following day denying any significant involvement with the brand he had previously tweeted as ‘my brand’, ‘my store’. You can find photographic evidence of Franklin’s damage control here.

Members of the public continued to protest via twitter, using the official match hashtag. Hundreds of people signed an online petition to Hawthorn Football Club and the AFL.