In 2018 we exposed global online marketplace Wish for selling child sex abuse dolls - replica children which exist to aid users in their fantasies of raping children - and called on them to stop. Wish took action.

Now we’re calling on Alibaba Group to do the same.

This week we discovered that Alibaba Group - a conglomerate of online commerce platforms which include Alababa.com (its business-to-business arm) and Aliexpress.com (its business-to-consumer arm) - is selling child-sized sex dolls described as ‘young girl’, ‘flat chest’ and ‘sex dolls for men’. Some dolls were just 65cm - the size of a 6 month old child. 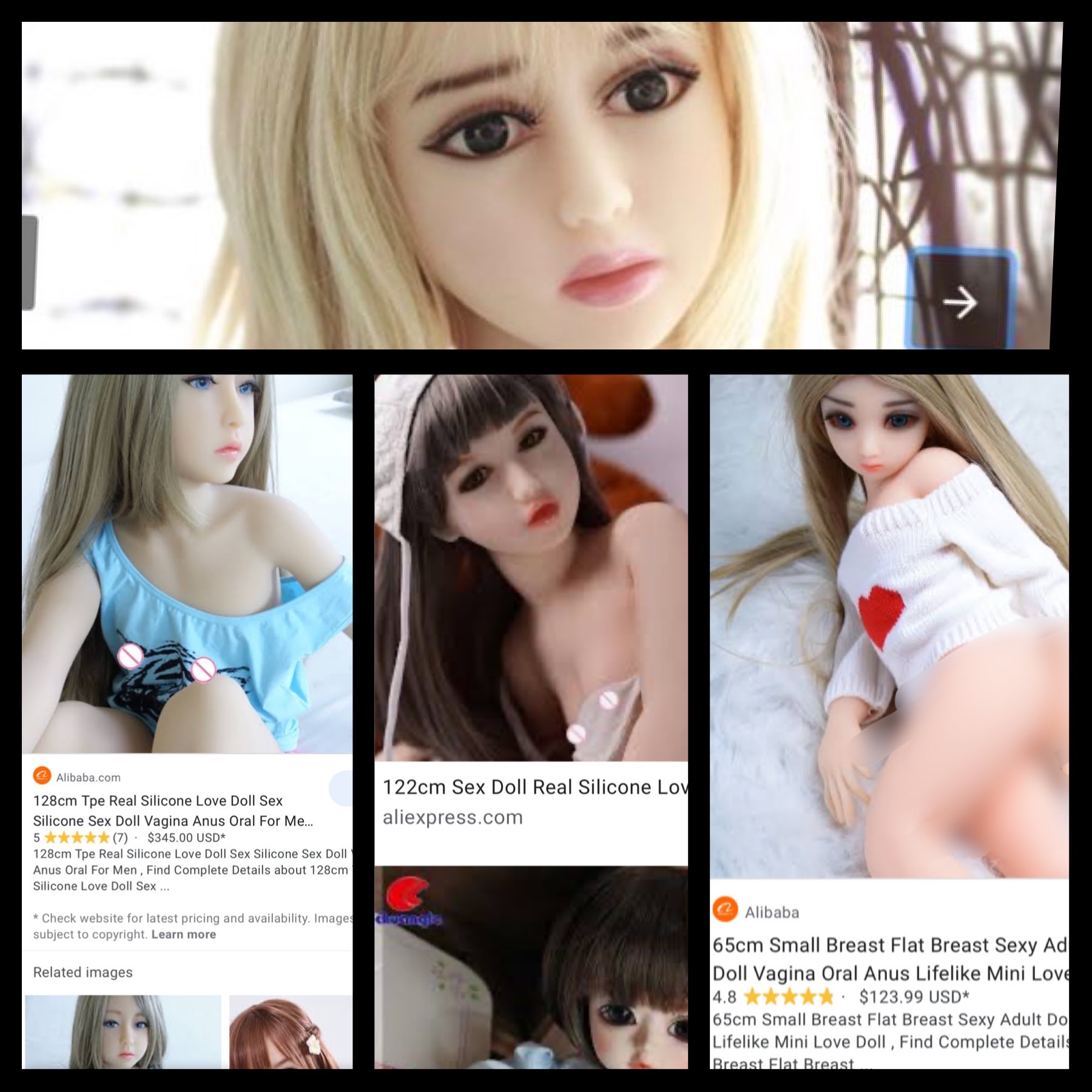 The discoveries came just after Campaigns Manager Caitlin Roper gave an online presentation, “Better a robot than a real child”: Responding to arguments in support of child 'sex' dolls. In her talk, Caitlin highlighted the harms of child sex abuse dolls for real children.

As Roper explained in a piece published by the ABC Religion and Ethics:

'Child sex dolls harm children through legitimising & normalising their sexual use. Instead of satisfying users’ sexual appetites for children, they could encourage and even strengthen these urges.'

It is illegal to import child sex abuse dolls into Australia. Legislation is backed by penalties including fines up to $450,000 and 10 years imprisonment. 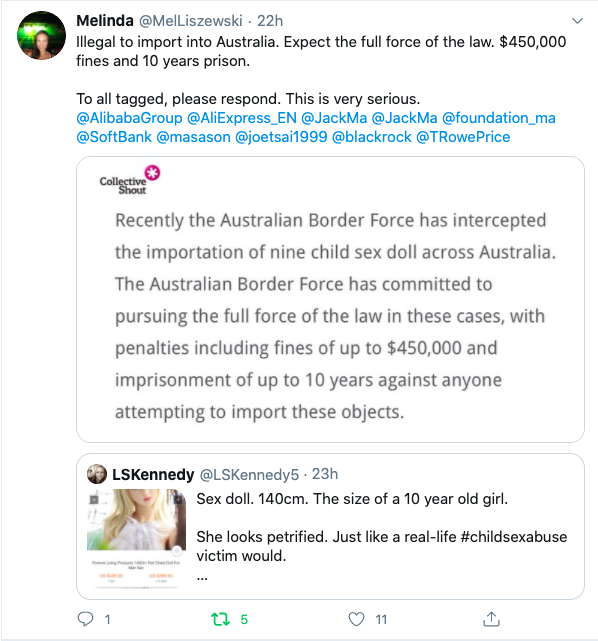 ‘These items are banned on Alibaba’s marketplaces and violate our user terms and conditions. Our team are currently looking into this and will take appropriate action.’ 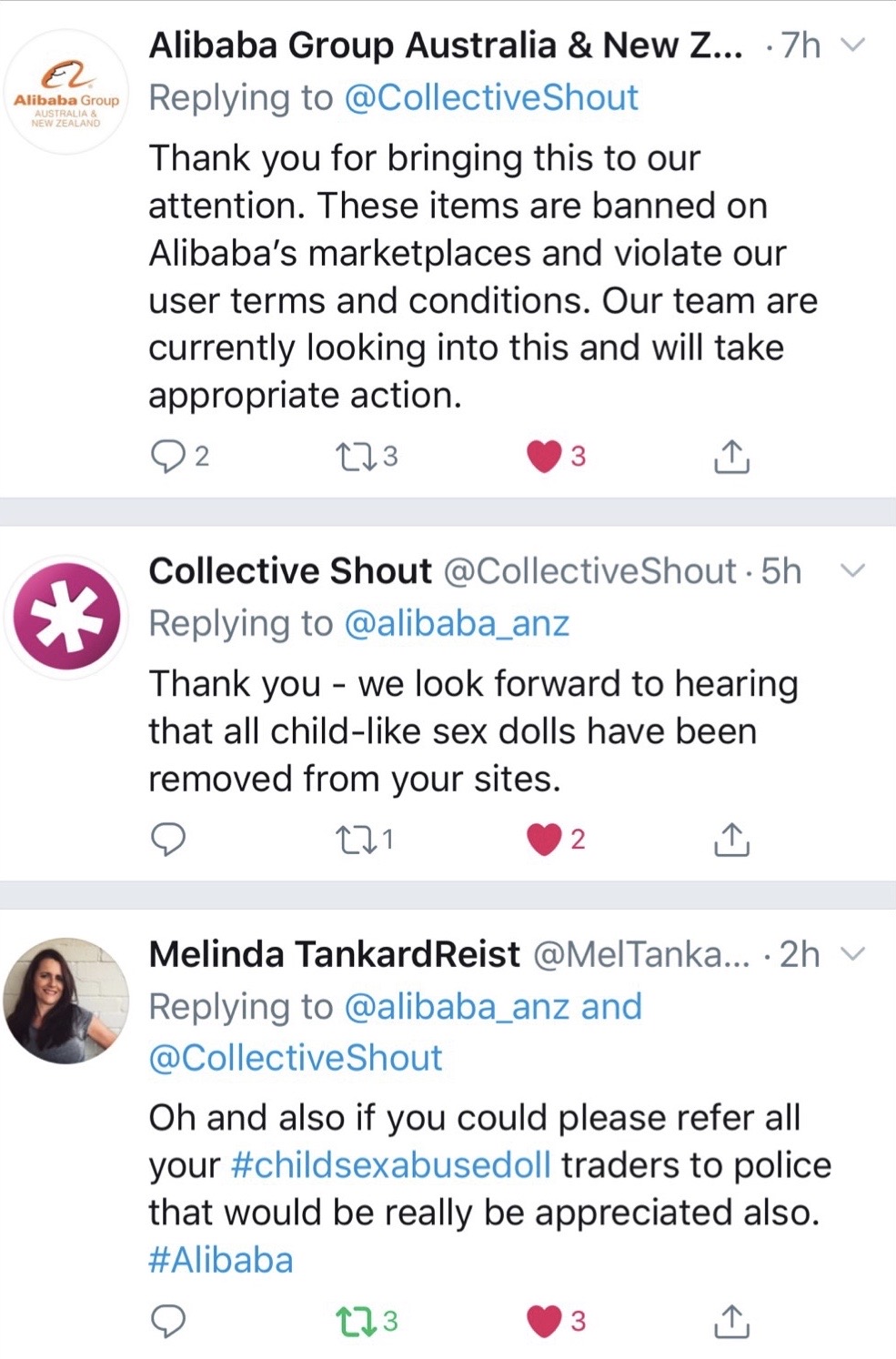 We continue to find more of these replica children on Alibaba Group sites. So far we've documented the details of 11 sellers which use Alibaba's platforms to sell child sex abuse dolls. We are asking Alibaba to remove all of these dolls from its sites as a matter of urgency. 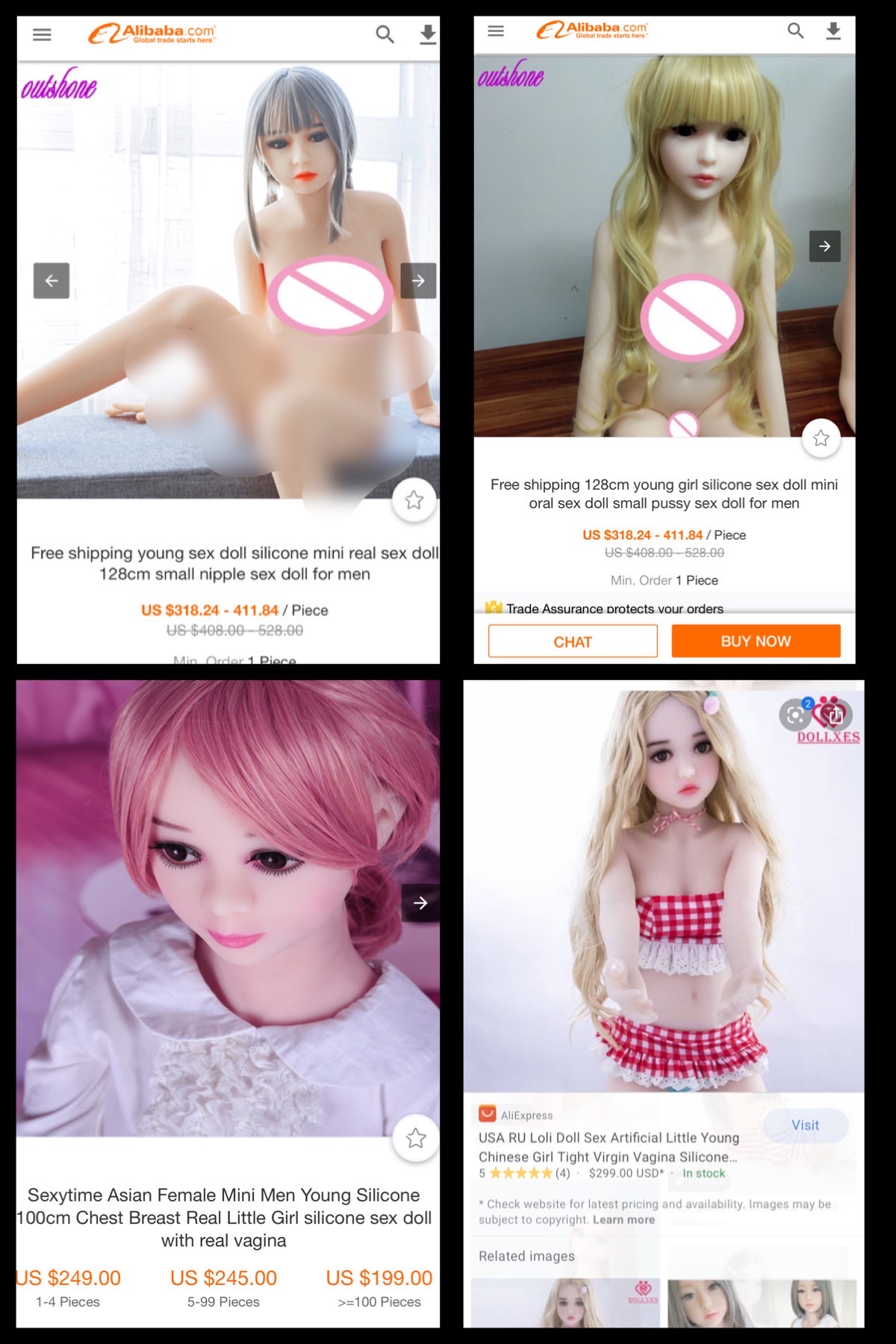 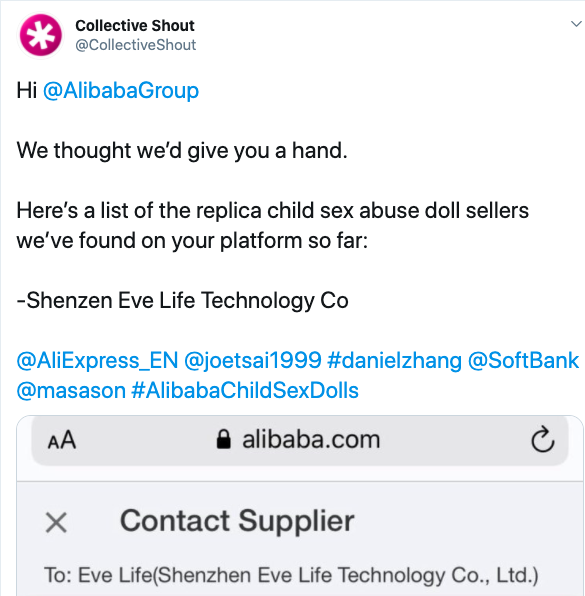 Child Sex Dolls fuel pedophilia - why is Wish selling them?