Last Friday night I headed to Chadstone Shopping Centre to catch up with some of my colleagues from Collective Shout. I was there a little early and decided to browse the stores while I waited for the others to arrive.

I expected to see the odd front window or billboard using the same old tired exploitation of women, but the proliferation of sexualised and objectifying images right throughout the centre was quite overwhelming. 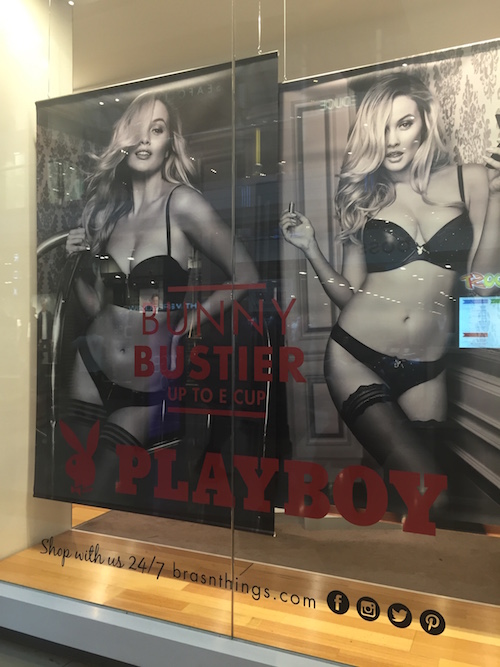 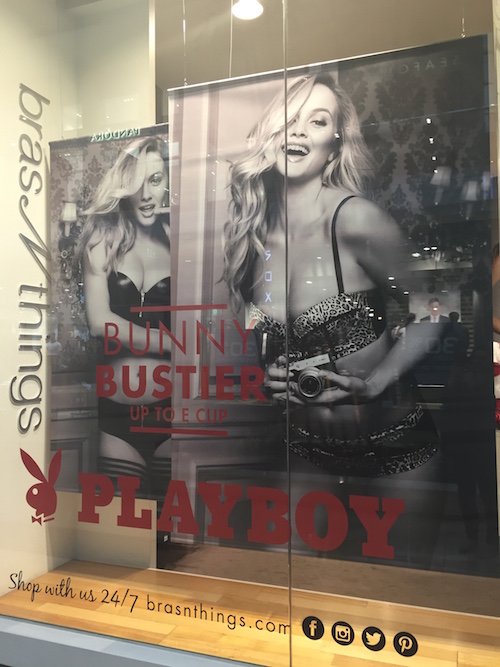 It started with Bras’N’Things. Normalising the Playboy brand once again, we’ve written about this before. While many associate Playboy simply with its branded items or magazine, Playboy Enterprises own various adult TV channels and websites, broadcasting brutal, hardcore pornography. Retailers that stock Playboy branded products are helping Playboy to produce and distribute content that objectifies and degrades women. 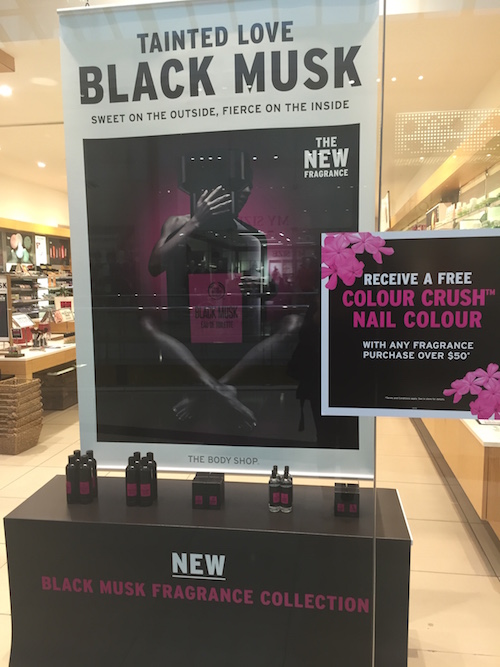 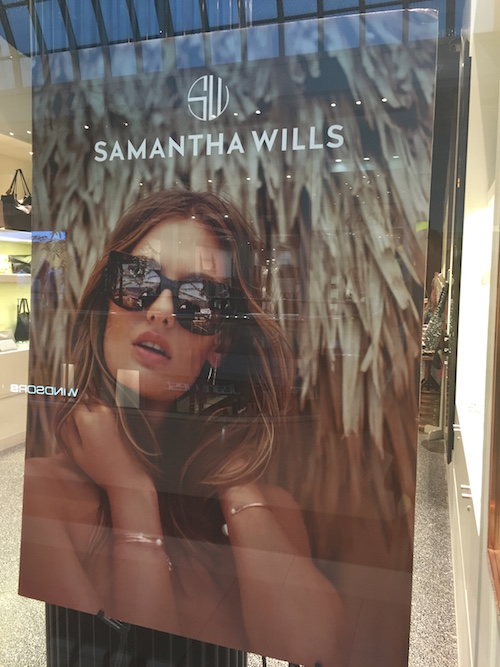 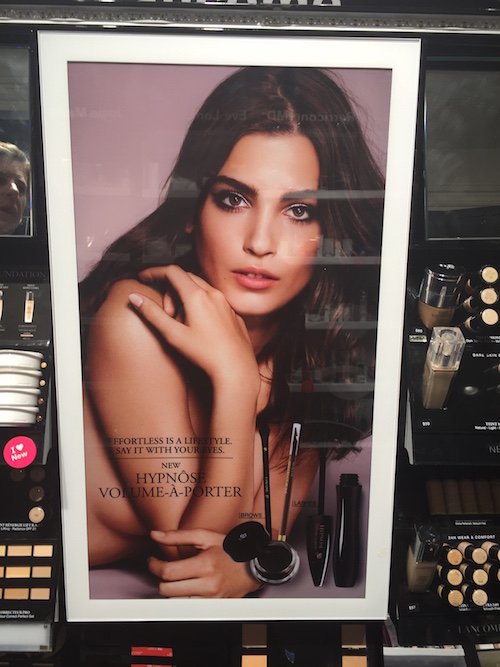 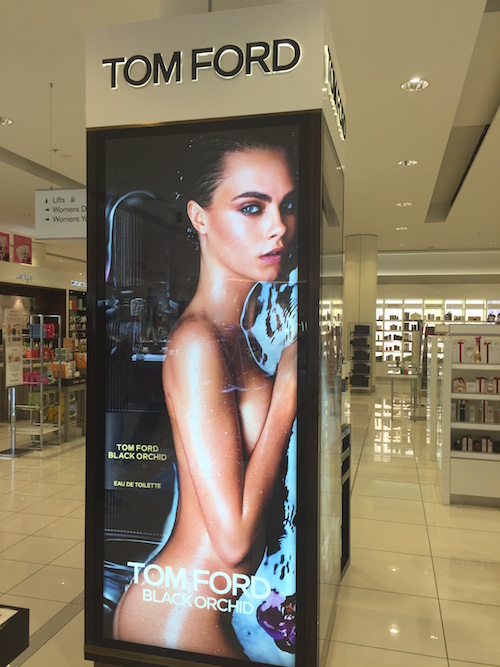 In a 30 minute period I found close to 50 images that to varying degrees objectified and sexualised women. Some of the images were on massive billboards in major department stores including one by Tom Ford featuring a fully naked woman to sell perfume.

There were schoolgirls in their uniforms shopping with their mum’s, casually browsing the items nearby. As I took photos, no one noticed, staff stood around in clusters engrossed in their own conversations. These images have become the wallpaper of society. 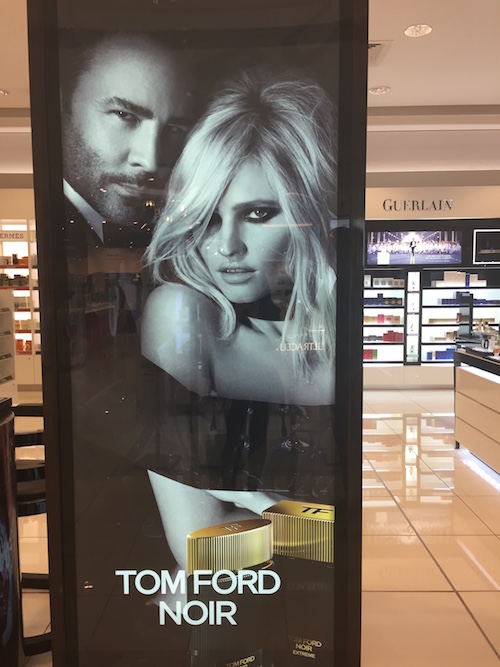 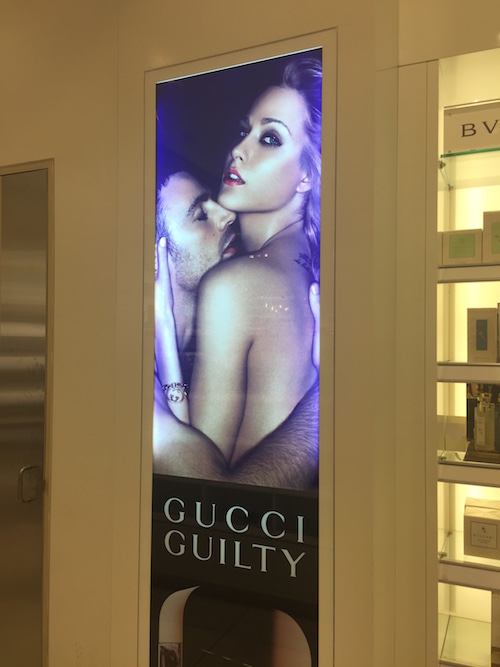 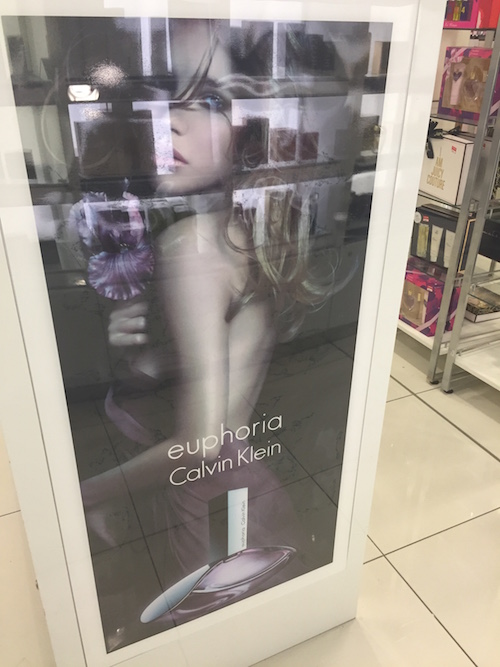 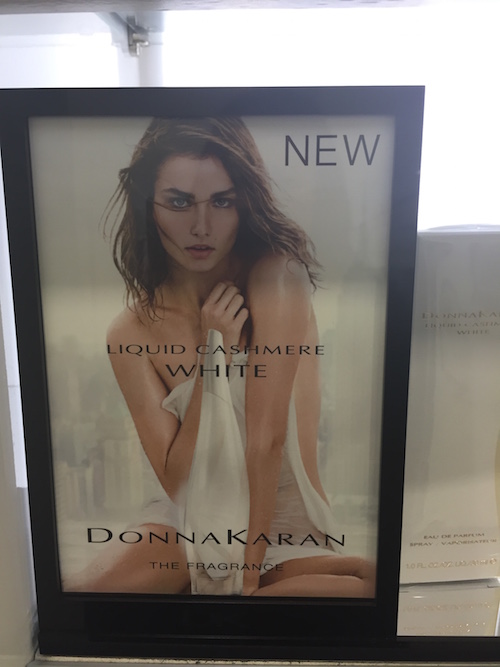 Women and girls receive the toxic message that their main value and worth comes from their sex appeal. The global research tells us that the proliferation of these images is linked to common mental health problems such as low self esteem, poor body image, eating disorders, depression, self harm and even suicide. We are making our girls sick. And we need to do something about it. 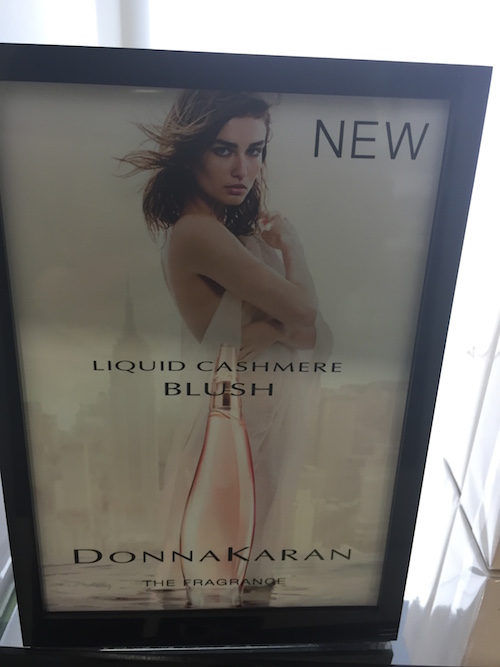 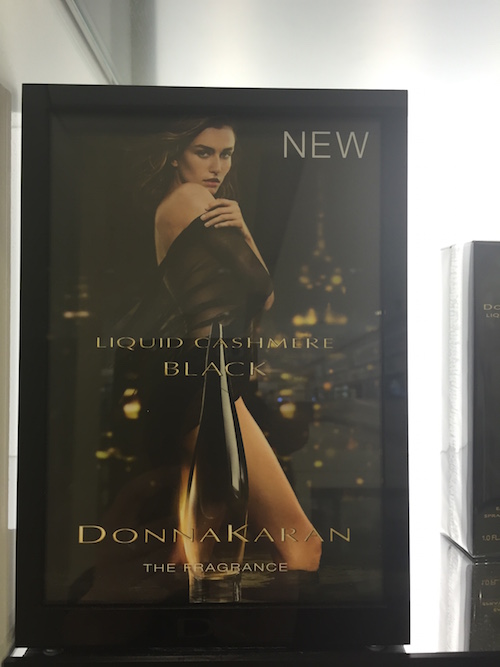 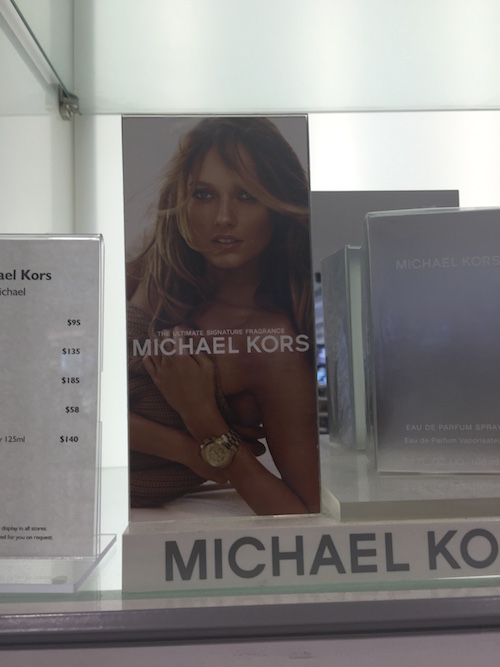 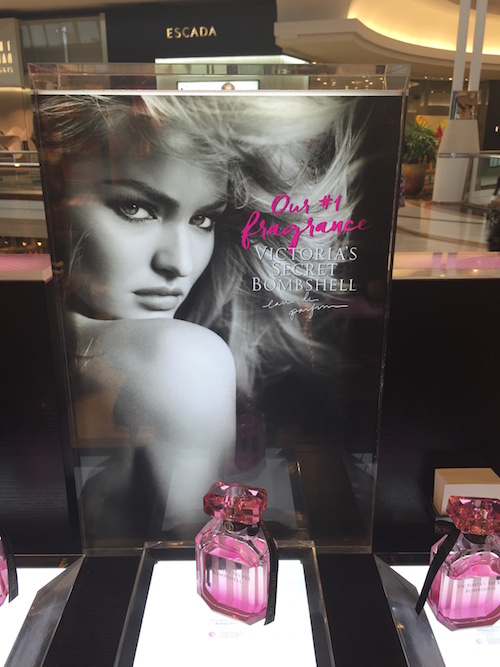 Some may say "But the women chose to be in the ad, it makes them feel empowered".

Are we so sure about that?

"Five years after a famously suggestive Burger King ad ran in Singapore, the woman who appeared in it—without her permission, she says—has publicly excoriated the fast-food chain for humiliating her."

We don't experience life in a vacuum. From the earliest of ages women have been socialised into believing that our value and worth come from our physical appearance, desirability, and ability to attract male attention.

We are growing up in a pornified culture that gives women two options; to be invisible or to be f*ckable (to quote Gail Dines). So it is no surprise that for some women they feel empowered when they express themselves in a sexualised way as a model, however we cannot ignore the broader damage that this type of advertising does to women globally. 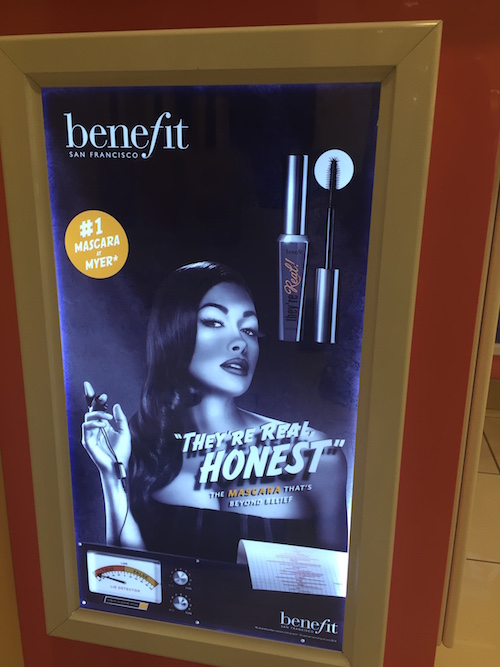 Sexist jokes, objectifying women, gender inequality are the root cause of violence against women. In her award winning documentary "Killing her softly" Jean Kilbourne said "turning a human being into a thing is almost always the first step in justifying violence against that person." If we truly want equality for women we need to think about how our individual choices affect women as a class. 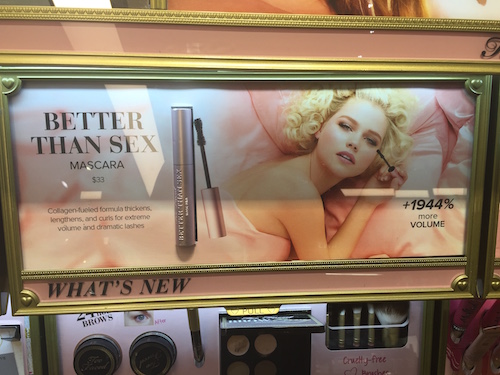 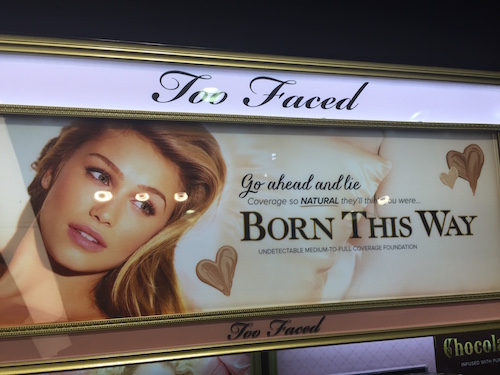 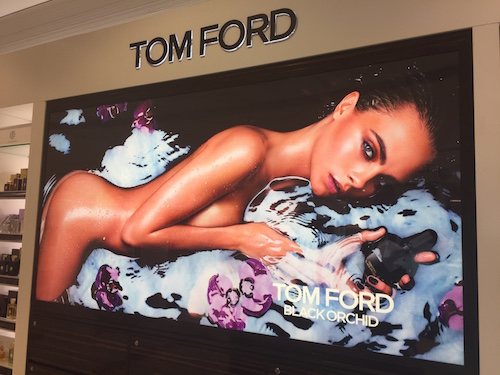 Some may say "Well men are portrayed in sexualised ways too". Most of the images I saw of men as I walked through the shopping centre showed them in business suits, in a position of power and control. Some even had their arm quite forcefully around a scantily clad women's neck.

The overall message showed a clear power imbalance. What are we teaching our men and boys? And we wonder why young boys display a sense of entitlement in relationships. 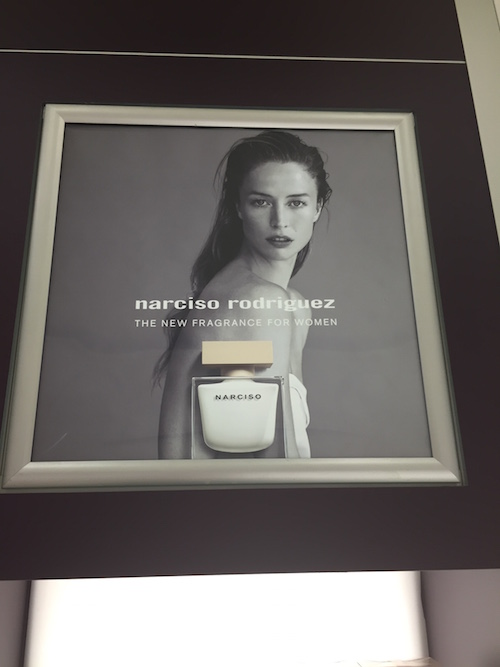 So what can we do?

Do you have any other ideas? Post them in the comments below.