The Advertising Standards Board has upheld complaints against Honey Birdette’s sexist ‘Office Party’ advertisements, featuring fully clothed men in suits alongside lingerie clad women. However, this ruling accomplishes very little, given Honey Birdette replaced this ad over a month ago with their “Sorry Kids, we gave Santa the night off” ads depicting Santa spanking a model.

This latest development only serves to highlight the Advertising Standards Board’s ongoing failure to adequately regulate sexist advertising, and the willingness of stores like Honey Birdette to exploit an ineffective system of advertising regulation.

In response to this issue, Collective Shout supporter and petition starter Kenneth Thor has taken the fight against Honey Birdette sexploitation and the ASB’s inability to address it to members of parliament. In a letter to Victoria MP Rachel Carling Jenkins, Kenneth has highlighted the many failings of the Advertising Standards Board: 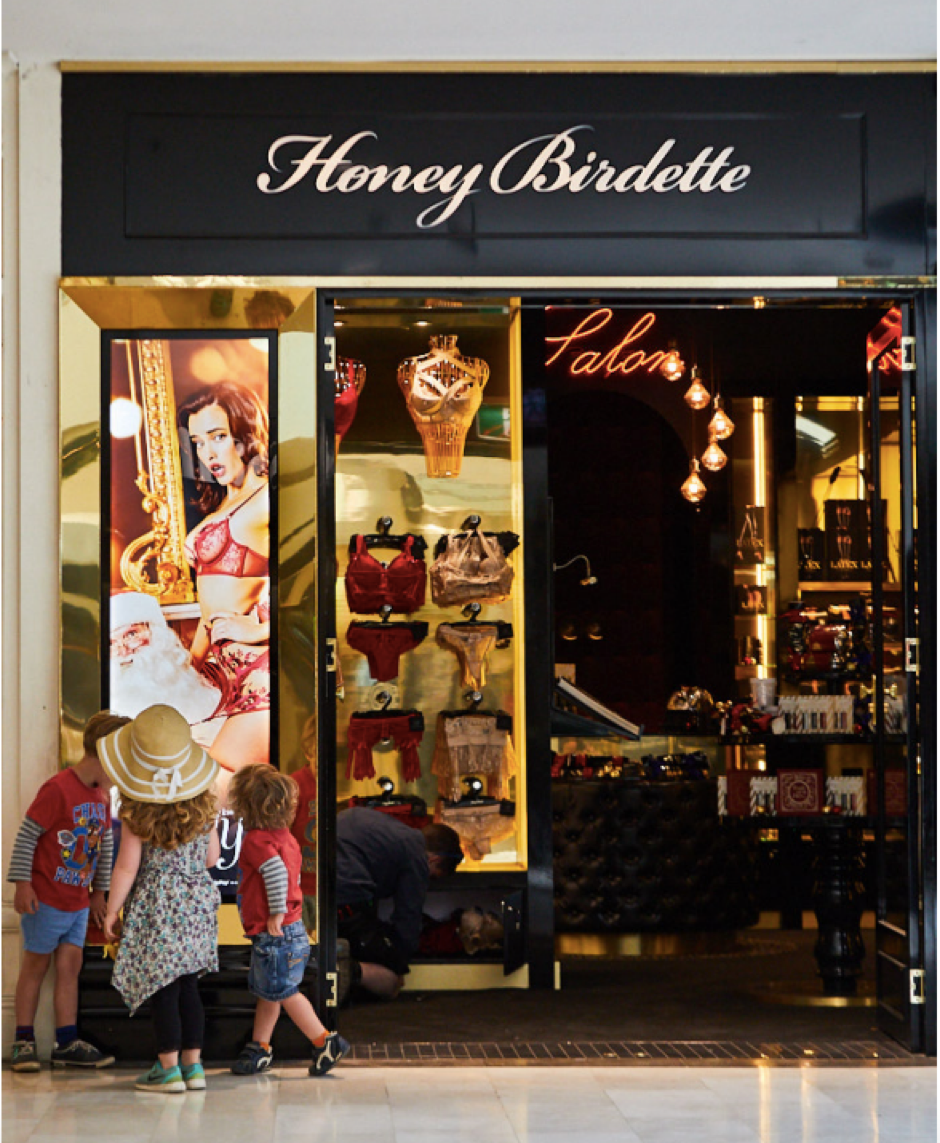 I write to ask for your support in putting an end to porn-style advertising being allowed in family friendly shopping centres and amending the current legislation (or lack of) around Advertising Standards.

The Advertising Standards Bureau (ASB) has upheld no less than 9 out of 21 complaint case reports against Honey Birdette over the years. Honey Birdette have been ordered to take down highly sexualised and offensive posters from their shop windows, but they replace them with something just as bad or worse.

In this current system, as long as the advertiser takes down the ad eventually (in their own good time), it is registered by the ASB as a compliance. It does not matter if the replacement advertising is as bad or worse, it is considered a separate ad and requires a new set of complaints to be lodged. For example, in the last 5 months, they have been ordered to replace 4 ads!

Each case report consists of multiple complaints and requires the arduous effort of lodging complaints, waiting, sending in photo evidence, waiting up to 3 months, while the damage is already done. The worst thing is, there is nothing stopping the advertiser from breaching the code again. They can go through this process every day for the next ten years and the ASB will still register them as compliant, and the ASB can still boast about how effective self-regulation is with a 100% compliance rate. It is the biggest joke. 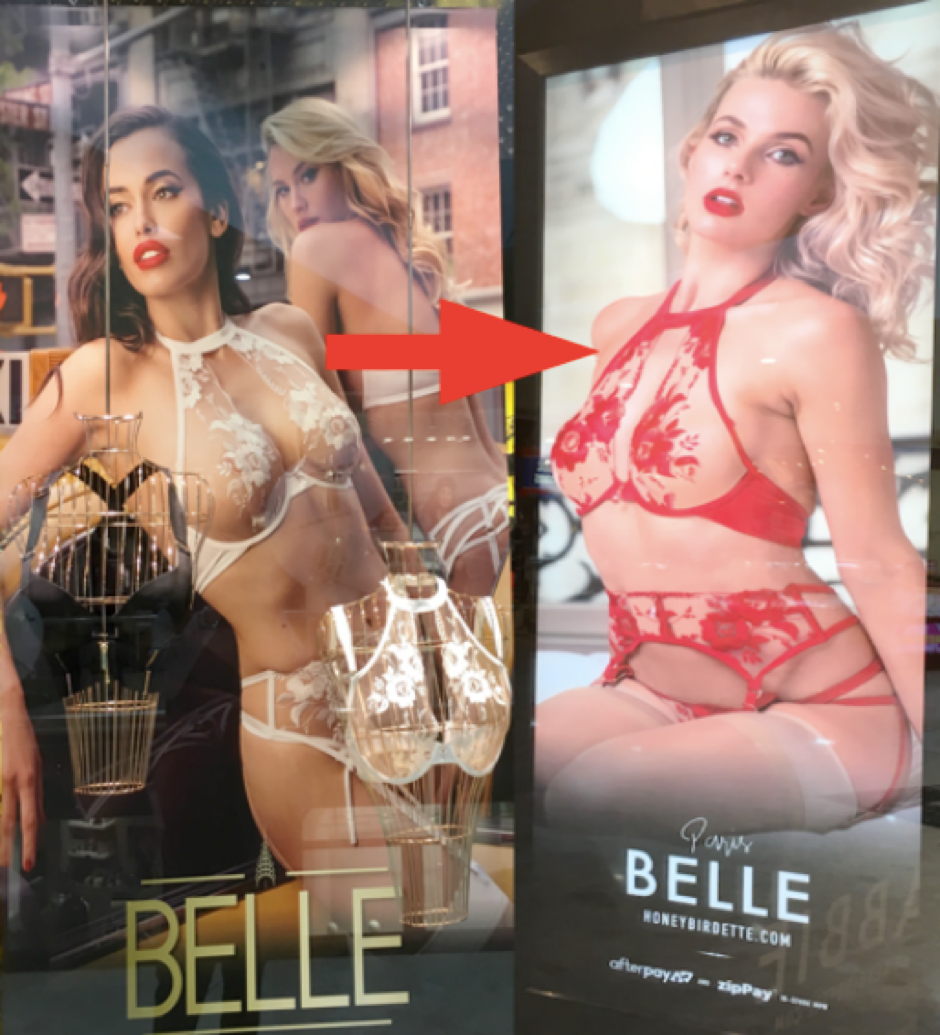 When the ASB upheld complaints about the ‘Belle’ ad on the left, Honey Birdette replaced it with the exact same lingerie set- only in red.

“I am ready to make this an election issue”

In frustration, I launched an online petition on Change.org which has now exceeded 58,000 signatures of those who agree that the current ASB system is broken and shopping centres like Westfield where a lot of Honey Birdette stores are located, should be held more accountable. Petitions tabled in Canberra often have fewer signatures than this. We believe that shopping centres like Westfield also have a duty of care to their patrons especially children who are exposed to these highly sexualised images.

I am ready to make this an election issue because normalising pornography in our public spaces has serious real-life consequences for women and children. I agree with the government that domestic violence is a huge problem in Australia and disproportionately affects women. If you genuinely think that is a big problem, then as the domestic violence government slogan says, please help “Stop it at the Start”.

Research continually confirms, that sexually objectifying images of women, like what you see in Honey Birdette shop windows, leads to a diminished view of a woman’s competence, morality and humanity, which obviously leads to disrespect. Whilst not all disrespect towards women results in violence, all violence against women starts with disrespect.

I will be encouraging my 58,000 followers to support candidates or party platforms who will act against the pornification of our culture and strengthening laws that encourage advertisers to do the right thing. The public are not blind, and I’m beginning to discover they are very sensitive to aspects of sex, sexuality and nudity especially when it comes to educating our young.