Online classifieds website Backpage have this week shut down their adult advertising section of their site after being accused of facilitating child trafficking.

As reported by the Washington Post "The decision came shortly after a Senate panel released a report alleging Backpage concealed criminal activity by removing words from ads that would have exposed child sex trafficking and prostitution."

Collective Shout's review of the website this morning were met with the following messages: 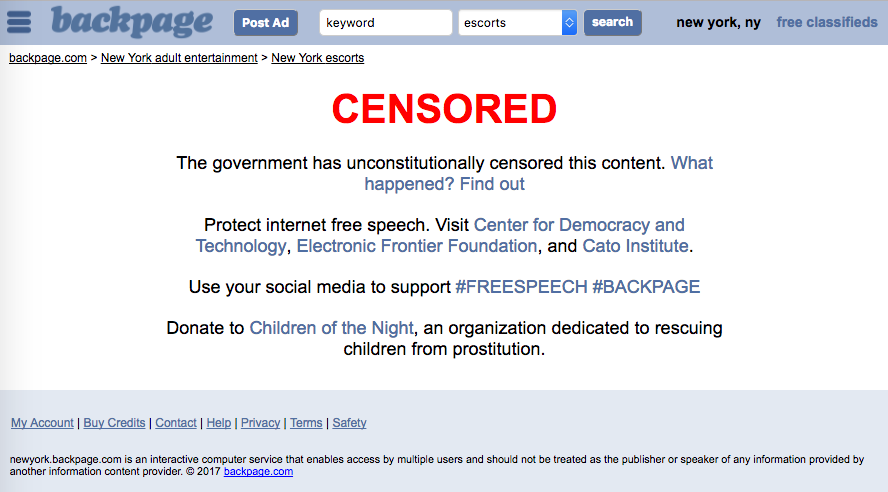 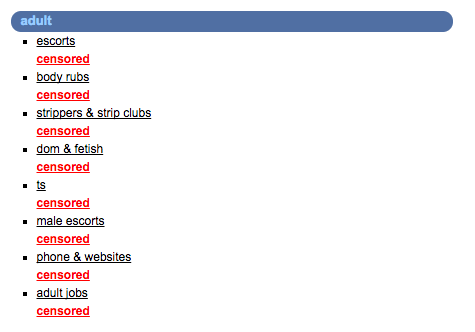 Sens. Rob Portman (R-Ohio) and Claire McCaskill (D-Mo.), who spearheaded the investigation, said Backpage’s decision to close the adult section showed that it was “complicit” in online sex trafficking.

“Backpage’s response wasn’t to deny what we said. It was to shut down their site,” the senators said in a statement. “That’s not ‘censorship’ — it’s validation of our findings.”