Beauty contests are not "empowering" for women and girls

An article was published in the West Australian about an upcoming beauty contest to be held in Perth. The "Miss West Australia" pageant put forward three young women to promote the pageant and defend it against claims that its out of step in the era of #metoo

The trio say they feel empowered by their choice to enter.

“At the end of the day it’s my body, it’s my choice, it’s my life and I’m going to embrace the power that I give to myself and do with that how I please,

“We’re not just judged (on our looks),” she said. “That’s just one part of the process.”

These comments don't make a lot of sense. Stating the obvious ("I made a choice") doesn't really tell us anything about the benefit or pitfalls of beauty pageants. Its unclear what the women are now "empowered" to do by participating and the comment that judging looks is 'just part of the process' and not the main event is just absurd.

It is very hard to defend a beauty contest because sexism, sexual exploitation and discrimination are indefensible.

Women are required to submit photos and footage of themselves to enter. They must be young, single, unmarried - and commit to not marry if they win the title - and to have never given birth.

So much for women being "empowered" to make "choices." 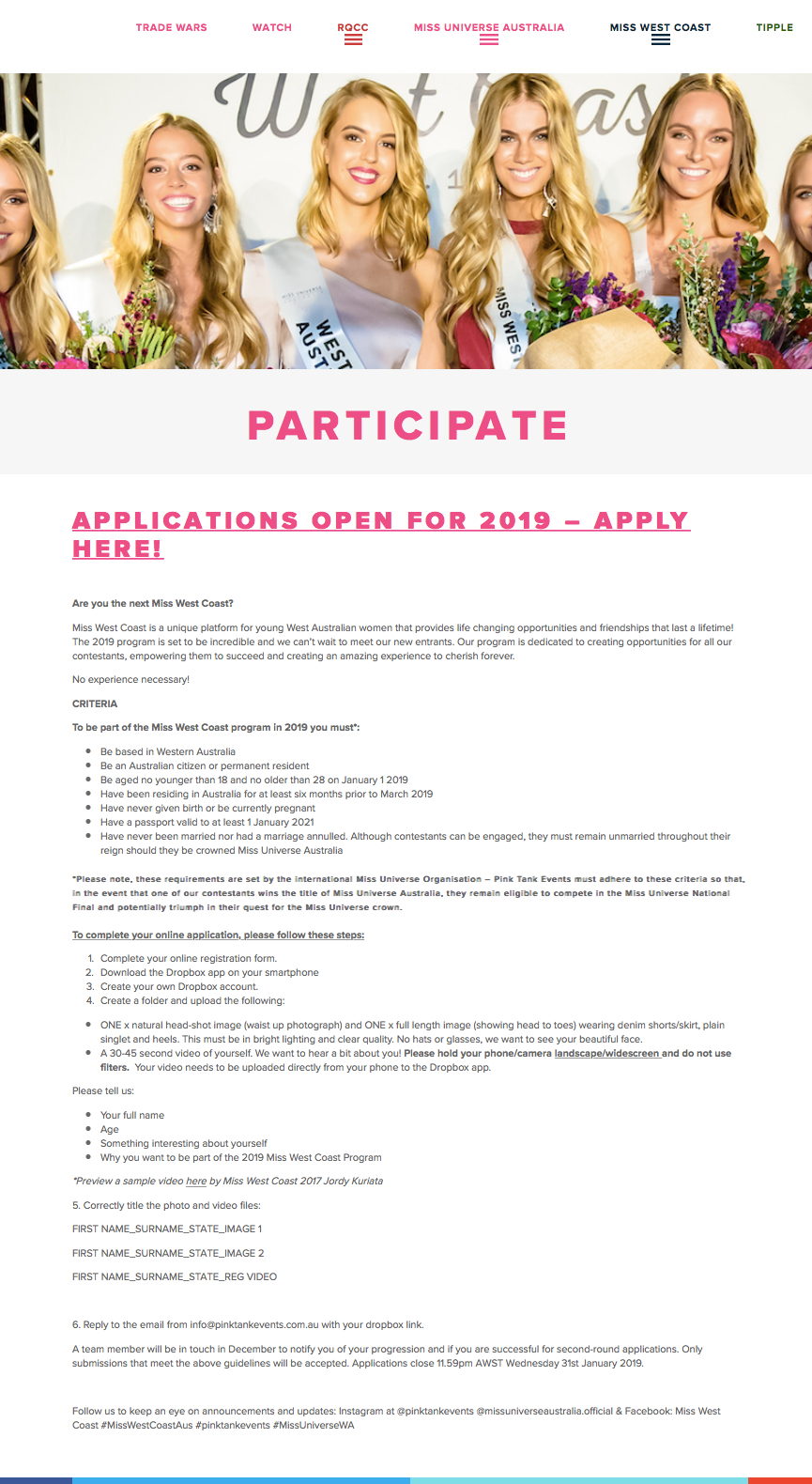 The idea that sexual objectification is empowering is a lie.

Who benefits from beauty pageants? Not women and girls