It all started when Melbourne man Darren Cunningham (@DarrenWheels) exposed the advertising in a post shared on Twitter Friday morning. The company had delivered BBQ products to him after he placed an online order. “Inside was a disgusting, aggressive and highly sexist promotional sticker. What the hell is wrong with this company?” he tweeted. 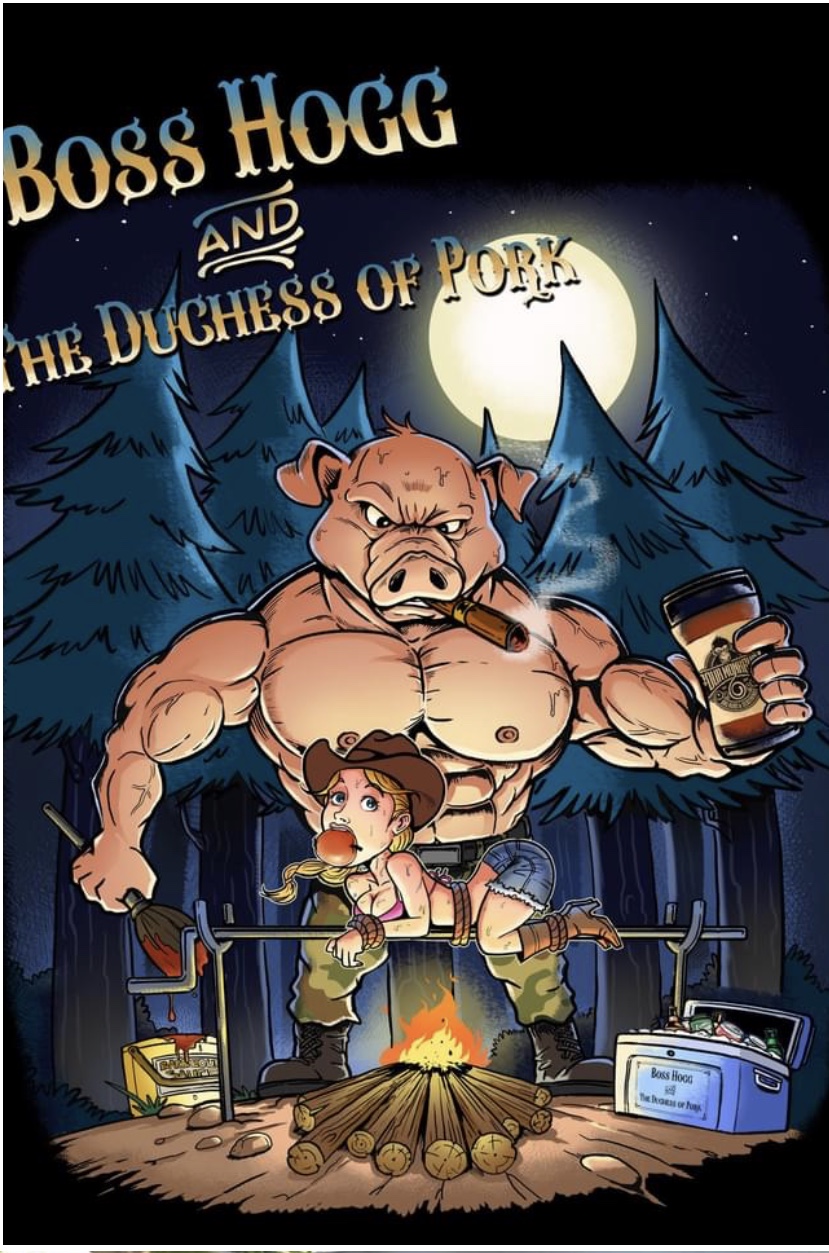 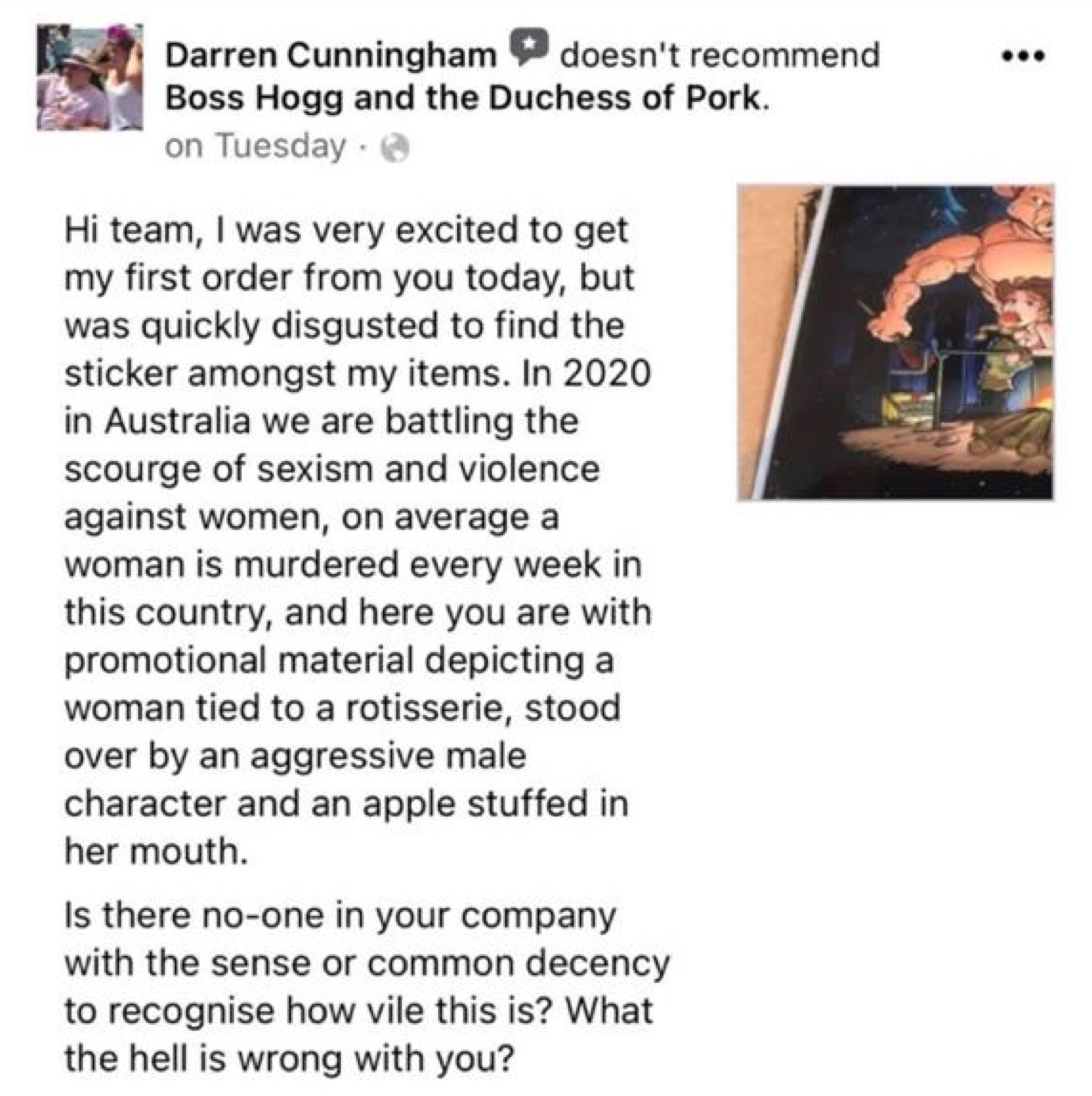 We called Boss Hogg and the Duchess of Pork out for thinking this violent, misogynist advertising was perfect to promote its barbecue- themed products. The image depicted a woman bound with an apple shoved in her mouth, about to be roasted alive by a monstrous male-pig figure. The abuser is shown basting the tied-up helpless woman in the company’s sauce, as he enjoys a beer and cigar.

As well as stickers, Boss Hogg and the Duchess of Pork (the company’s name a sexist, body-shaming term used against the Duchess of York) featured the image in social media posts as well.

We argued that the advertising contributed to normalising violence against women and shared the disturbing image on Facebook with details on how to make complaints.

Company owner Melissa Devlin depressingly responded that the image was ‘art’ and ‘open to interpretation’ and that ‘the female character in this illustration was ‘anything but a victim'. Movement Director Melinda Tankard Reist responded on Twitter:

‘Anything but a victim’ yeah because being tied up and roasted on a spit while being basted by a monster is so empowering’.

But with floods of complaints pouring in across its pages, and negative reviews posted, the company – which initially deleted every negative comment – recognised the self-inflicted harm being done to its brand and did a rapid about-turn. Late Friday afternoon it issued this apology: 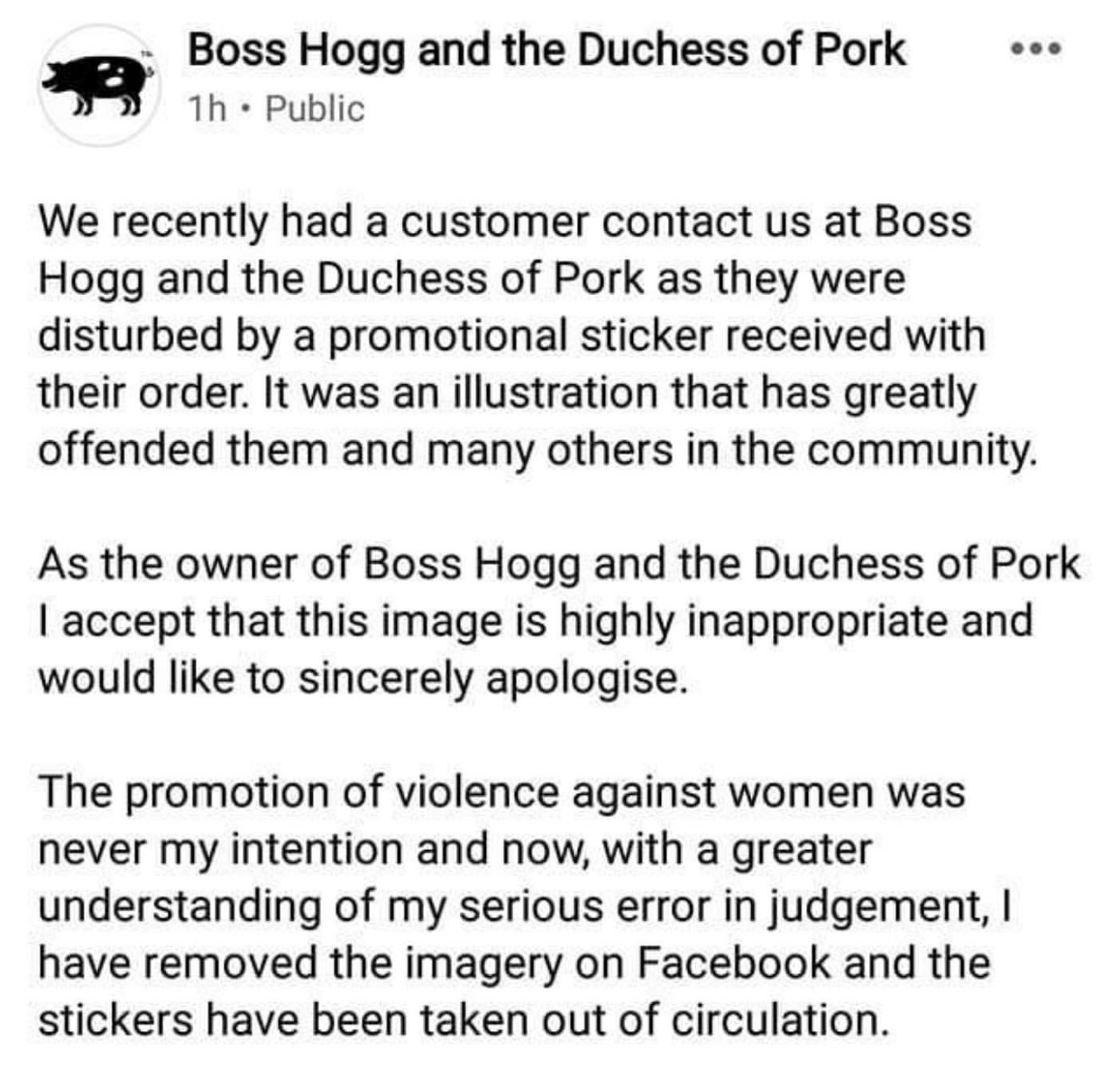 We were so encouraged by the quick response of our supporters!  So many of you took action – and that’s why we were able to secure this win so quickly. Thank you so much.

And a win perfectly timed as we mark International Day of the Girl today.

We can celebrate #IDG2020 - while also keeping up the pressure on companies which trade in girl-harming behaviour.