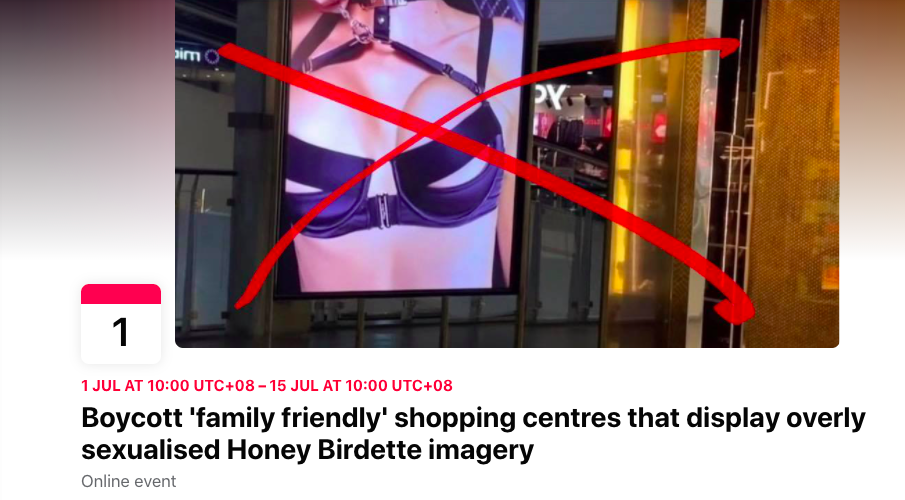 We’ve had enough of Honey Birdette’s harmful sexist, degrading, objectifying, porn-style ads in our communities - we want action from the shopping centres now!

Add your name to 78,000 others who have signed the petition calling on shopping centres to take action against Honey Birdette porn-themed advertising.

Let us know which shopping centre you’re boycotting. Leave a comment on their Facebook page - let them know too.

Thanks for taking action!