Posted by Caitlin Roper 5212sc on

Perth Brass Monkey Hotel has been forced to cancel its New Years Eve “Frat Party” event after a social media backlash over their sexist signage. 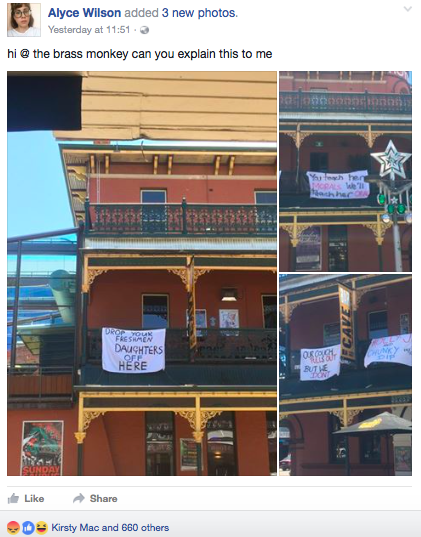 The venue had hung a series of banners with slogans such as “Drop your freshman daughters off here”, “Our couch pulls out but we don’t” and “You teach her morals, we’ll teach her oral.”

Last year a fraternity on a US college campus was suspended for promoting sexual assault after hanging a banner with the same slogan- “Drop your freshman daughters off here.” The story was featured on The Hunting Ground, the recently released documentary exposing the epidemic of rape on college campuses across the US.

After their ratings fell from 3.7 to 2.5 stars, The Brass Monkey removed the review application from their Facebook and made a public apology on their Facebook page. 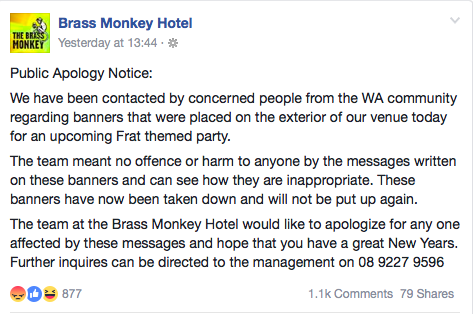 Rival pub Mechanics’ Institute responded with their own sign: 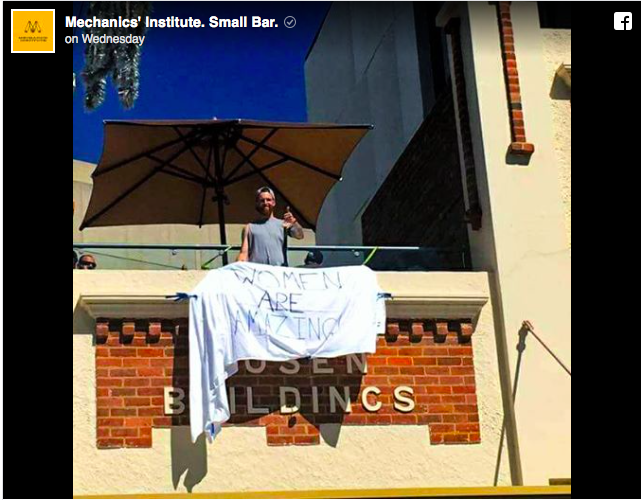 It's mind boggling that a Hotel would think promoting rape culture was an appropriate way to advertise an event, but heartening that enough pressure was applied from members of the public that they backtracked quickly.