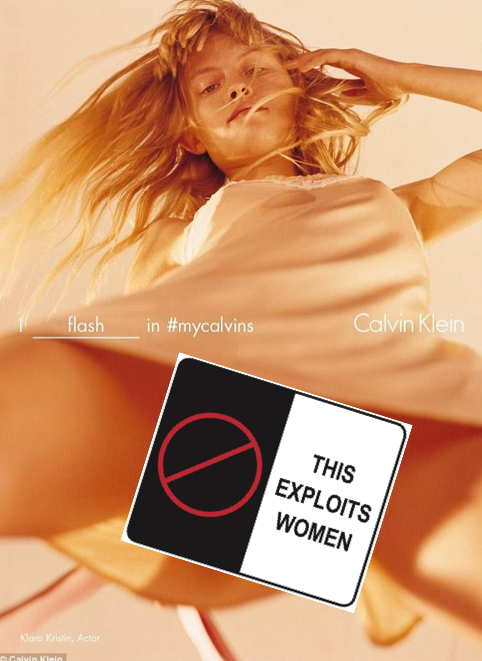 "How could this have possibly been approved. You do know that in most places flashing and taking pics up someone's skirt is illegal right?"

"So it's ok to take photos up a girls skirt for underwear modelling? Seriously not a good look CK. If no one sees a problem with this then I suggest you get a reality check with a psychologist. As if women don't get enough uncalled for sexual attention, now this marketing image comes out. Not okay!"

"Why do this??? We have enough exploitation as women already."

"This is disgusting. I love Calvin Klein, but I can't wear the clothing knowing this garbage is theirs."

"This is disgusting. That line we draw as a society has all but been erased! .......Draw the line people!!"

"Disturbing. I won't be buying Calvin Klein EVER"

"DISGUSTING!!!!!!!! Promoting paedophilia. Get this REVOTING photo depicting a young child's panties OFF!!!"

Calvin Klein has a history of objectifying women. The research shows us that exposure to sexually objectifying portrayals of women is "directly associated with a range of consequences, including higher levels of body dissatisfaction, greater self-objectification, greater support of sexist beliefs and of adversarial sexual beliefs, and greater tolerance of sexual violence toward women. Moreover, experimental exposure to this content leads both women and men to have a diminished view of women’s competence, morality, and humanity." 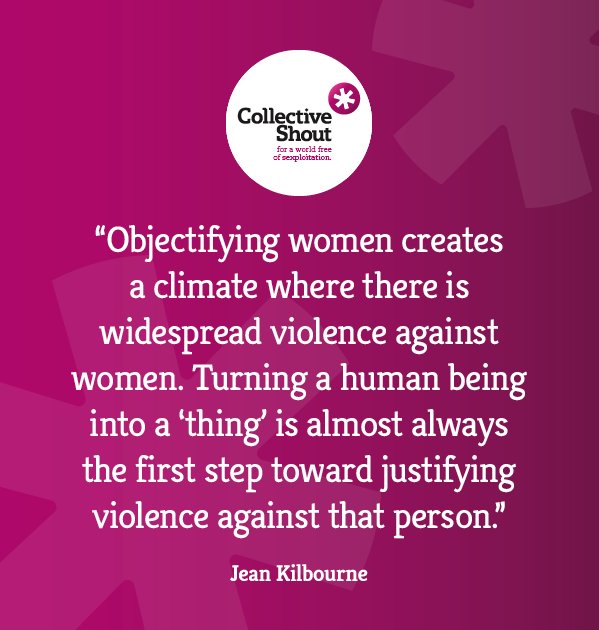 The image is additionally harmful because the model, 22, could be mistaken for being underage given how young she looks.

We encourage them to sign our Corporate Social Responsibility Pledge and put an end to their harmful advertising techniques.

Let Calvin Klein know what you think of their latest ad. You can contact their parent company PVH via the online form here.

Will you make a once off donation today to help us campaign against corporates like Calvin Klein? Click here.