Just a couple of hours after we went out on Cat Mountain's porn-themed and racist 'gang bang' ads, company director Pete Mogridge contacted us to say that he was removing all of them from the company's social media pages. Pete shared this statement to Cat Mountain's Facebook and Instagram: 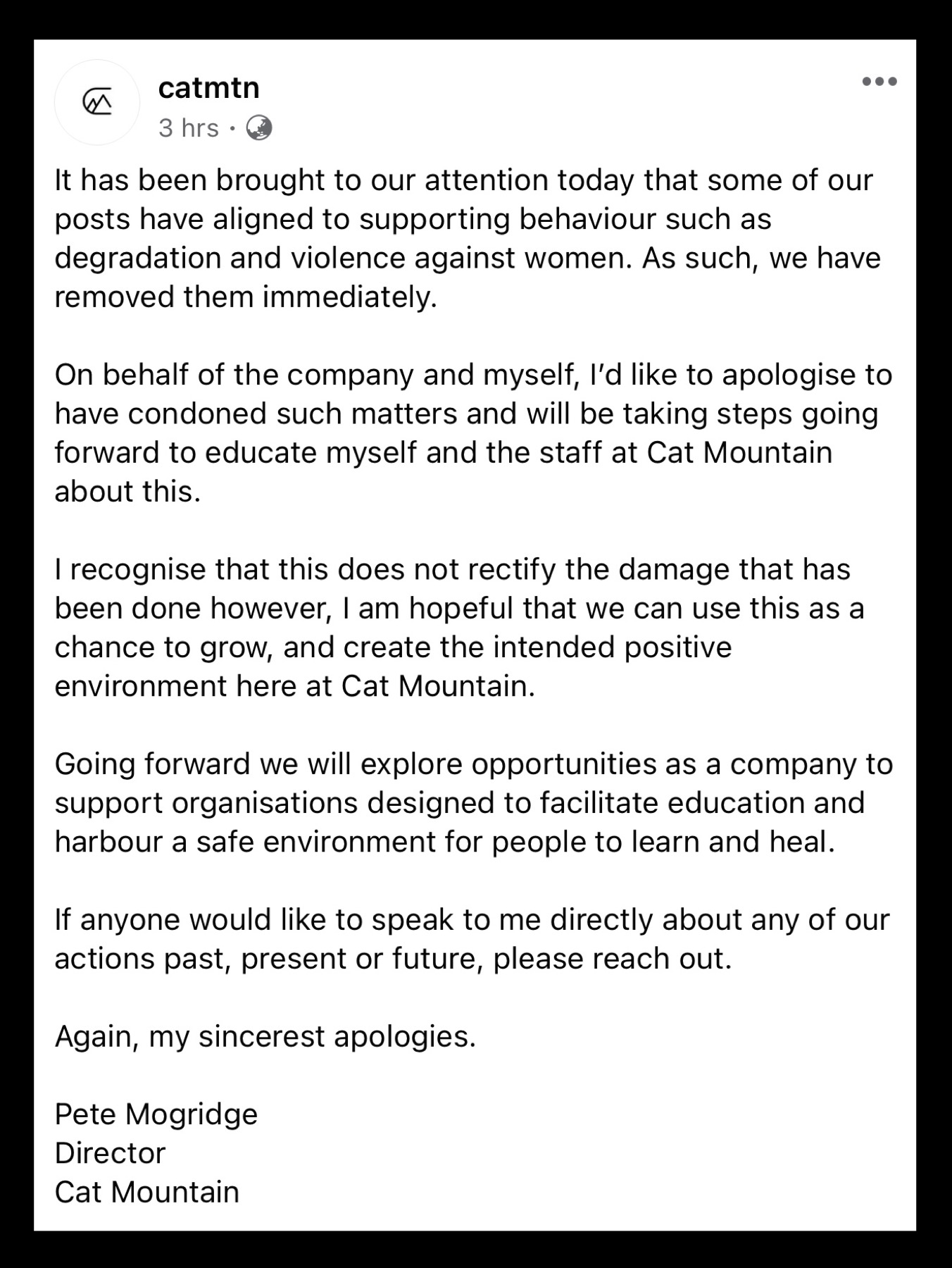 We were pleased to see Cat Mountain's quick response to our campaign. It followed backlash from our supporters who objected to Cat Mountain's porn-themed promos: 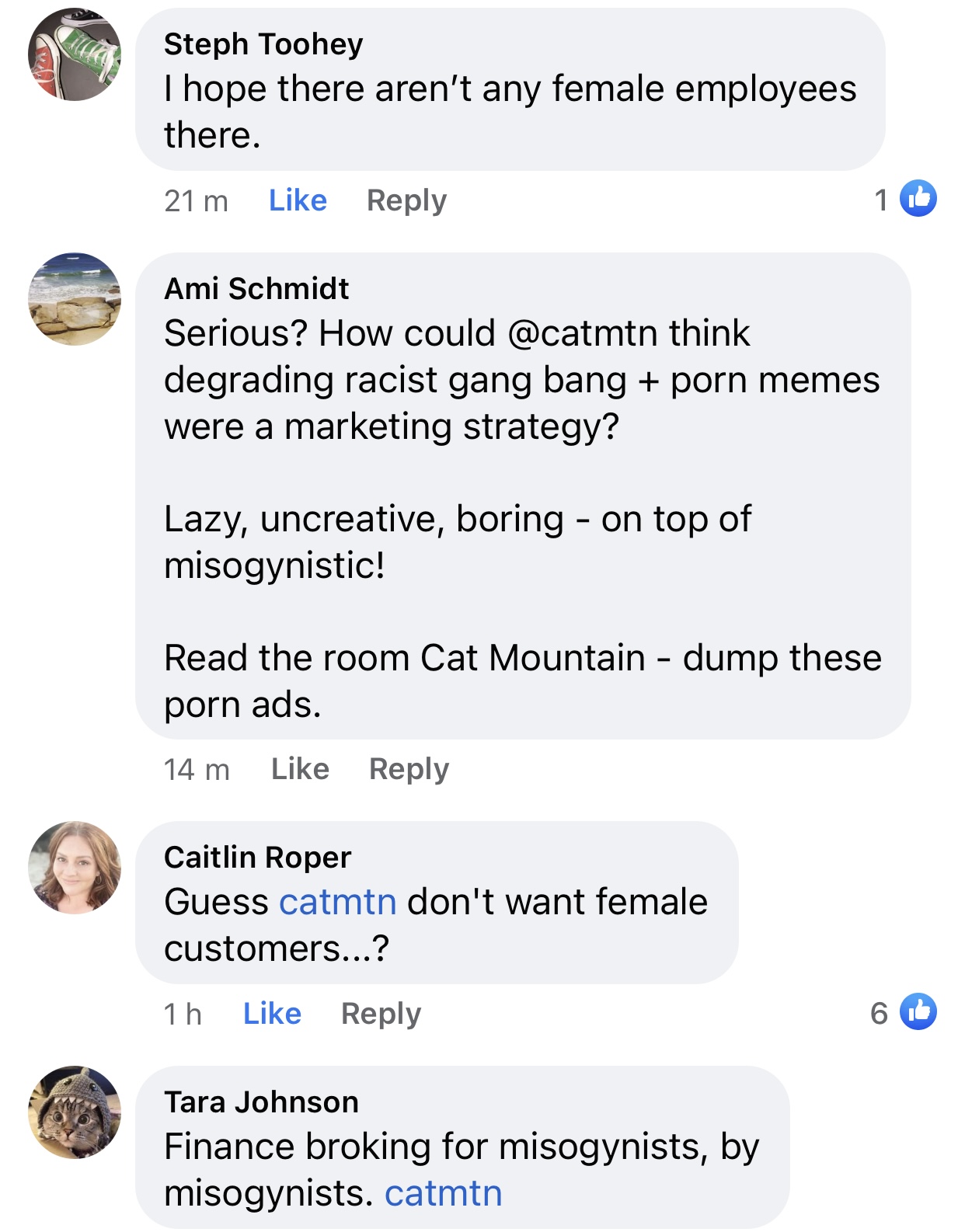 Read more below.
Cat Mountain (Cat Mtn), a Brisbane-based finance brokerage, is using racist, ‘gang bang’ and other porn-themed memes to promote its services. According to the company website, Cat Mountain was 'brought to life' by broker Pete Mogridge, and specialises in vehicle and personal loans. It claims to be ‘making finance fun’. 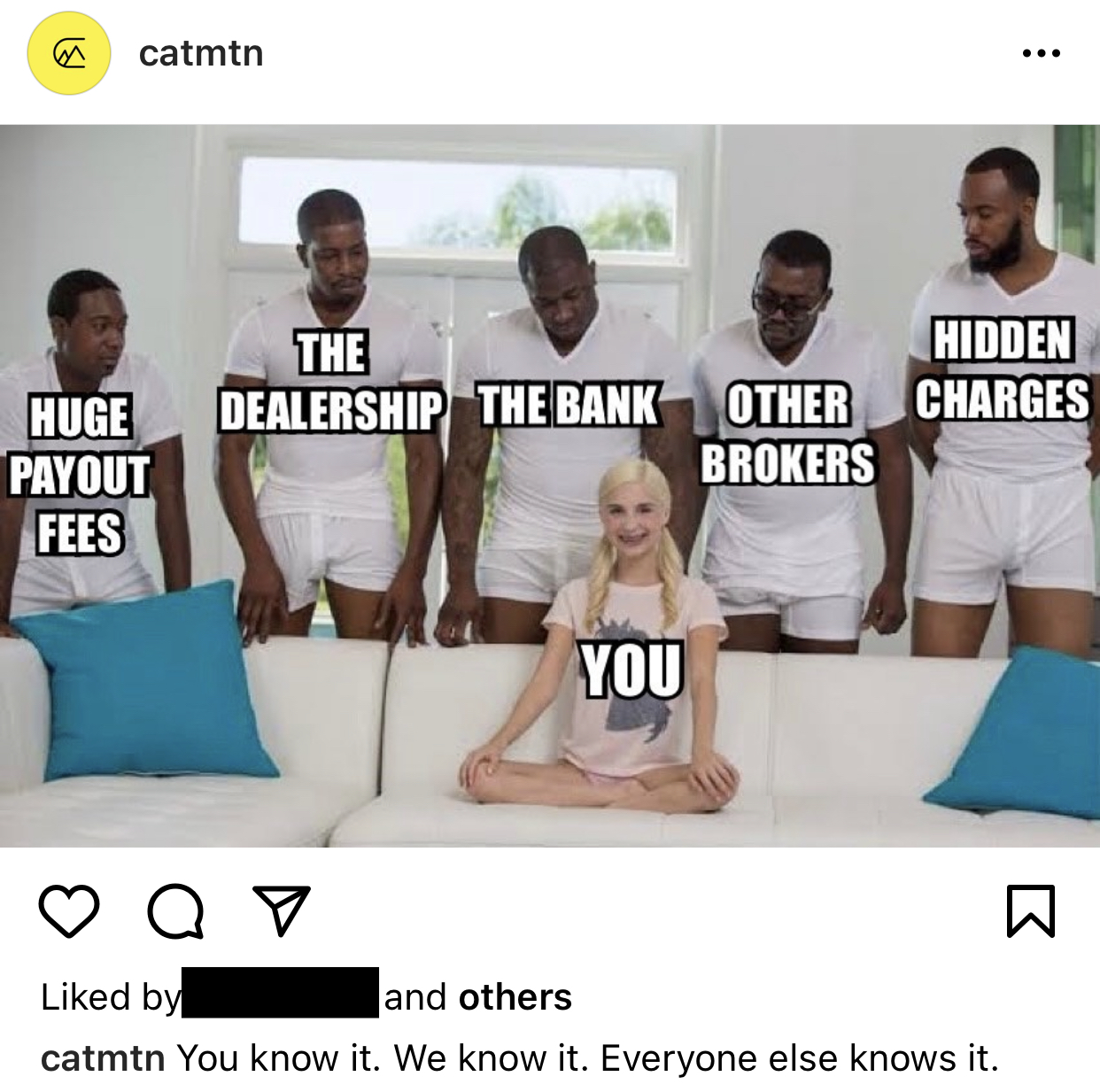 According to KnowYourMeme.com, the original meme, modified and circulated widely since its creation in 2016, is an expression of ‘willful ignorance to an overwhelming series of problems’.

Other porn-themed memes on Cat Mountain's social media pages feature semi-naked women posed on their hands and knees. One is dressed in a school girl costume. 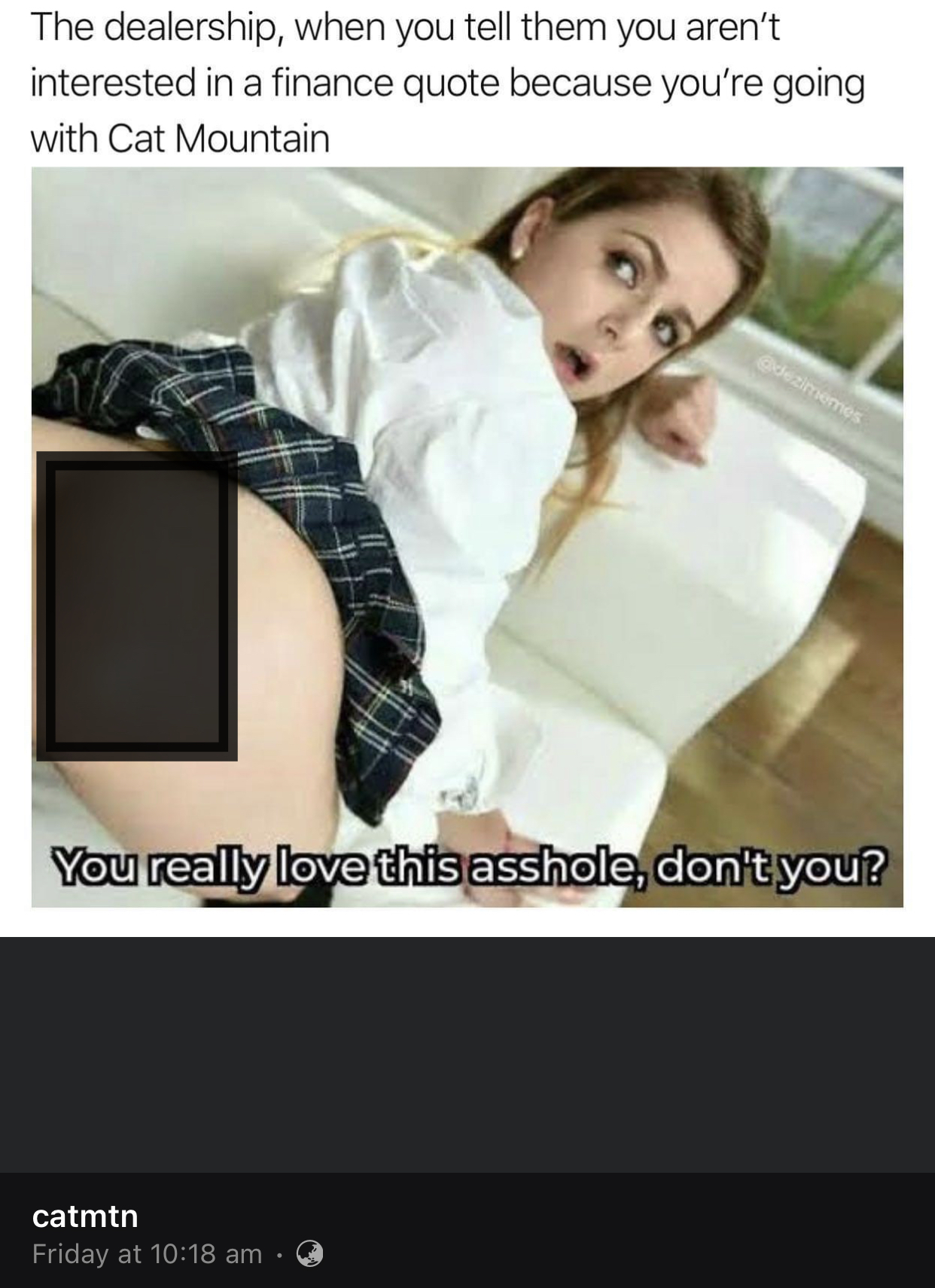 Whether you’re here for the memes or for the finance - it doesn’t matter what you’re into.

The main thing is that you came. 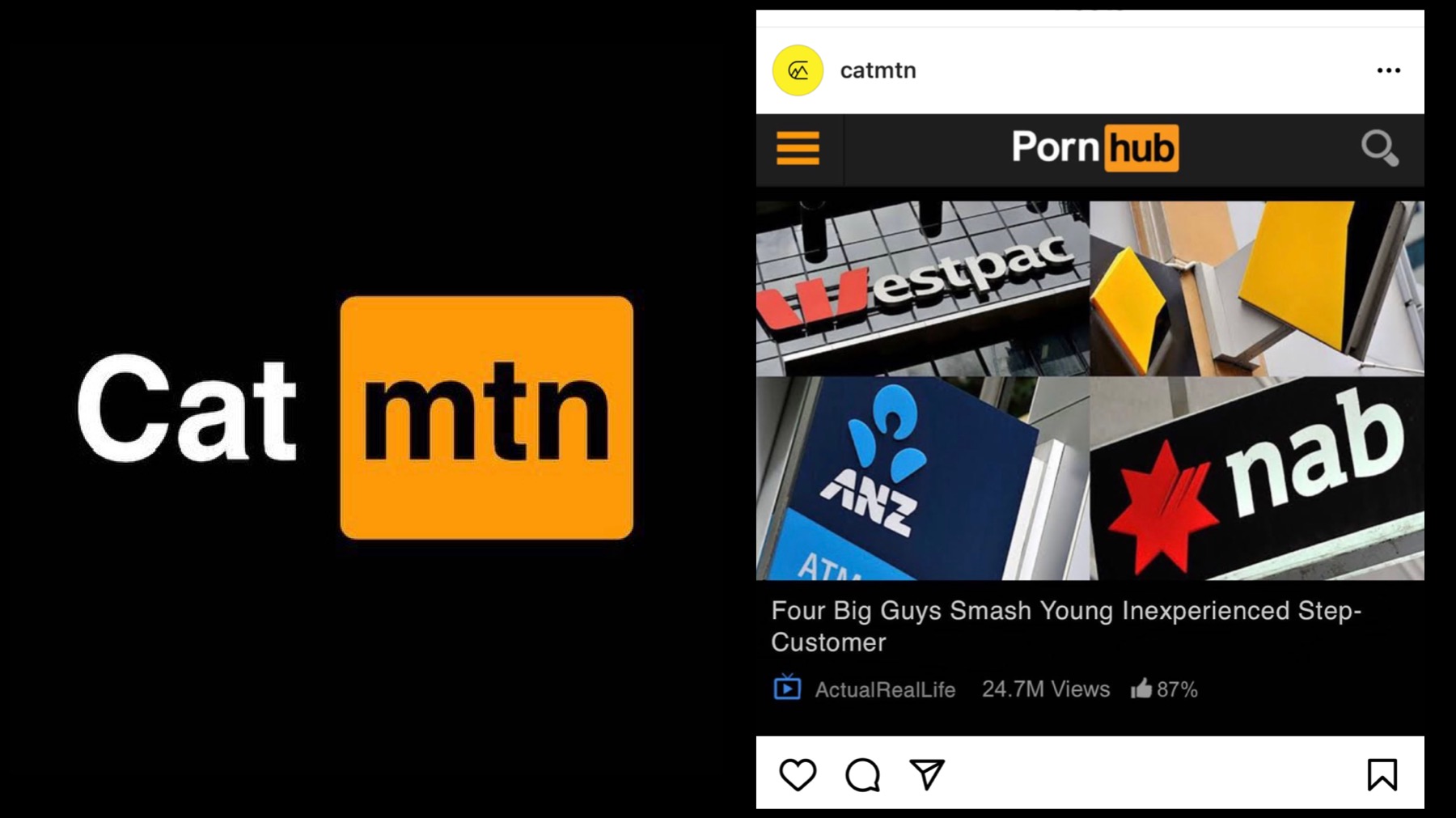 Or email them at [email protected]

Let us know if they reply.