Cheerleaders required to pose nude, “pimped out” to male sponsors

According to the New York Times, NFL cheerleaders were required to pose nude and act as escorts for male sponsors. 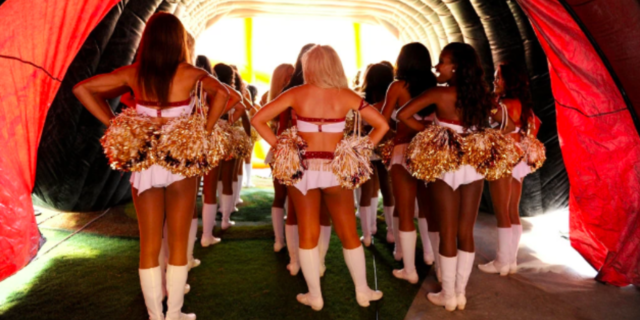 In a calendar shoot in 2013, cheerleaders had been required to pose topless or only in body paint while a group of male sponsors and FedExField suite holders watched.

At the completion of the calendar photoshoot, nine of the women were told they had been “chosen” by men to be their escorts to a nightclub and to get ready. Some of the women reportedly began to cry.

While they were not instructed to have sex with the sponsors, some women said they felt they were being “pimped out”.

“They weren’t putting a gun to our heads, but it was mandatory for us to go. We weren’t asked, we were told. Other girls were devastated because we knew exactly what she was doing.”

“It’s just not right to send cheerleaders out with strange men when some of the girls clearly don’t want to go.

“But unfortunately, I feel like it won’t change until something terrible happens, like a girl is assaulted in some way, or raped. I think teams will start paying attention to this only when it’s too late.”

This disturbing culture of sexism and discrimination with the NFL includes a “hot or not” game on the Washington NFL team’s website, where players can rate and evaluate the women’s physical appearance. Cheerleaders barely earn minimum wage, and are not permitted to socialise with team players:

Cheerleaders are told not to dine in the same restaurant as players, or speak to them in any detail. If a Saints cheerleader enters a restaurant and a player is already there, she must leave. If a cheerleader is in a restaurant and a player arrives afterward, she must leave. There are nearly 2,000 players in the N.F.L., and many of them use pseudonyms on social media. Cheerleaders must find a way to block each one, while players have no limits on who can follow them. 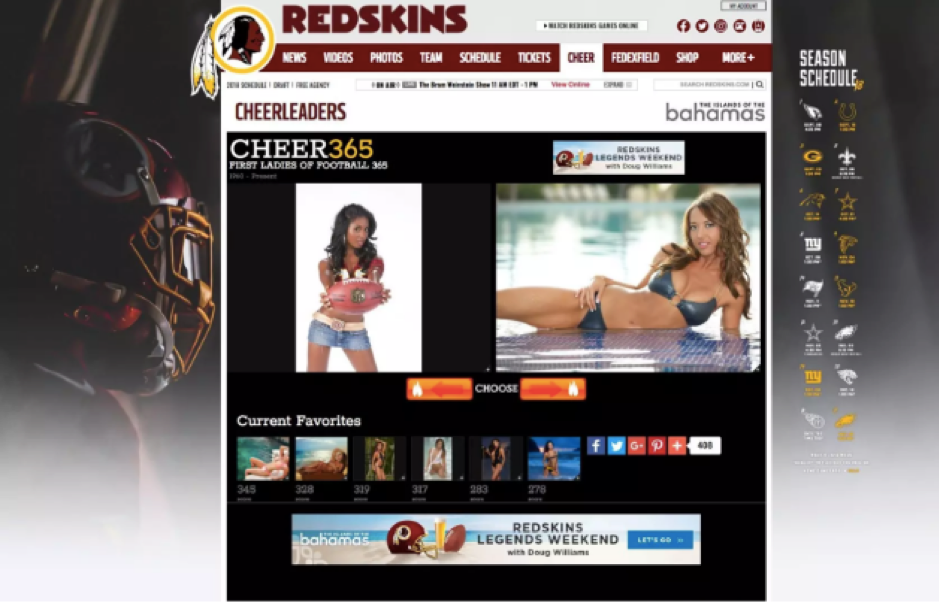 A screengrab of the Redskins website, with the “hot or not” game.