Calling out sexualisation and sexual exploitation of children

September 5-11 is National Child Protection Week. The theme is 'Every child, in every community, needs a fair go'.

Read on to learn more about what we're doing to combat sexual abuse and exploitation of children, and to give children a 'fair go'.

Read: Parents guide to combatting the sexualisation of girls

Last year we were successful in our campaign calling on mega e-commerce platform (and trillion dollar corporate) Alibaba to remove child sex abuse dolls and replicate child body parts from its platform. We are continuing to call on corporates which sell this form of child sexual abuse material to stop - including online marketplace Etsy. Read more about Etsy's child sex abuse dolls and replica child body parts marketed for men's sexual use here.

In our recent submission to the Parliamentary Joint Committee on Law Enforcement: Law Enforcement Capabilities in Relation to Child Exploitation we highlighted the need for uniform legislation across all states to prohibit importation, manufacturing, possession, solicitation, advertisement, sale and purchase of child sex abuse dolls. We recommended the Federal Government call on state parties to follow its lead and make all child sex abuse dolls and replica child body parts illegal.

"This is obscene material that promotes, condones and normalises child sexual abuse. There is no justification for producing or selling these products. We should demand their immediate withdrawal." 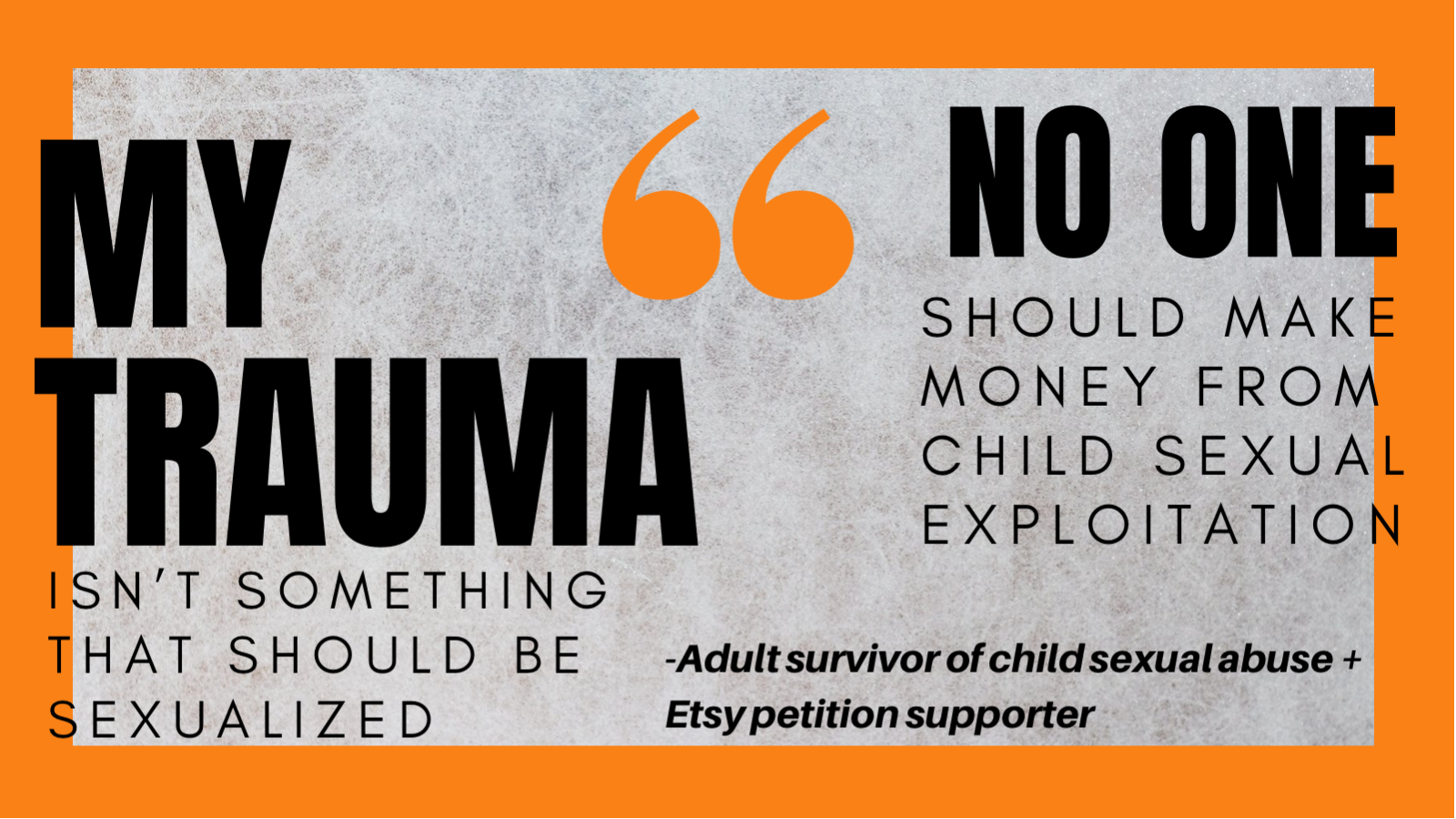 We are also calling on Etsy shareholders to take action and call on Etsy to dump merchandise which fetishises, trivialises and normalises child sexual abuse. Read our letter to investors here.

This year we welcomed new measures to help protect minors on Instagram as part of our global campaign with partners. Read about these here and here. We are continuing our work with global partners and Facebook executives to bring about even more improvements on Instagram. We have continued to report numerous accounts to Instagram and NCMEC for suspected child exploitation activity.

In June we welcomed the Federal Government’s announcement that it supported the development of a roadmap for the roll out of an age verification system to help protect children from exposure to online pornography. The Government has instructed eSafety to rollout a road map in the next 12-18 months.

However we think that is too long and have called for age verification to be fast-tracked. Read more here.

MTR on 4BC - No barriers between kids + hardcore content: We need age verification now

We signed a joint letter calling on Apple to improve safety for children, including default safety settings on devices. We were disappointed by Apple's decision to abandon rollout of tech to scan devices for known child exploitation material, and we will continue to call for measures to combat online child exploitation. Read more about the Default to Safety Campaign and sign the letter to Apple here.

We have highlighted the dangers end-to-end encryption (E2EE) poses to children as it shields perpetrators of child sexual exploitation and abuse from detection. We have documented our concerns about Facebook's proposal to rollout E2EE across all of its messaging services in a number of Australian and global submissions. See here and here for recent examples.

Earlier this year we called out youth retailer City Beach for promoting and selling Playboy-branded clothing and other merchandise to teens. We pointed out that it was deeply unethical and sinister for adults who are aware of what the Playboy brand represents to sell merchandise emblazoned with the Playboy logo to children, particularly girls, who do not know what the brand symbolises or that they are being used as unwitting props for the global pornography industry. Read more here. 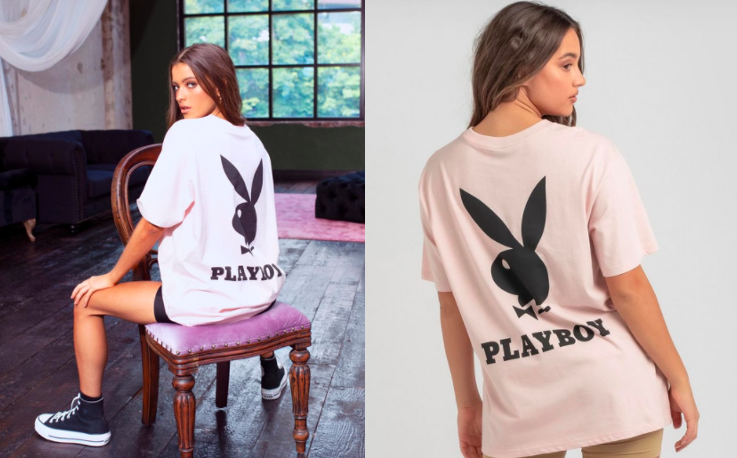 Research shows that girls are dropping out of sport due to fears of sexual harassment and objectification. We believe girls should be allowed to wear sporting uniforms which are comfortable, practical, and which allow them to participate without worrying about unwanted exposure, attention, comments about their body parts and sexual harassment.

That's why we're backing Norway-based activist and athlete Talitha Stone's petition calling on the International Handball Federation to allow female beach handball players to wear shorts instead of bikini bottoms in competition. The IHF responded, and the matter is on their November meeting agenda. Read more and sign and share the petition here.

Video: 'A predator tried to groom my 9 year old daughter', MTR interview with Jen Hoey, Not My Kid

“Better a robot than a real child”: The spurious logic used to justify child sex dolls