Yesterday we exposed budget shopping app Wish selling a range of child sex dolls. We were pleased when the company responded quickly, promising to remove the child sex dolls and take action against the sellers. But then we learned more.

How long have Wish known about child sex dolls?

The response from Wish on our Facebook page suggested they were not aware of the items that had “made it onto [their] platform” and that they were committed to removing such items “when [they] find them”.

But what about products they have verified for quality, like this sex doll complete with a blue tick? Did they know about them? 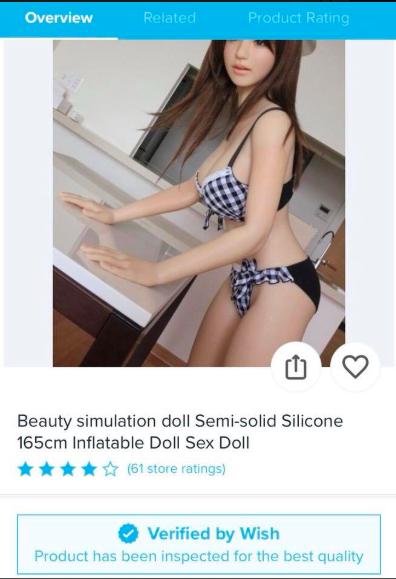 Yesterday we learned Wish has been selling inappropriate products for some time. One woman recounted deleting the app after being confronted with plastic vaginas for sale, one of which was a ‘child’ model. Another woman commenting on our Facebook page described how her twelve-year-old son using the app was confronted by ads for sex toys, despite providing his age upon sign up.

Child sex dolls were only the beginning

Since releasing yesterday’s blog post, we have discovered a substantial array of disturbing products available for purchase on Wish. In addition to child sex dolls, we have found realistic silicone replica vaginas, female torsos and backsides, replica female mouths and throats, disembodied child sex doll legs, feet, and heads for sale, all for men’s sexual use. 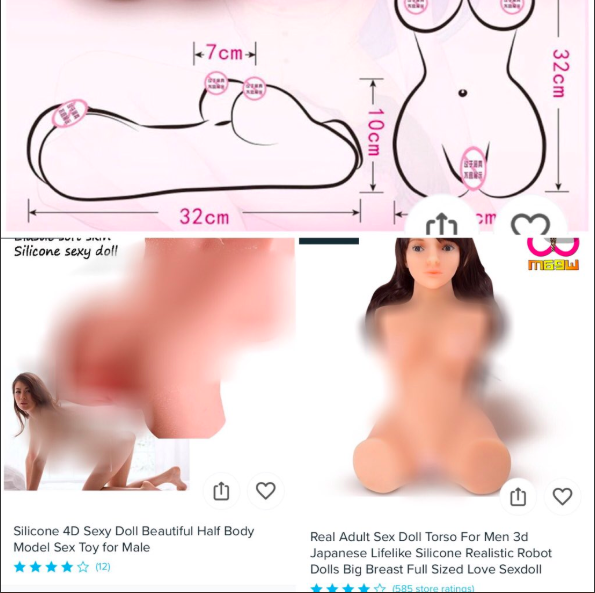 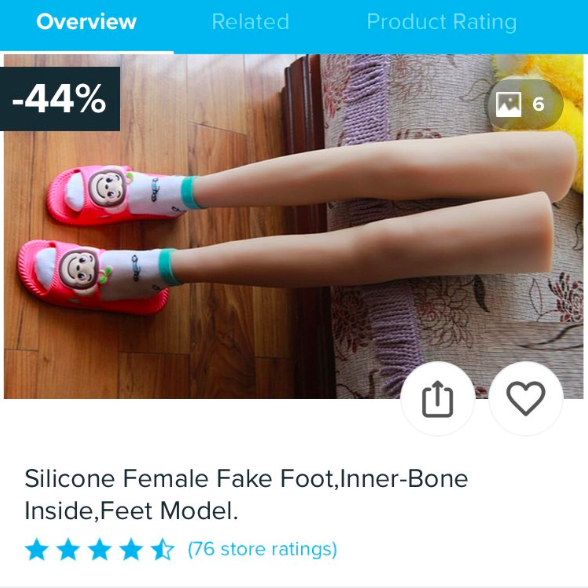 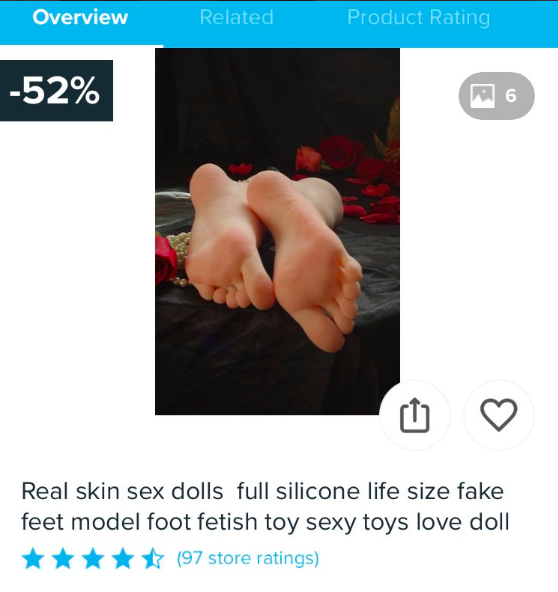 We have also discovered hidden spy cams for purchase alongside imagery depicting a man secretly filming a woman as she undresses. This criminal violation of women’s privacy is now a popular genre of pornography. 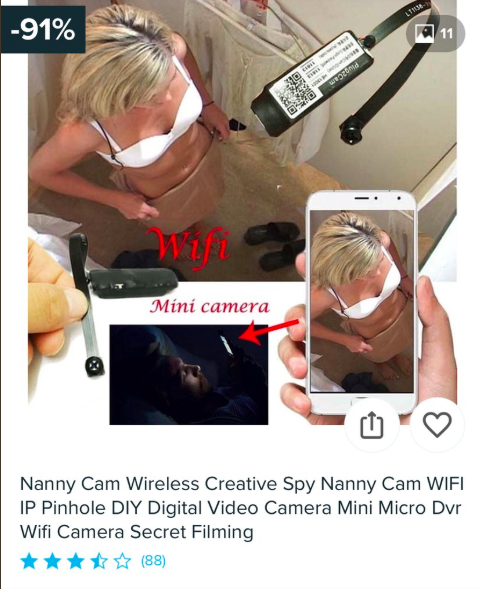 Wish is a major international company, with over 30 million followers on Facebook alone. The app is rated 12+, appropriate for users aged twelve and up. How could a major company be so negligent? And what are they doing about it?

It's not enough to simply remove child sex dolls from sale. All of the replica body parts modelled on the bodies of women and children for men's sexual use must go, and Wish needs to implement a policy to prevent this happening ever again.

If you have an Android phone, visit Google Play to leave a review or report the app, and contact them on Twitter.