Collective Shout quoted in two articles for The Examiner

Excerpts from The Examiner

Data showsinvestigations into child sex offences by Tasmania's Joint Anti Child Exploitation Team had increased by 280 per cent since February 2020 when compared to the same period in 2019....

"My colleague yesterday witnessed a mother telling her child to dance [via livestream] and there were all these men commenting and asking for photos - we know there are some parents selling photos of their children through Instagram [too]," she said.

"That's one of the most shocking things for us because Instagram is such a mainstream tool, there's no need to go to the dark web for child exploitation."

"In plain sight it becomes normalised ... that's why we're going to see increases because these men and some women are becoming more bold and working with other paedophiles - it's just a living nightmare," she said.

Another article emphasised the risk of child sexual exploitation and what parents can do to protect their children.

Since February, Tasmania's joint anti child exploitation team has seen a 280 per cent, or 38-case increase in investigations into child sex offences compared to the same time last year....

"These photos are ending up on paedophile forums and we know that because we've stumbled across forums and seen Instragram accounts," she said.

Ms Liszewski said parents should also be cautious of livestreaming their children, and be mindful of any illegal comments.

"Don't let your guard down for a second - this stuff is real and when it happens it's devastating - you don't want your child to go through the trauma," she said. 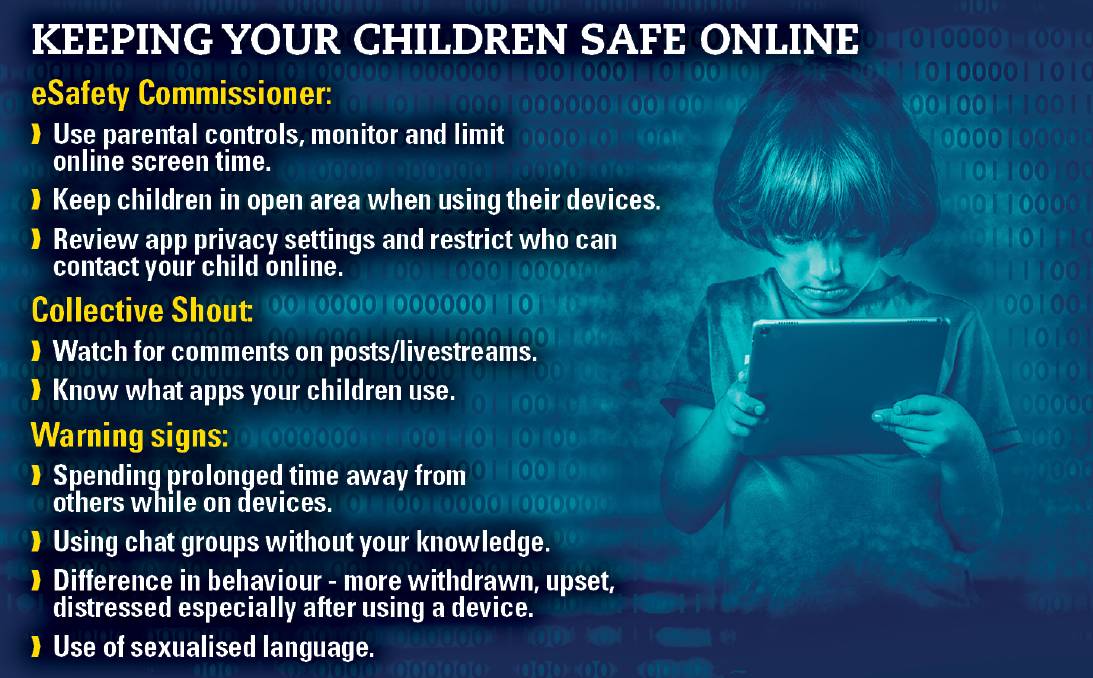 Collective Shout calls on Instagram to do more to protect children