Today an article crossed my desk regarding a 28-year-old Victorian man who was sentenced to 12 years in prison for his vile and depraved sexual exploitation of 24 children aged between 12 and 16.

He allegedly groomed young girls for sex, raped some, and committed indecent acts on others. Several girls were forced to perform sexual acts involving family members and animals.

Some of the acts, with which Meharry has been charged with 20 counts of manufacturing child pornography, had also been filmed by Meharry over a number of years.

He is also charged with rape, sexually penetrating children under 16, making child pornography, using a carriage to procure, grooming and engaging in sexual activity with children.

Immediately I was reminded of an excellent piece by Collective Shout co-founder Melinda Tankard Reist in which she explained how child sexual abuse thrives in a culture that eroticises it. 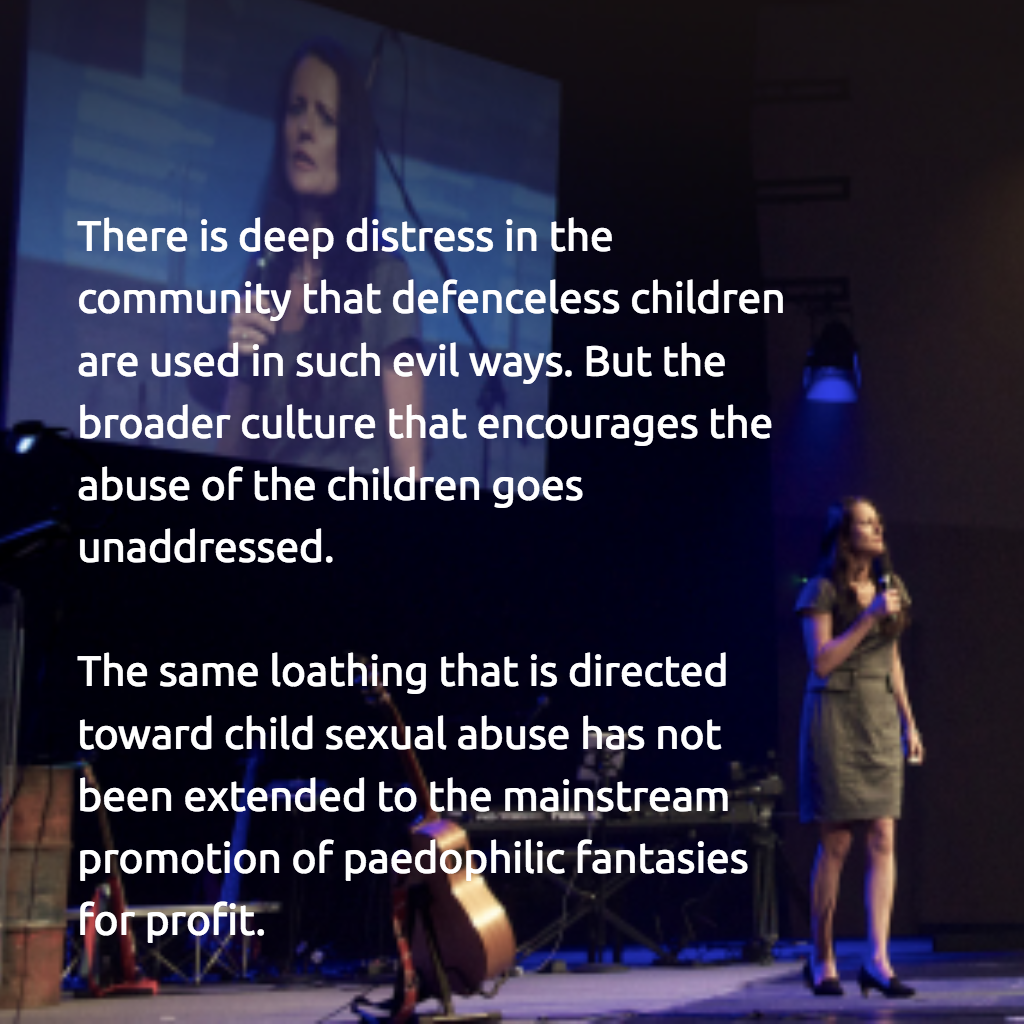 Bookworld, Barnes & Noble and Amazon have been exposed for selling hundreds of rape and incest titles in categories emphasising terms like “taboo,” “forced,” and “reluctant.” Titles included Daddy takes my Virginity, Daddy forces himself on little teen, Daddy’s Sex Slave and I tempted Daddy.

On the same site as Bookworld’s Father and Daughter Erotica section, was Repair Your Life: A Program for Recovery from Incest and Childhood Abuse. There are currently 30 titles listed under ‘‘Daddy Fantasy’’.

Amazon was forced to withdraw The Paedophile’s Guide to Love and Pleasure: A Childlover’s Code of Conduct, written by a paedophile. But other pro-paedophile titles continue to be promoted.

Novels with incest themes typically eroticise sex between an older male relative, a father or sometimes uncle, and a young, virginal daughter or niece. We know that the prevalence of abuse by men known to victims, such as family members, is particularly high. So why allow publications that normalise it?

We must continue to speak out against products and services that sexualise children. If you are not already subscribed to our mailing list join today and learn about how you can take simple steps in the fight against sexploitation.