NSW-based chocolate company Chocolab has pulled a post advertising a block of chocolate emblazoned with the slogan "F*ck me Daddy" as part of their Father's Day promotion. 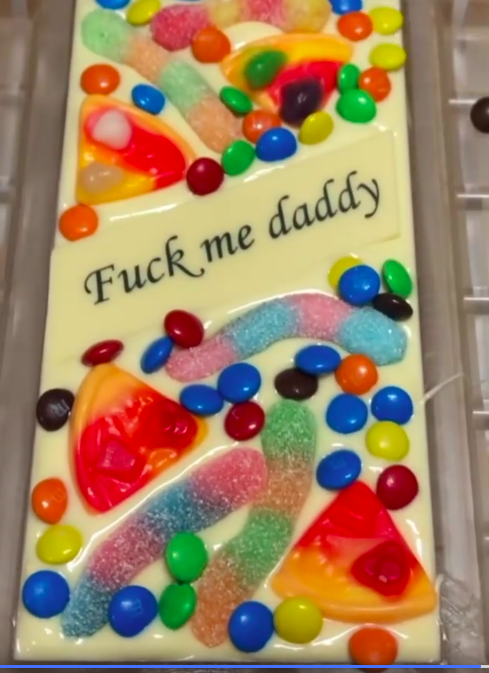 Collective Shout supporters contacted Chocolab on Facebook and Instagram, asking them to consider the impact of these harmful messages on survivors of child abuse, and to pull the video posts from social media:

“What the hell is wrong with you?”

“This is incredibly inappropriate. Why do you need to disparage victims of child sexual abuse to sell products?”

“’F*ck me Daddy...’ ‘Taking a Father’s Day gift to a whole new level’... you really ever thought that was going to be appropriate? Disappointing Chocolab.”

“Girls don’t want their fathers to rape them.”

“My mother and aunt are survivors of child sexual abuse perpetrated by their own father. They could never speak it, so I’ll speak for them. They didn’t ask for it, they didn’t want it or invite it, and it nearly destroyed the both of them. Their abuse wasn’t funny, but your post treats it like *jokes*. In the context of your current Father’s Day promo, this messaging is particularly harmful. Do the right thing @chocolab_au and remove this post.”

Chocolab responded, defending the design as merely a custom order intended as a Father’s Day gift. 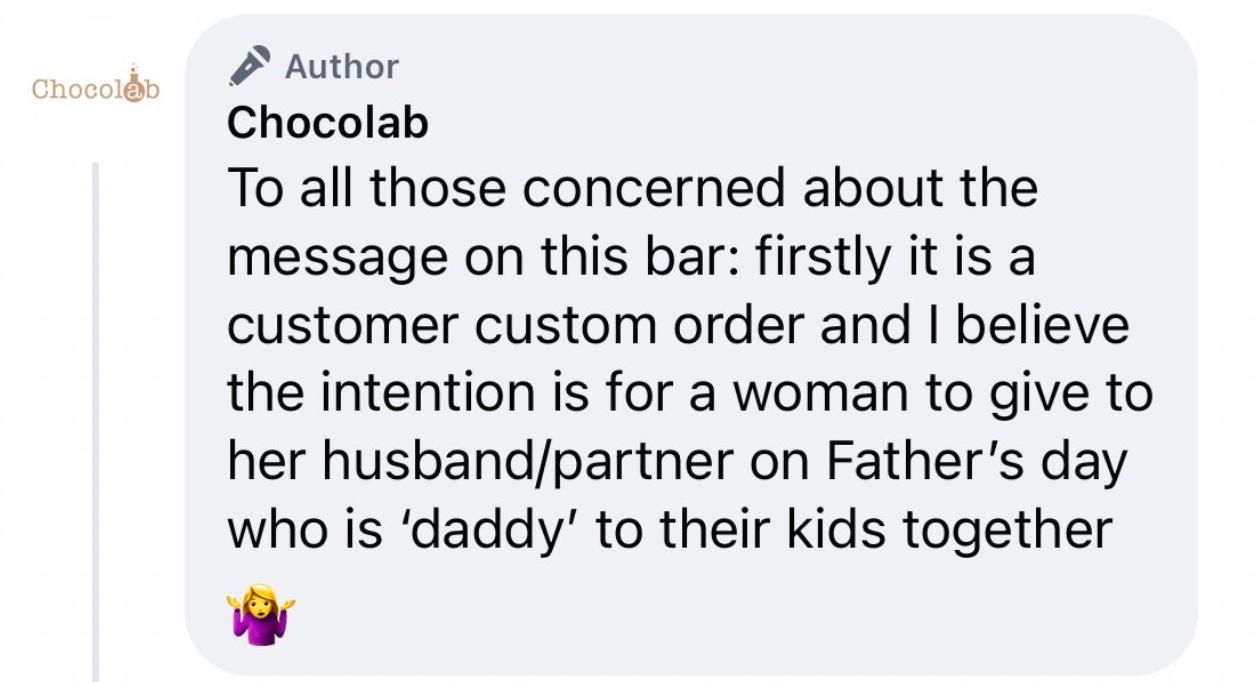 Collective Shout supporters asked why they had accepted the order and chosen to publish it. Chocolab responded by deleting their comments.

Why would Chocolab want to trivialise child sexual abuse as a punchline to a joke?

The notion that girls want to be raped and sexually used by adult men, including their fathers, is incredibly harmful. Men who rape children often delude themselves into believing that their child victims both wanted and enjoyed it.

Did Chocolab consider how survivors of sexual abuse might feel about their ‘joke’? Or how perpetrators might be emboldened by it, validated in their belief that children desire abuse?

Thank you to all those who took the time to speak out and tell Chocolab that child sexual abuse is not a joke. Your voice matters! 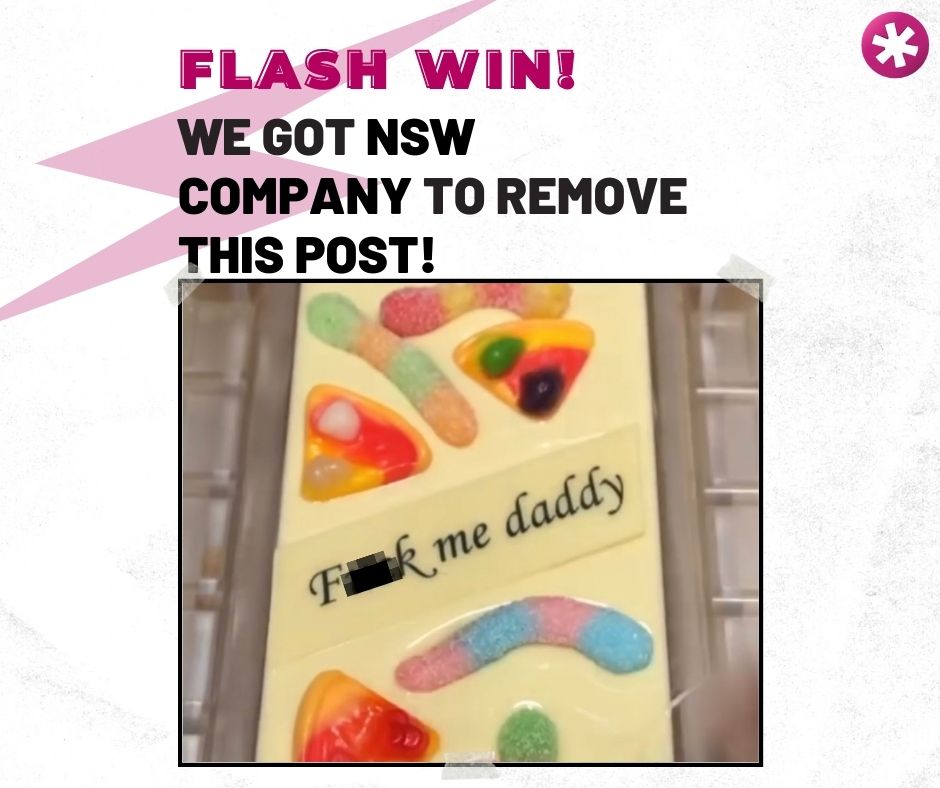 “Australians should be outraged by this offending”