Surf store City Beach has been accused of promoting pornography to teenagers by selling Playboy clothing, but the retailer has hit back at anyone “bullying or shaming” people who wish to wear the brand.

Photographs have been posted on social media showcasing the fashion available, including a jumper and T-shirt with the Playboy bunny logo and typography.

But the post immediately attracted outrage, with some describing promotion of the clothing brand as “abhorrent and revolting”, while others even called for City Beach to be boycotted. 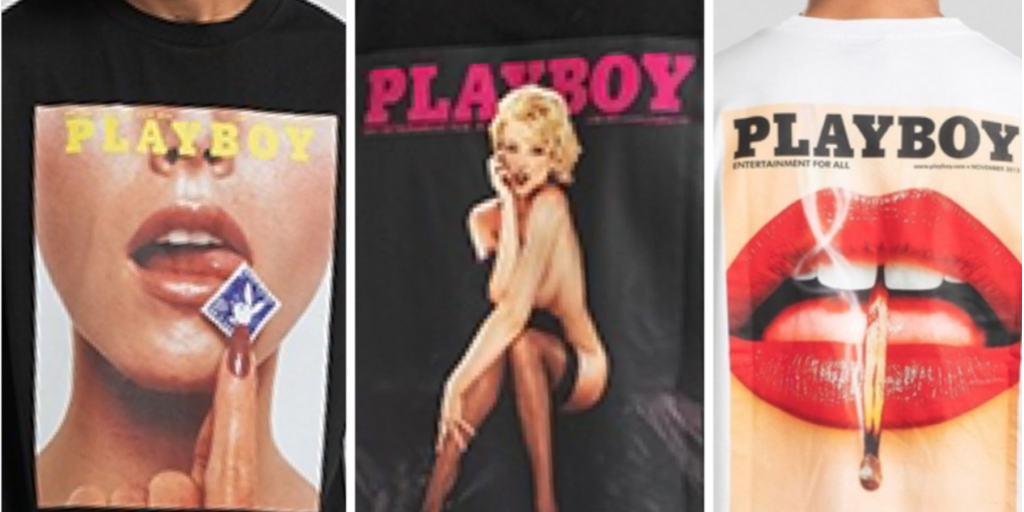 Activist Caitlin Roper from the group Collective Shout, which opposes the objectification of women and sexualisation of girls, said the store was introducing young people to pornography by normalising and embedding it in clothing targeted at them.

An Australian fashion retailer has come under fire, accused of promoting pornography and the objectification of women to impressionable young girls, after unveiling a new range of Playboy-branded clothing.

Playboy, which was founded by Hugh Hefner in the 1950s, has long been criticised for objectifying and exploiting women.

Collective Shout, a not-for-profit organisation that opposes the objectification of women and the sexualisation of girls, said the store was introducing young people to pornography by “normalising” and “embedding” it in clothing targeted at them.

The youth retailer claimed it “[does] not endorse male or female objectification”.

Apparently City Beach thinks we are stupid. Does City Beach genuinely believe it can promote and profit from the objectification of women, and once held to account it can just claim not to? Does the company think we have forgotten its long history of selling porn-wear emblazoned with images of naked and objectified women, sometimes bound and gagged?

“So @CityBeach, when you say you’re ‘playing a part in the day to day life of Australia’s youth culture and lifestyle’ is this what you mean? Promoting the objectification of girls and women?" https://t.co/HfBNwG8y1B #binthebunnycitybeach

At the same time City Beach has partnered with a global sexual exploiter of women for profit, it gaslights individuals who object. In a complete reversal, City Beach painted those who objected to their grooming children to be consumers of pornography as the aggressors, accusing them of “bullying” and “shaming”.

City Beach can throw around buzzwords like “diversity” and “equality” all it wants, but we’re not falling for it. It’s been ten years, and City Beach is still objectifying women for profit. 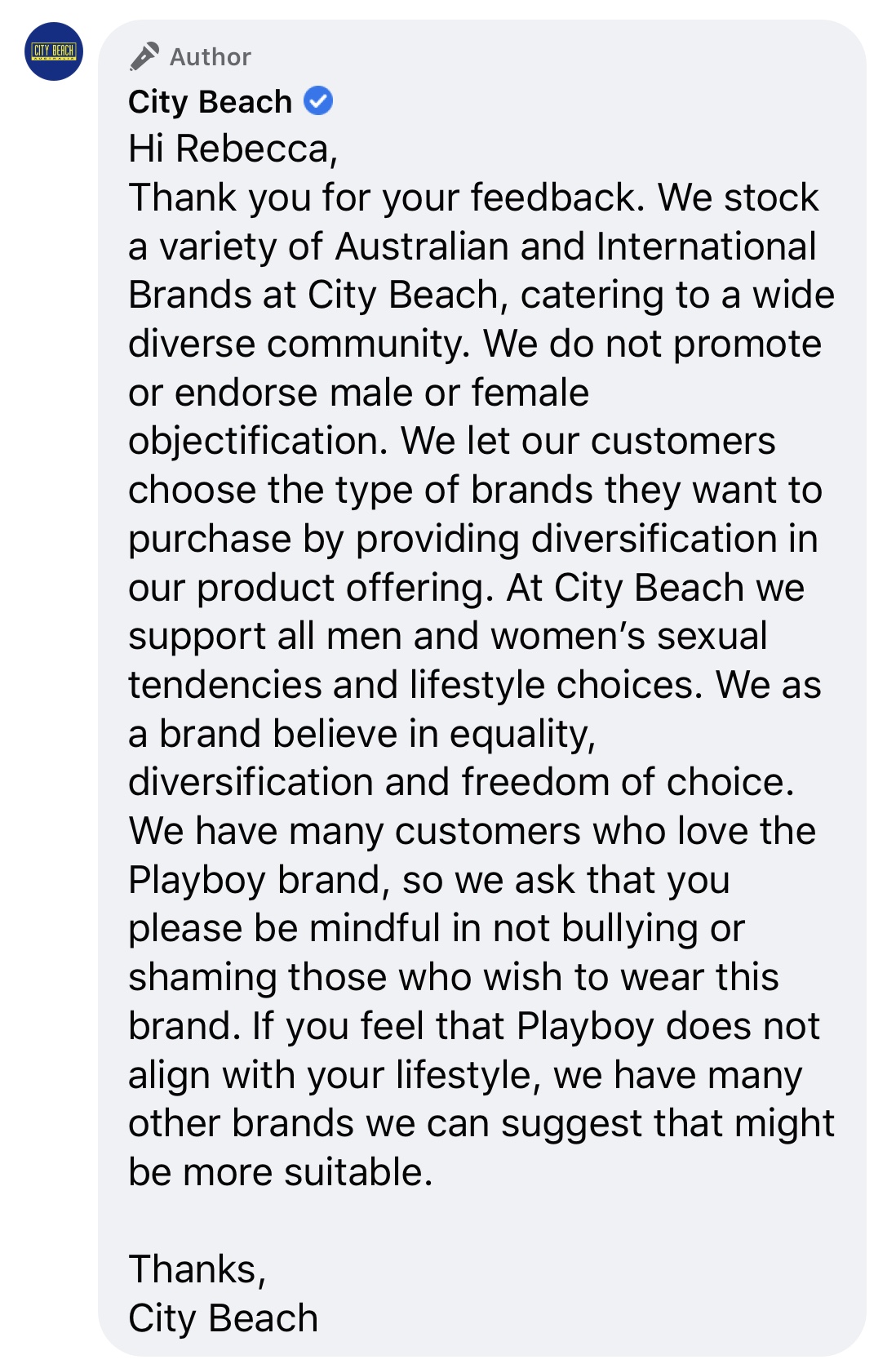