"How on earth do you think this is acceptable to sell knowing a large percentage of your customers are teens?"

As reported by news.com.au 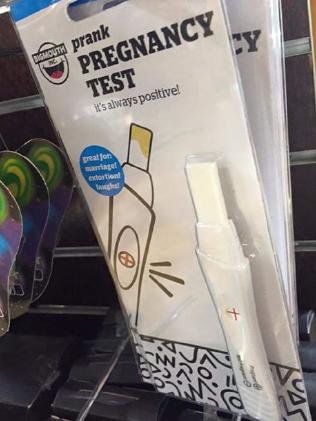 In the post, the woman said she went into the Aussie surf chain’s North Lakes store with her daughter, when she came across this gag item:

The product is a fake pregnancy test that always returns a positive result, manufactured by the novelty product brand Bigmouth Inc.

She described the faux-pregnancy test as “ridiculously offensive”, and explained her view by saying: “You do realise young teenage girls shop in your stores right? You do realise that many mothers (including not-yet mothers) have gone through countless & expensive IVF procedures in order to achieve a positive result on a REAL pregnancy stick.”

She said she complained to the girl at the counter, who she said initially informed her they would not remove the product from their shelves, as it’s the buyer’s job to ensure all sold products are bought according to the store’s standards. Read more at news.com.au

The product reads "Great for: marriage, extortion, laughs" Because pregnancy is HILARIOUS among a target market of teenagers.

City Beach describes itself on its website as "playing a part in the day to day life of Australia's youth culture and lifestyle."

Here is a brief sample of what City Beach has contributed to "youth culture."

"Grow your own big tits" novelty toy alongside children's toys 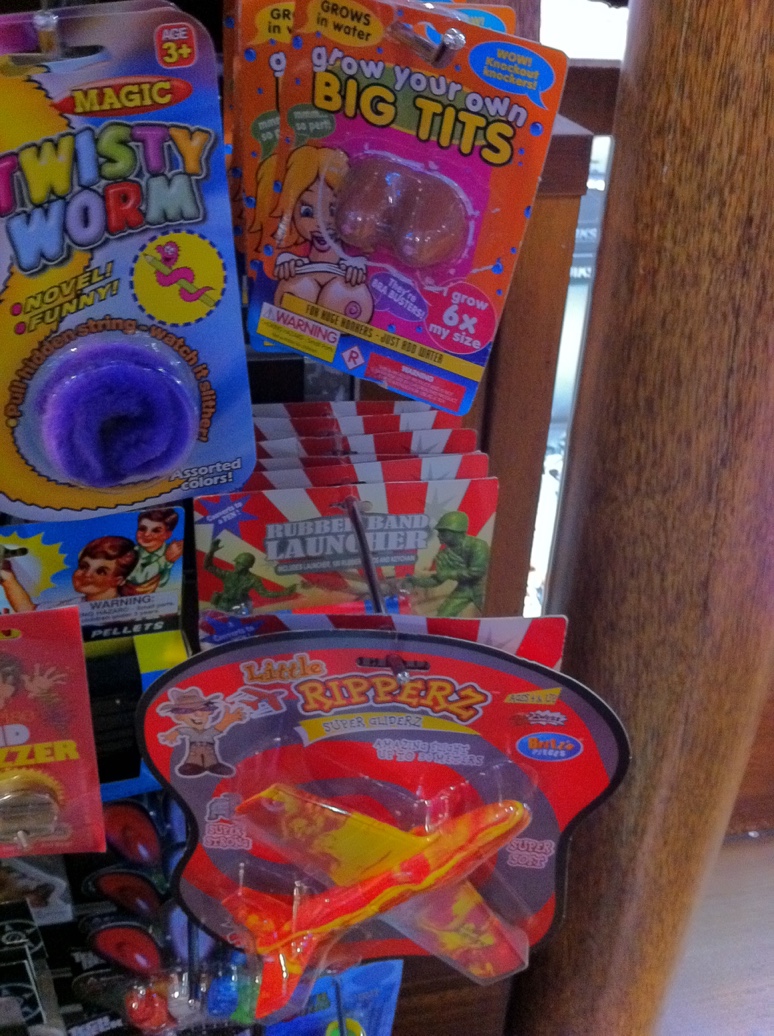 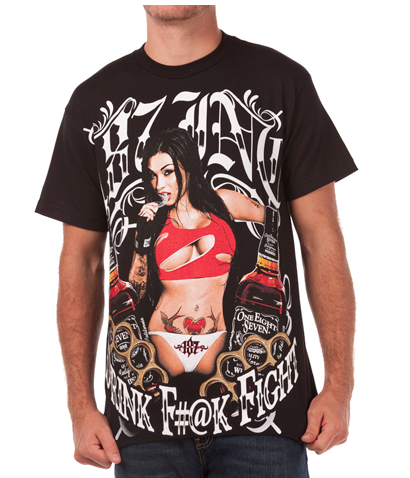 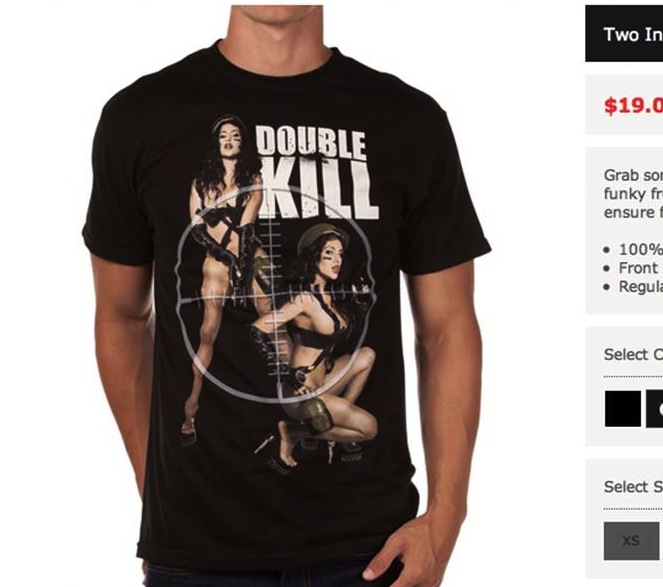 "Foreplay" t-shirt (blurring ours) City Beach lawyers had maintained they did not display images of naked women in its stores. The women pictured on this shirt are completely naked with one wearing a bondage ball gag. 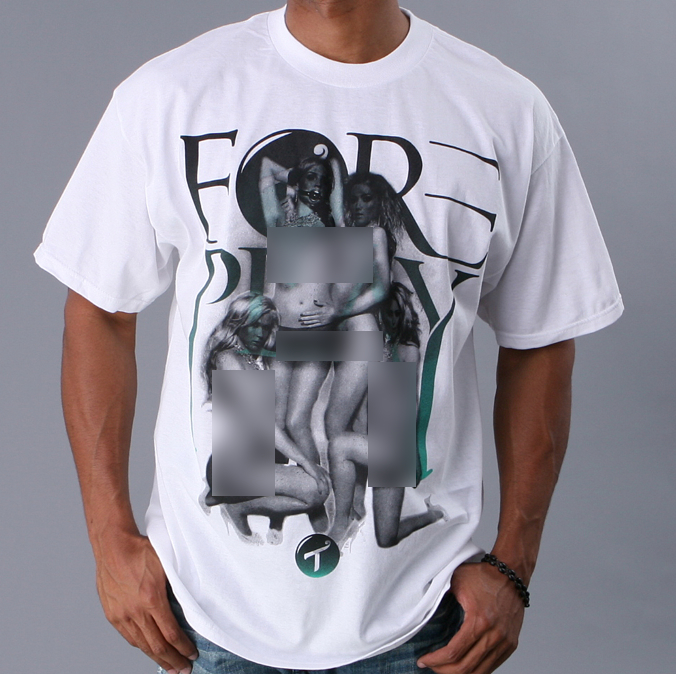 "Mind Blowing" - Following a complaint to the Department of Health and Ageing, this item was investigated as a potential breach of the Tobacco Advertising Prohibition Act 1992. City Beach promptly withdrew the shirt from sale, probably to avoid a fine of up to $66000. Unfortunately there are no such penalties for selling pornographic merchandise to young people. 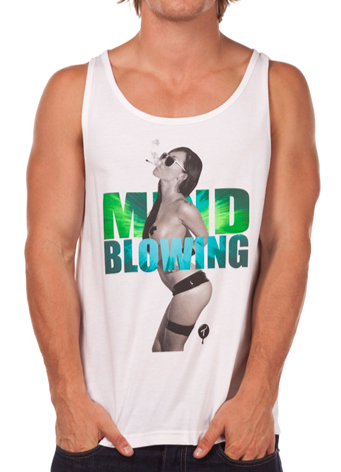 Pornified images on shorts sold at City Beach. One supporter reported seeing a man wearing these board shorts in the children's wading pool at Dreamworld on the Gold Coast.

Teachers complained when year 10 students brought these pencil cases to school. City Beach claimed in a statement it would discontinue the item, but instead marked down the price, making it even more accessible for young people to purchase. 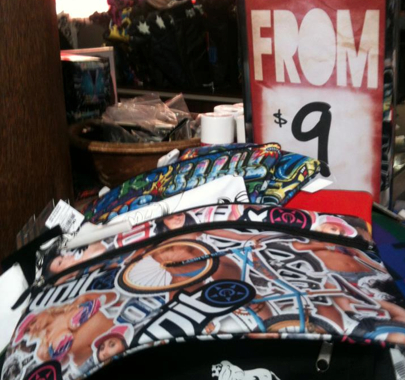 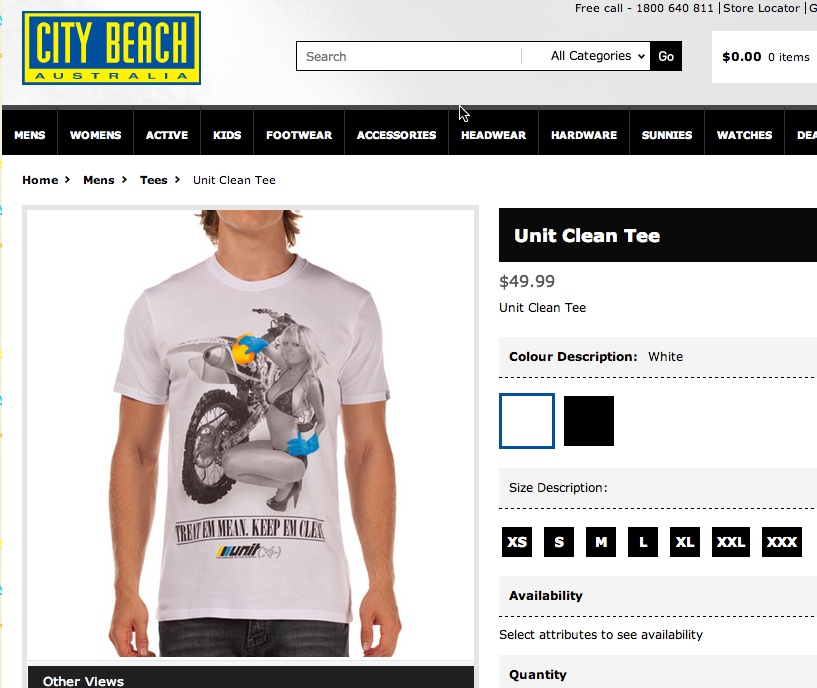 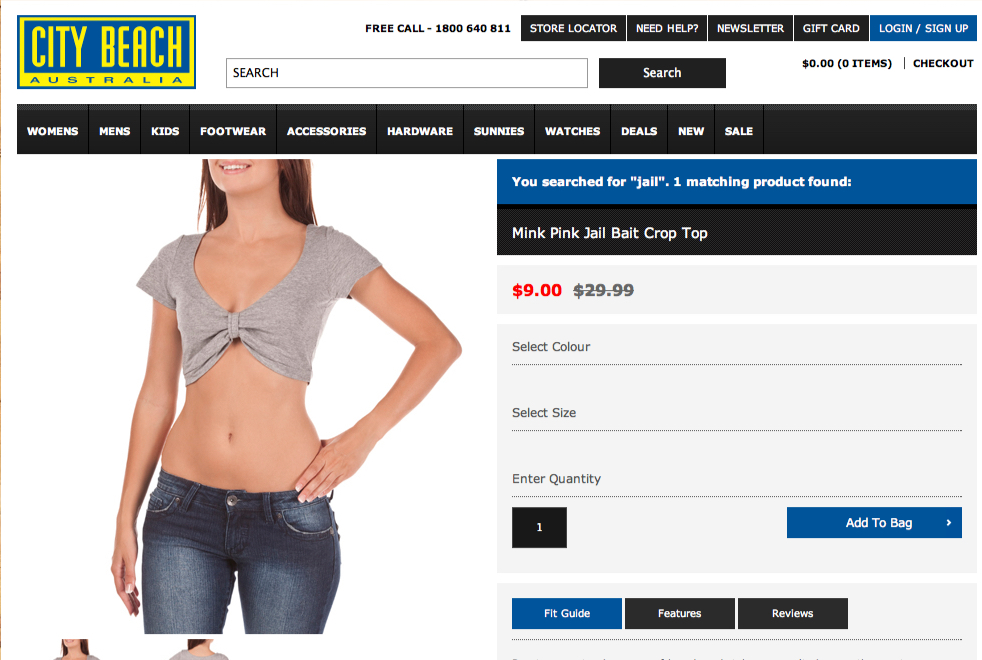 You can read more about the youth sexploitation brand here http://www.collectiveshout.org/city_beach