Vicinity Centres-owned Galleria Morley and AMP Capital-managed Karrinyup Centre invited children to 'Meet the Easter Bunny' have their faces painted and hunt for Easter eggs within metres of Honey Birdette sex shop. Similar activities were held in other shopping centres around the country, also tenanted by Honey Birdette. The CEOs of many of these centres identify as ‘Male Champions of Change’ who pledge to stamp out sexism.

Collective Shout campaigner and parent Lyn Kennedy said children participating in the activities “stopped in their tracks” to look at full-size images of semi-naked women across the shop front. 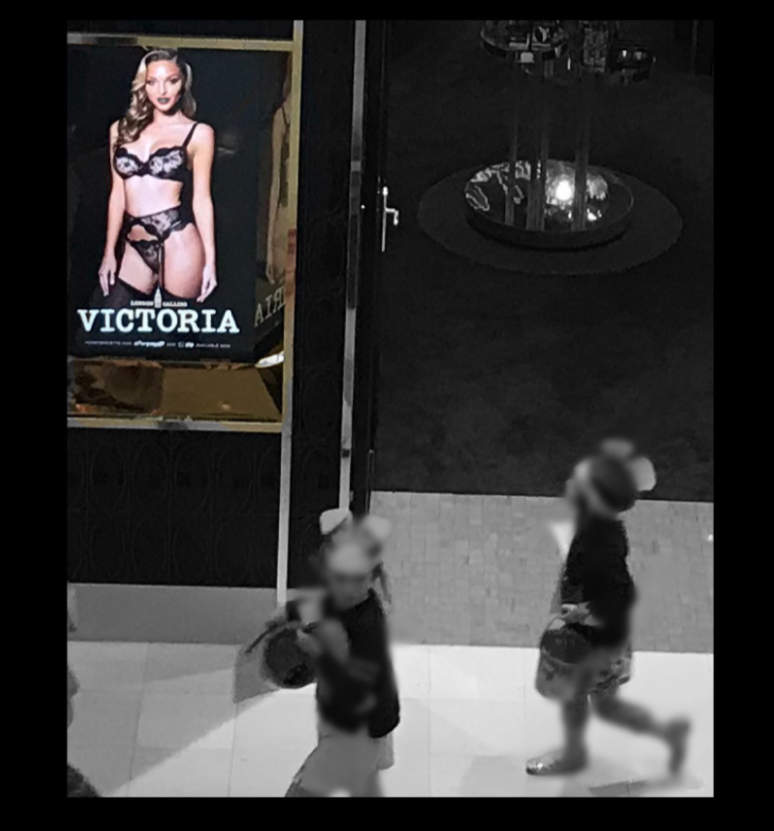 One of the images has previously had a ruling against it by Ad Standards, however continues to be displayed. 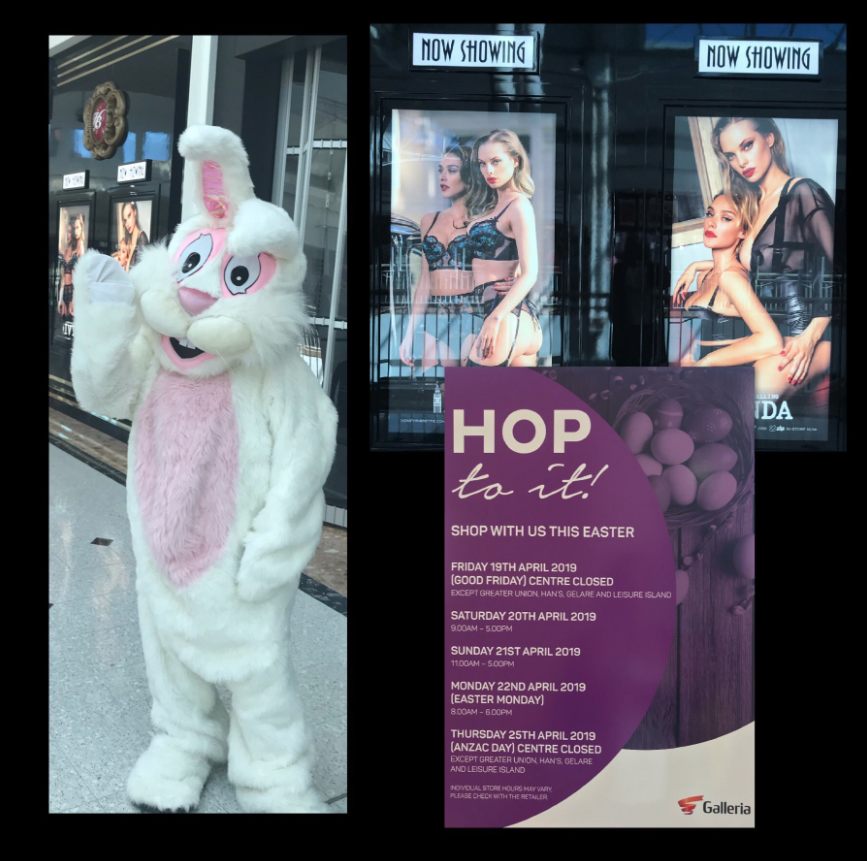 “This is another reminder of the ineffectiveness of our regulatory system,” Ms Kennedy said. “Australia’s advertising industry self-regulation fails to protect children from sexualised and porn-inspired images”.

In the last few years Ad Standards has investigated complaints against 54 Honey Birdette ads, upholding complaints against 30. However, the company refuses to comply with rulings, stating “Nobody tells Honey B when to take down her signage”.

Collective Shout is calling for a reform of Ad Standards in the lead up to the election.