Posted by Caitlin Roper 5210sc on

In attendance were politicians, NGOs, activists, survivors of sexual exploitation and other community leaders.

Melinda Tankard Reist opened the conference presenting on the link between pornography, sexual exploitation and violence. 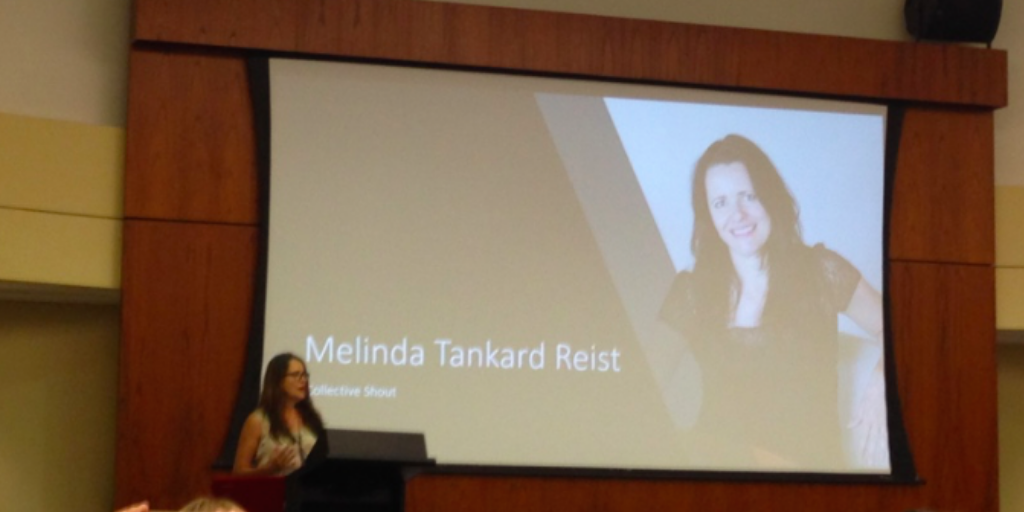 The summit concluded with all attendees signing on to support a charter of principles against sexploitation:

Delegates from the Australian Summit Against Sexual Exploitation held in Brisbane on Saturday 6th May 2017, call upon the Federal Government to recognise that pornography is a public health hazard which leads to a broad spectrum of individual and public health impacts and societal harms; and that there is a need for education, prevention, research, and policy change at the community and societal level in order to address the pornography epidemic that is harming our nation. Steps to prevent pornography exposure and addiction, to educate individuals and families concerning its harms, and to develop recovery programs must be addressed systemically in ways that hold broader influences accountable. We ask that an expert panel be appointed to investigate the public health effects and societal harms of pornography to both children and adults, and to make policy recommendations to Parliament.

We call on the Federal Government to conduct a full review of the classification system and the self-regulatory system of the Advertising Standards Board.

The Advertising Standards Board (ASB) has no power to penalise advertisers who breach their code. Neither can they penalise advertisers who disregard a determination and fail to remove offending advertisements. Given the failure of the current self-regulatory system to meet community expectations specifically in the areas of advertising to children and the portrayal of women, the delegates of the Australian Summit Against Sexual Exploitation call on our Federal Government -to direct the Australian Association of National Advertisers (AANA) to amend both their Code of Ethics and Code of Advertising and Marketing Communications to Children to include a principle that decisions in regards to advertising must be made in the best interests of children; and conduct a full government review of the current classification and self-regulatory system, and introduce appropriate penalties for organisations/advertisers who refuse to comply. 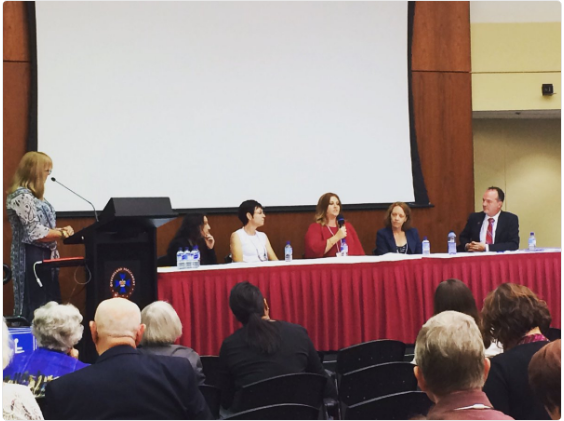 We call on the Federal Government to conduct a Royal Commission into the dysfunction of the Family Law Systems of Australia.

Following a report by Bravehearts, “Abbey’s Project”, highlighting failings within the Family Court System, including sending children to live with convicted sex offenders, the below delegates from the Australian Summit Against Sexual Exploitation call upon the Federal Government to conduct a Royal Commission into the dysfunction of the Family Law Systems of Australia.

The Nordic Model takes an abolitionist approach to prostitution and trafficking, refusing to accept that booming markets for prostitution and sex trafficking are desirable or inevitable. The Nordic Model comes from an understanding that prostitution and sex trafficking are harmful to prostituted and trafficked persons, as well as barriers to social justice. Australia signed the UN Protocol to Prevent, Suppress and Punish Trafficking in persons, especially women and children (known as the ‘Palermo Protocol’) in 2005. This obliges us to: Adopt or strengthen legislative or other measures, such as educational, social or cultural measures, including through bilateral and multilateral co-operation, to discourage the demand that fosters all forms of exploitation of persons, especially women and children, that lead to trafficking (UNOHCHR, 2013).

Stay up to date with ASASE news by liking their Facebook page.