Collective Shout has contributed a submission to the Commonwealth Modern Slavery Bill 2018.

The drafted federal Bill was introduced to the House of Representatives in June 2018, which shortly follows NSW’s Modern Slavery Bill being passed through the NSW Legislative Council in the same month.

Collective Shout acknowledges the government’s efforts to consult organisations and individuals to improve their understanding of modern slavery. However, we join other voices in recognising that there are serious deficits in the drafted Bill.

The proposed Modern Slavery Bill does not adequately comprehend this reality of modern slavery as a commercial activity centred on the global sex industry and its entrepreneurs in Australia. The failure of the Bill’s provisions to mention commercial sexual exploitation as a recognised hot-spot of modern slavery, and to enact special provision against Australian businesses that promote, participate in, or oversee activities relating to the sex industry, renders it legally ineffective against a major form of human servitude, and, in fact, the form of servitude that arguably establishes a blueprint for all other forms of slavery. 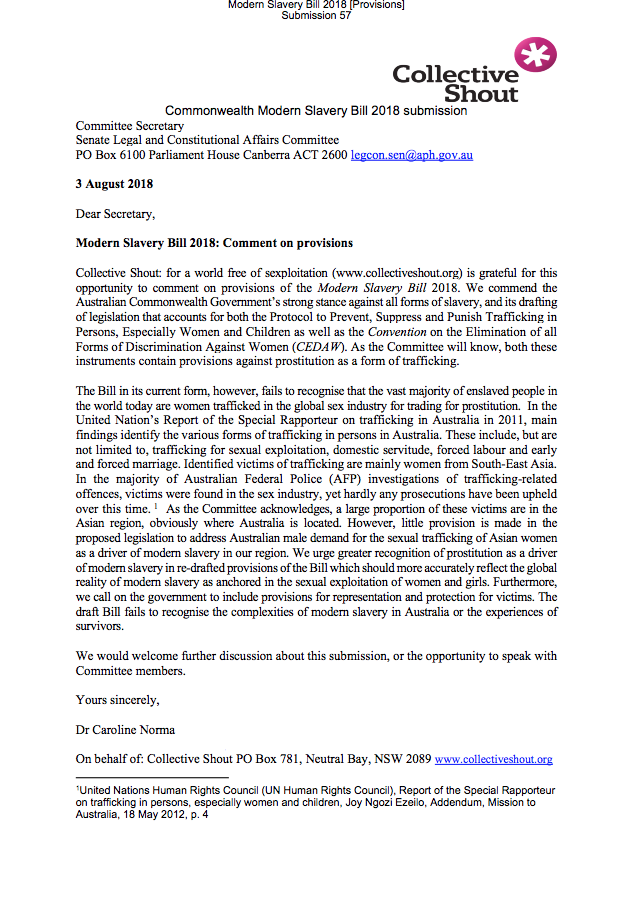