"They are sexist, offensive, demeaning, base, and have to be read by children who want to know what they mean. They impart terrible messages to small minds about sexuality and the objectification of women."

The text is presented on the back and sides of the vehicle. This vehicle includes the text: Women only fake orgasms because they think men care.

In its response to the Ad Standards Board, Wicked Campers denied any knowledge of the slogan. It also claimed that if the slogan did exist, it was not vilifying, it demonstrated that women cared about the feelings of others. Wicked claimed such a slogan would be a compliment to women.

The Ad Standards Board bought this hook line and sinker and dismissed the complaint:

"Although the Board agreed that a slogan such as this would normally be considered to be in breach of the Code, without proof that this van existed as a marketing communication tool, the Board was unable to uphold the complaint." 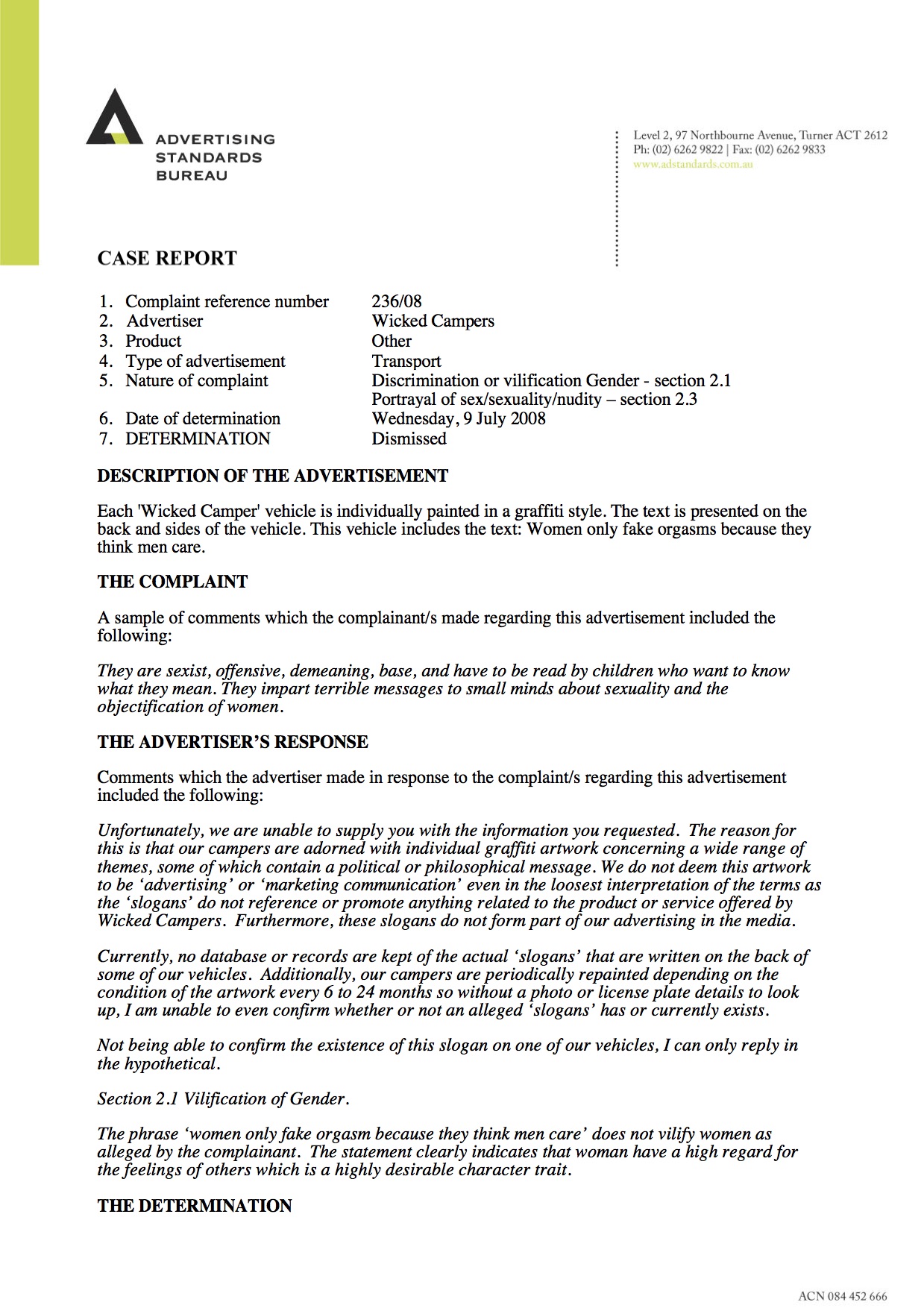 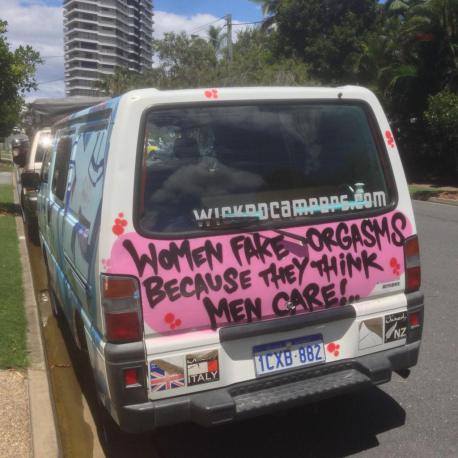