Ad Standards powerless to enforce compliance with code of ethics

"The Panel considered that the pose of the woman and the placement of the hands gives the impression that she is spreading her buttocks and considered that in combination with her wide legged stance, the image is highly sexualised."

Honey Birdette did not respond to the complaint or its outcome. In cases of non-compliant advertisers, Ad Standards always publishes this response:

"The advertiser has not provided a response to the Panel's determination. Ad Standards will continue to work with the relevant authorities regarding this issue of non-compliance."

It is never made clear who these relevant authorities are and what work the Ad Standards Panel claims to be doing with them.

The Ad Standards Panel is a branch of advertising industry self-regulation, acting as a complaints handling and resolution process. The Panel has no authority to enforce the outcome of complaints and is powerless in the face of repeat offenders like Honey Birdette.

Many shopping centre CEOs who allow the sexual exploitation of women on their premises are members of an organisation called "Champions of Change" an organisation established to promote gender equality. 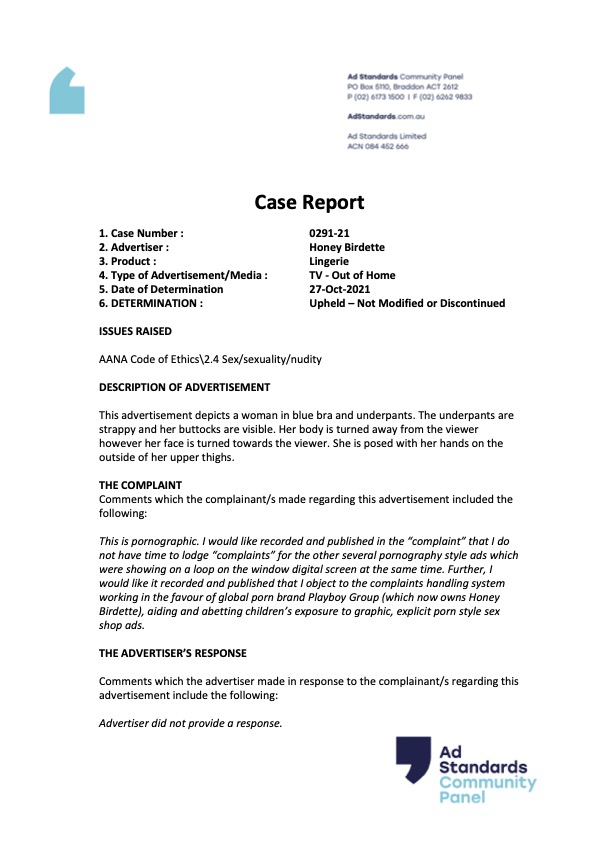 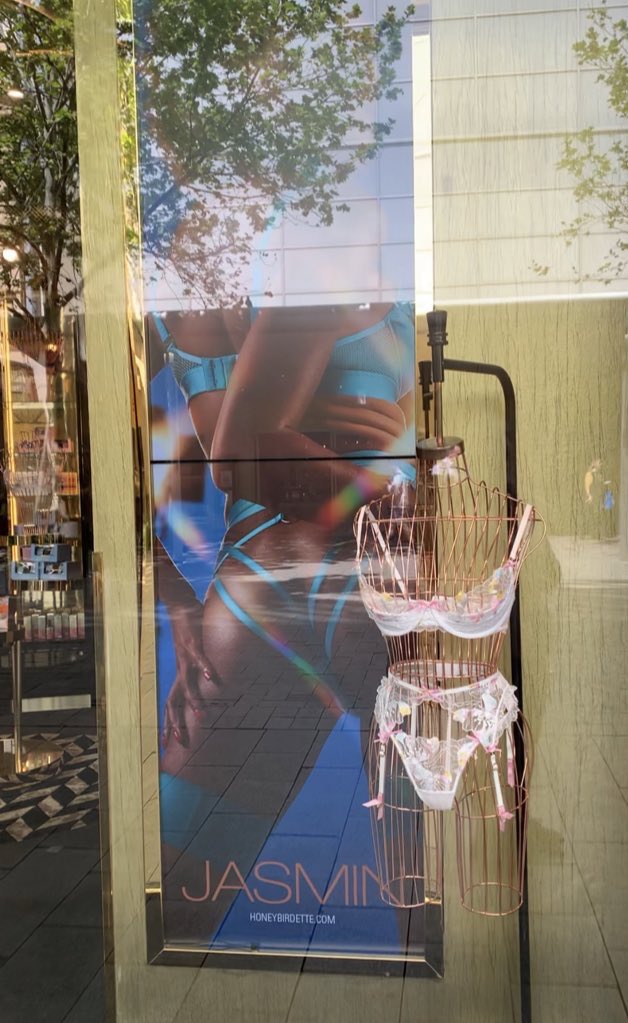 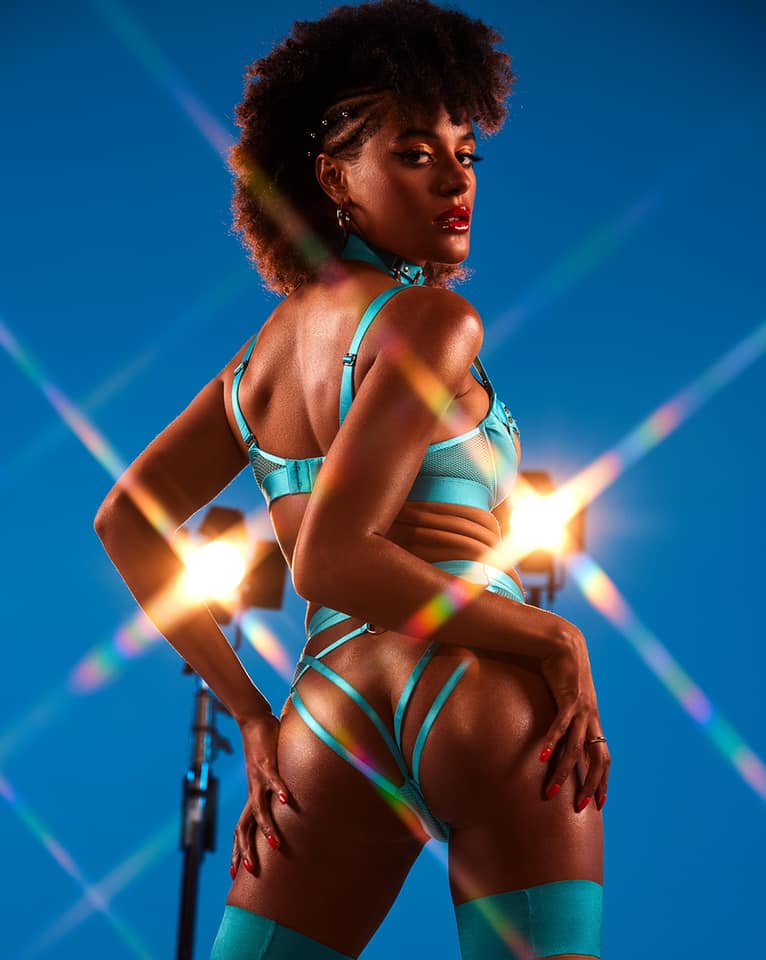