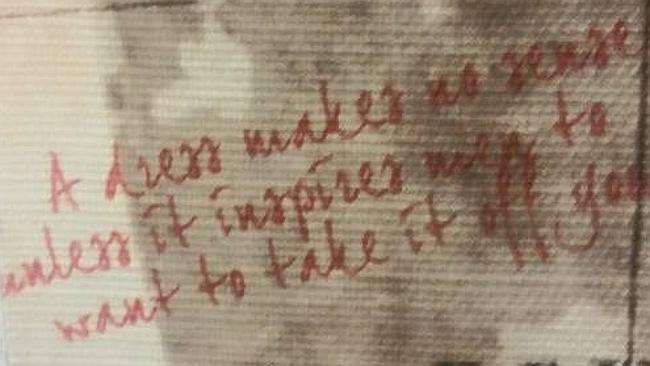 Jennifer Reynoldson told the Herald Sun that she was disgusted by the wallpaper:

“This quote is a sickening reminder that society is continuing to sexualise and degrade women, despite the tragic events that are being reported in the media on a regular basis,’’ Ms Reynoldson said.

“No woman, no matter how she dresses, how low-cut her top is, or how short her skirt may be, deserves to be attacked, or at the very least harassed.

Commenting on the removal of the wallpaper Collective Shout's Melinda Tankard Reist said:

“I commend them for removing it, but why did they create it in the first case? It reduces women to sexual objects.

“I had hoped that there were indications of change within Cotton On.’’

“A dress makes no sense unless it inspires men to want to take it off you”. Shame on you @CottonOn.#objectifyingwomen pic.twitter.com/ZZzZZal7cN

@JenReynoldson Hi Jen, this issue has been raised internally and is now a matter of priority.The artwork will be removed ASAP.