Where do you think we found it?

Some niche not well known store specializing in glamourised violence against women motifs for a specialist market into that kind of thing?

For order in a surf magazine marketing women in sexually submissive poses to boys? 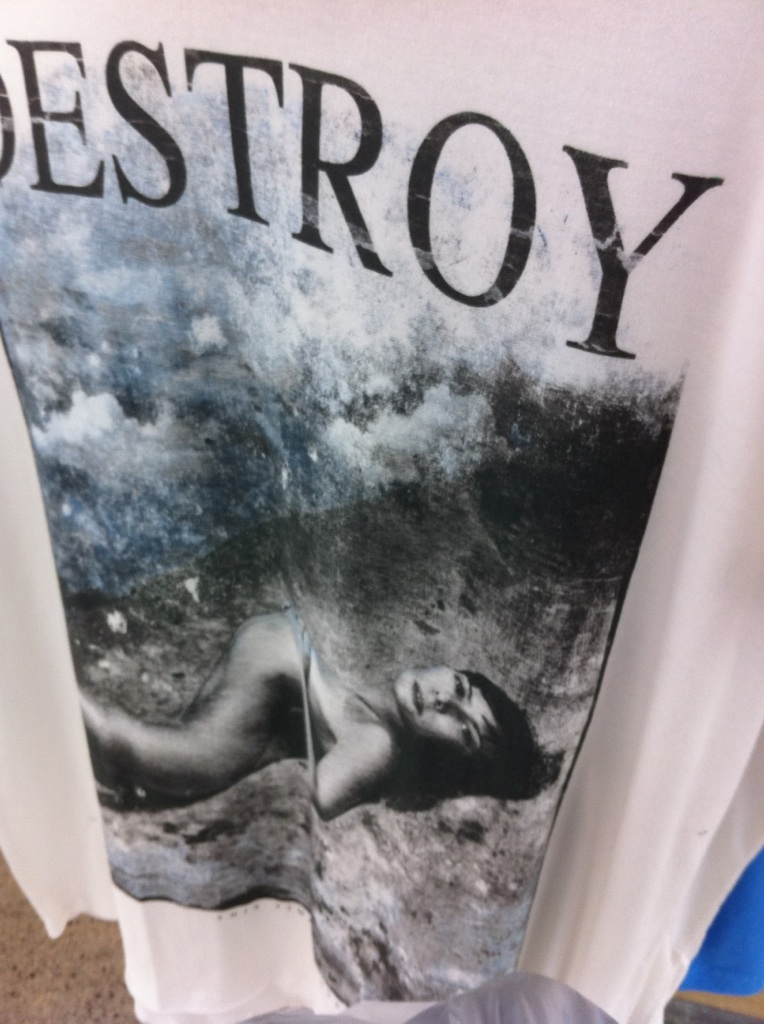 Perhaps through a more risqué on-line t-shirt seller who missed the movement for women’s equality?

This t-shirt was found in a Cotton On store in Merrylands NSW and passed on by a supporter.

We at Collective Shout don’t have much respect for Cotton On.  OK, Cotton On Kids did remove children’s jump suits with sexualized slogans after a protest led by our mate Julie Gale of Kids Free 2b Kids a couple of years ago.

But Cotton On has become quite the seller of pornified images of women.

Collective Shout member Caitlin Roper from Perth decided she’d had enough. So she began collecting names of high-profile people who would be willing to put their name to a statement against these t.shirts.