The cultural sanctioning of violence against women

“Violence against women isn’t an anomaly; it is the natural manifestation of a culture in which women are regarded as inferior to men, as objects of sexual recreation and entertainment.”

This is Caitlin Roper's speech at Reclaim the Night Perth in 2017. The first Reclaim the Night marches were held in 1977 in the UK. They are a worldwide protest against male violence against women. At the time the Yorkshire Ripper was targeting women and police advised women stay inside after dark to avoid attack. Women took to the streets in response with placards that read “No curfew on women- curfew on men”. The marches declined in the 90s but were revived again in the mid 2000s. 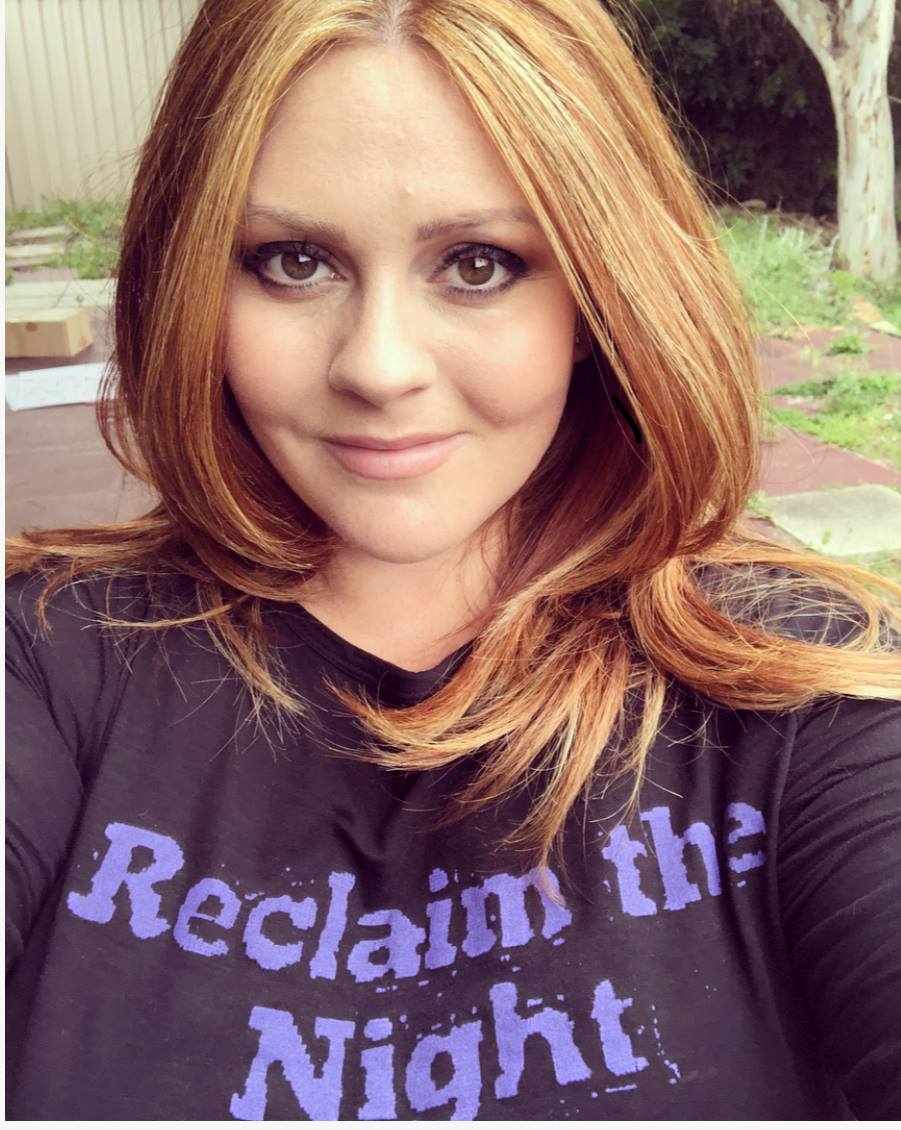 Male violence is the worst problem in the world.

I use the term ‘male violence’ because whether we are referring to so-called domestic violence, sexual violence or child sexual abuse, violence against women, children or men, the perpetrators are overwhelmingly men, with over 95% of all violence committed against both men and women being committed by men.

I use the term male violence because in order to address the issue, to save women’s lives, we must first identify the problem. While it may be easier to pretend incidents of men’s violence against women are merely a series of isolated events, the reality is a pattern of male violence- a national emergency- and a culture that endorses it. 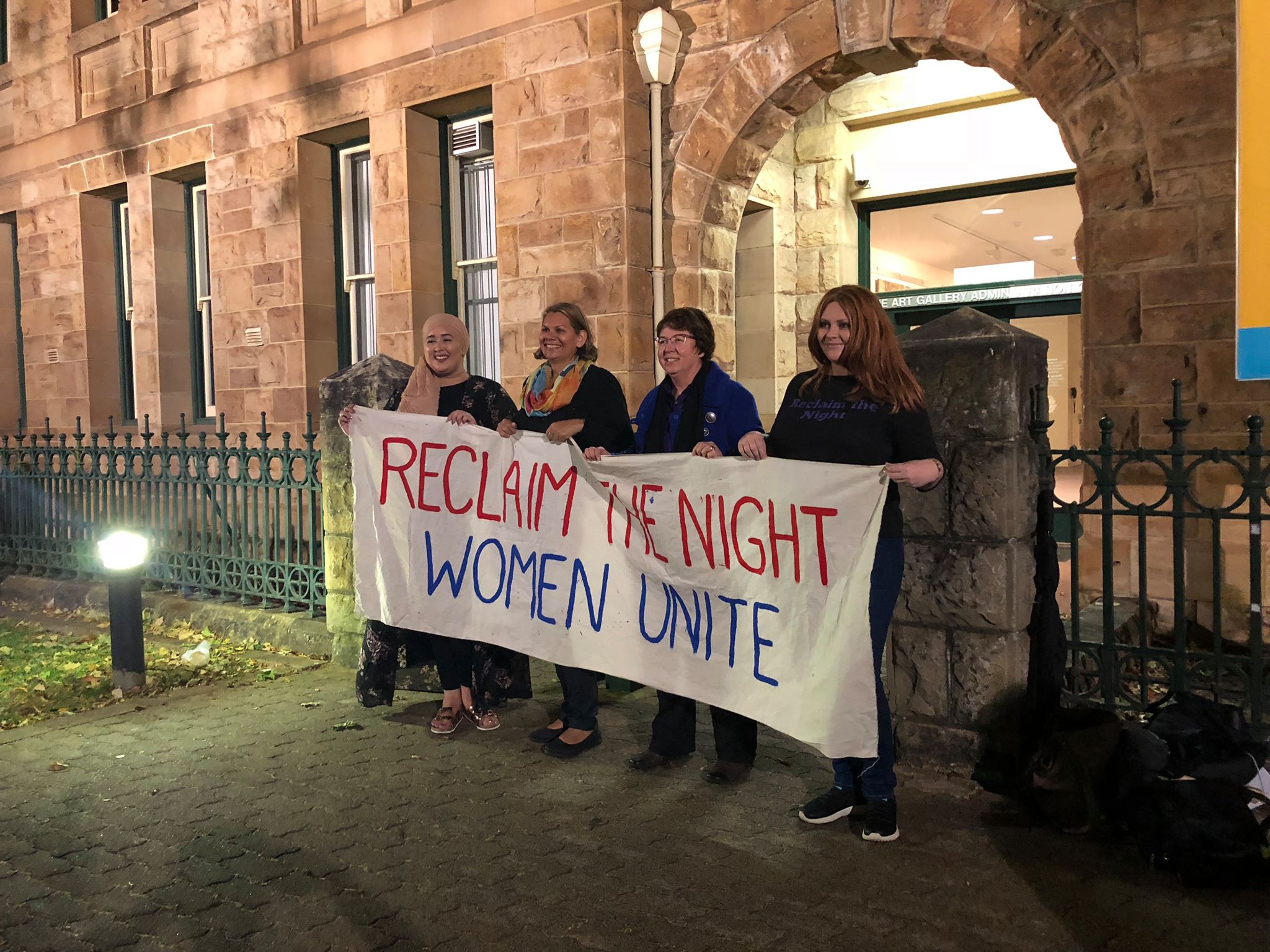 Speakers at Reclaim the Night Perth 2017.

As academic and author Robert Jensen argued, “In a patriarchal culture in which many men understand sex as the taking of pleasure from women, rape is an expression of the sexual norms of the culture, not a violation of those norms.”

Popular culture is littered with imagery and messages that reinforce women’s second-class status. In media and advertising, women are routinely objectified and dehumanised, reduced to a collection of sexualised body parts. It is near impossible to escape the ubiquitous representations of women as sexually available and existing for men’s use.

If we look to music and entertainment, popular recording artists refer to women as ‘bitches’ or worse, rapping about raping us and mutilating our bodies. This is considered entertainment.

The video games for men and boys where extreme violence against women is a novelty factor, affording players a range of creative options for murdering women, like shooting them or mowing them down in their cars.

‘Lads mags’ that advise their readership of teenage boys how to prey on and coerce girls into unwanted sex by getting them drunk and isolating them from their friends. Similar magazines continue to be sold in selected supermarkets, news agencies and petrol stations around the country. Read more.

Robin Thicke’s hit Blurred Lines, with its frequent refrain “I know you want it”, a sentiment typically invoked by men to override a woman’s ‘no’.

High-profile male comedians using their platforms to tell rape jokes. The premise of such jokes, of course, is that there is something comical about the violation and abuse of women.

The popular book and film series romanticising intimate partner abuse and stalking being pitched as a love story, released on Valentines Day.

Pimp Hugh Hefner, who did immeasurable damage to women, hailed as a hero or champion of civil rights- because women’s rights are secondary, at best.

The major book chains exposed selling incest and child abuse themed ‘erotica’, sanctioning the rape of children by their fathers as a legitimate sexual fantasy.

Wicked Campervans, emblazoned with misogynist slogans that refer to women as sluts and joke about drowning us.

The very existence of rape simulation video games for men and boys, in which the aim is to rape a mother and her daughters, complete with multi-player settings so boys can participate in gang rape scenes with their mates.

Then there is mainstream pornography- now the primary sex education tool for young people- where men’s sexual cruelty and humiliation of women is presented as sex. Women are shown responding positively to acts of male aggression, forwarding the view that deep down all women ‘want it’, secretly craving and enjoying abusive treatment.

The staggering levels of violence against women in the sex industry at the hands of buyers and pimps.

Feminists called out so-called ‘ute art’ in Townsville, a chilling life-sized sticker depicting an unconscious woman, bound in the back of the ute alongside a shovel. Women who spoke out against this were shot down, told to lighten up, that it was just a joke- in a country where on average, two women are murdered by their male partners each week.

As women, we’re expected to not only tolerate misogyny, but to see the humour in our exploitation and abuse.

Misogyny is rife, and it is not limited to popular culture. When it comes to real life violence against women, female victims who dare to come forward face scrutiny and suspicion. Women are routinely blamed for their rapes and told they have invited men’s predatory behaviour and violent abuse. Media focus on the victims and their actions, rather than the men who abused or killed them.

In my years as a campaigner against the sexual exploitation of women and girls, I have encountered numerous women who have been victims of male violence. Many of these were women I met through the course of my work, but soon other women began approaching me to share their experiences. They told me horrific stories of sexual abuse by fathers, brothers and uncles, of being raped by intimate partners (men who claimed to love them), male friends or employers, being beaten by male partners and even left for dead, having their rapes filmed and distributed online as pornography.

The women who told me these stories were typically friends or acquaintances. Many were women I saw regularly and had known for years- some even at the time of their abuse- and I had had no idea. For a few, these were experiences they had never shared, even with those closest to them.

This happens all the time. We like to believe men’s violence against women is rare, that if it was happening to someone we know and love then we would know. But it is happening. It happens to our friends, our family members, to women we love and respect. This is what an epidemic of male violence looks like.

This widespread violence doesn’t just happen; it doesn’t exist in a vacuum. It flourishes in a culture that is openly hostile to women, one in which the debasement of women is culturally sanctioned.

It’s not enough to condemn the violence, the end result. We have to fight the sexist and hateful attitudes towards women that fuel male violence. There are women who are alive today, who in the coming weeks and months will become statistics. Tonight we fight for women’s lives.

You look so good in blood! Violence is like, so hot right now