“...long and elegant like the great man himself...sits perfectly naked...Get some Ron into you.”

Rolling Stone documented the many allegations of rape and sexual assault against Ron Jeremy including indecent exposure, nonconsensual digital penetration and rape, back in 2017.

1983- Jeremy was accused of raping Ginger Lynn while they were on location shooting a film. “No one seemed to care. Nothing happened,”she said.

1997- Jeremy allegedly raped Jennifer Steele twice. “He doesn’t hear no, he just kinda keeps going and pretends like you didn’t say anything,” she said. Jeremy said it was “buyers remorse”.

2003- Jeremy was questioned by police on suspicion of criminal sexual conduct following an appearance at a Michigan strip club where he allegedly held a woman down and raped her in the back room.

2007- Jeremy was held on suspicion of battery after allegedly reaching inside a woman’s bra, pulling out her breast and signing it without her permission at Miami Beach Exxxotica. Jeremy responded, “I probably signed about 150 boobs that weekend.”

2009- When journalist Lynsey G approached Jeremy for an interview, Jeremy allegedly lifted up her shirt, grabbed her breast and signed it, and then kissed her on the mouth without her consent.

2011- Jeremy allegedly tried to force a massage on Julia Ann, who panicked and kicked him out of her hotel room.

2014- After posing for photos at an Exxxotica expo, Ron Jeremy allegedly inserted his fingers in a Danica Dane’s vagina. “I was saying, “I’m not comfortable with this,'” says Dane. “And before I know it I feel the tip of his penis inside me.”

2015- Jeremy allegedly sucked Kendra Sutherland’s breast without her consent at a Dallas expo.

Other women shared their accounts:

“He tried to forcefully kiss me on the lips and he grabbed my ass.”

“He slipped his fingers into my panties under my panties and into my vagina.”

Former performer Jesse James observed him frequently trying to “grab [the girls] and touch them and rub their pussies.”

“I have viewed him as the missing stair in the adult community.” – Jennifer Drake
(The “missing stair” is a term used to describe a known sexual predator within a community who is whispered about but tolerated nonetheless.)

2017- ManyVids dropped Jeremy as a host from their awards show, with a representative saying, “We were alarmed at the amount of women who came forth about being assaulted by a man who was considered an industry legend.” Exxxotica also dumped Jeremy.

Despite all these allegations of rape and sexual misconduct, Jeremy was a “special guest” of Sexpo Australia.

Why are Dan Murphy's and Woolworths promoting an alleged rapist's rum? 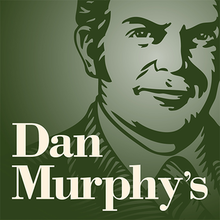 Woolworths Group describes itself as "a business built on integrity", with a section on their website dedicated to promoting gender equality.

According to Endeavour Group, which is comprised of Woolworths drinks and hospitality businesses, Endeavour Drinks and ALH Group, and which lists Dan Murphy's on its brands page:

We recognise that anything we accomplish should not come at the expense of the societies, economies and environments we are a part of...We Walk The Talk. Because we value our good name, reputation and public trust, we aim to go beyond basic regulatory compliance.

We say ‘No’ to violence against women through our support for the White Ribbon awareness campaign.

How does promoting an alleged rapist align with the corporate values of promoting gender equality and saying 'no' to violence against women? Woolworths, if you really "walk the talk", it's time to stop selling Ron Jeremy's rum.