Her daughter was sexually exploited online so this mum took action!

We have a saying at Collective Shout:

And recently Melbourne mum, Melanie Sheppard, refused to be silent after discovering that her daughter had been sexually exploited on social media. 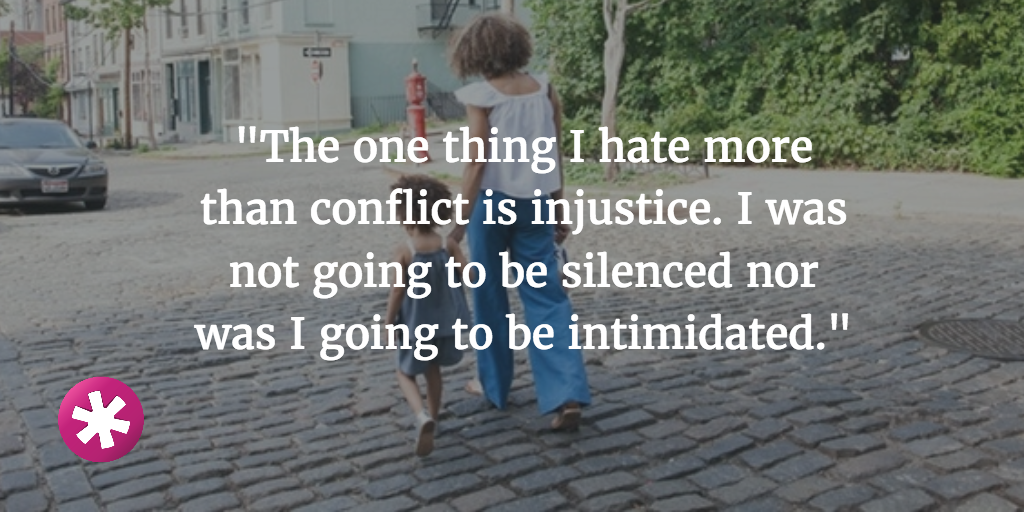 "On Friday evening, I was alerted to the fact that a group of Year 11 students from an elite private boys school had set up an Instagram account. The purpose of the site was clear; to humiliate young girls, or "young sluts" as they were called. The members of the Instagram account were encouraged to 'rate' the girls and give feedback.

My daughter, who is in Year 6, was featured in one of these photos, walking home after school with her friends. There she was, my precious girl in her school uniform, while boys referred to her using vile language -- objectifying, sexualising and violating her without her knowledge or mine."

The photo was brought to Melanie's attention by an older girl at her daughter's school. Another example of speaking out.

"I gained access to the site -- they were not discerning as to whom they let in -- and I proceeded to take screenshots of every single person following it. I sent this information, the photo of my daughter and the captions underneath in an urgent email to the school principals. At 4am on the Saturday morning, I decided to report the matter to the police and alert my community."

Some in the community told Melanie "You'll never win" and "Don't waste your time". It can be easy to think like this when we are up against a tsunami of sexualisation and pornification in society. But for change to happen we need people to stand up, to raise their voice and take their rightful place in the public square.

We must ask the question "Who said this was okay?". It takes courage to speak out. And that is what Melanie did.

"....the one thing I hate more than conflict is injustice. I was not going to be silenced nor was I going to be intimidated."

Next time you see an injustice such as this you too can speak out knowing that tens of thousands of others stand beside you in the Collective Shout community!