Collett has written about her experience. Originally published at FamilySmart

This weekend, I and a group of people (and a disgruntled bunny named Myxi Matosis) planned to descend upon various Diva stores around the country, with a hard copy of a petition, holding 6000+ names of people requesting that Diva remove 'Playboy' merchandise from being sold to minors in their stores. 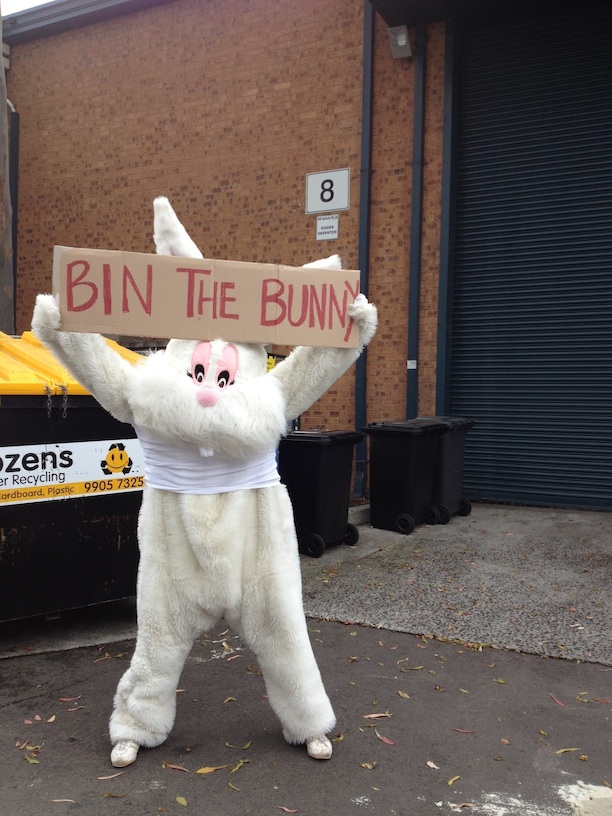 According to Melinda Liszewski of Collective Shout, “Diva’s target market is 8-13 year-old girls and the company has put its head in the sand."

While Corporate Failings blog describes Diva’s approach as, “Perhaps the most blatant example of consumer disregard we’ve come across”.

So, on Saturday the 29th October at 11am, I had the honour of delivering the first petition, created by Collective Shout with Change.org, to the Diva store in Pitt Street Mall, Sydney.

On entering the store I approached the manager and loved being able to say,

The manager initially thanked me for the petition and said we were entitled to ‘our opinion’ and that she would hand the copy over to head office. She then added that Diva had meant no offense but Playboy was just a ‘fashion icon’ and Diva had now removed most of the items from this particular store - except of course a few silver items now placed in the silver section, as these were popular with some customers.

After that statement I couldn't just walk out, now could I? The pieces referred to were silver items with wording such as ‘playmate’ and ‘Miss June’ and according to Hefner: ''Our girls in Playboy are called Playmates … and they complement and suit a man in his needs. And in the process, of course, they fulfil their own needs and desires. Have you ever known a really happy woman who was domineering and competitive? I haven't.'' (see SMH) 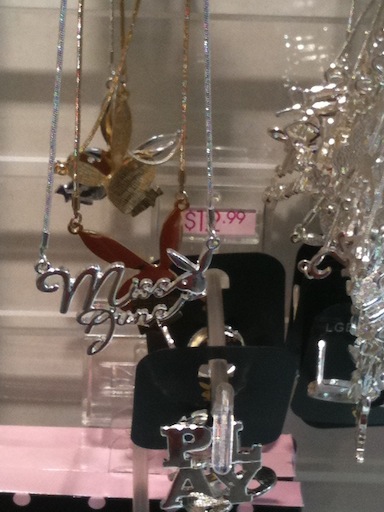 “I don't believe that any store which targets children through ranges such as Winnie The Pooh and Diva's Cupcake range, should also stock jewellery advertising the major symbol of pornography. When my oldest daughter (aged 9) asked me why I wouldn't buy her the "bunny' necklace, I realised that there is no age appropriate way to explain/discuss porn with children! I felt annoyed at Diva for putting me in this position. My children are savvy, inquisitive and have been encouraged to think for themselves. There are few subjects I can't discuss with them (in ways appropriate to their age of course!). I believe in educating them to understand their world. However, I cannot think of any way to explain pornography and what the bunny actually symbolises to a child... Diva's casual disregard of their customers has been astounding to me! To delete/block and ignore concerned people has seen me go from a concerned customer to a furious ex-customer...” (Talia, mother of girls aged 5, 8 & 9 years old)

"To be honest apart from being disgusted and very angry, I feel betrayed. Betrayed because only a few months ago while at our local mall with the kids ‘B’ had to buy a pressie for a friend in year five. She had brought her own wallet and asked to look at Diva for a "friends" necklace. Maturity is attained with many little steps so I agreed and said she could have ten minutes to wander through the Diva shop and then we would catch her up and look at her selection. She had a few wonderful choices when we got there and I was pleased with all her choices. Diva was a safe place for the girls to buy cheaper but fun accessories for each other. At most of the birthday parties, presents were purchased at DIVA. I took our son ‘A’ there three months ago to buy a pressie for a year seven girl’s 13th birthday party too. I have complained about Playboy merchandise at our local store and the poor young girl ‘M’ working this afternoon said she didn't feel comfortable herself with the range. I asked her to confirm that she sold a necklace with a lady's leg and bottom bending over.....she embarrassingly confirmed for $14:95. I urged her to have a voice as an employee and said I was sure when she first started working there she didn't imagine she would be selling porn propaganda to little girls!" (Kath, mother of 4)

So to conclude, the manager finally stated that as far as she knew, most of the jewellery was now in boxes ready to be shipped back to head office. She then looked at the petition and said, “I actually remember reading something from Diva's Head Office saying that we shouldn’t actually be talking with you and we were not supposed to accept anything like this, so I will need you to take back the petition.” I asked her to please keep the copy and hand it on to Head Office but she insisted that she was not allowed to and handed it back to me.

Since the beginning of the campaign in September (see my post and Sunrise interview here), Diva has remained silent on the issue and responded only by deleting hundreds of complaints about the Playboy product from their Facebook page. Diva continues to block people from joining the page if they complain about the merchandise, while anyone praising the sale of Playboy seems to remain, regardless of the language or insults they continue to hurl at those opposed to it being sold to children. I will conclude with the words of Susan Freeman-Greene in the SMH, as she sums up my issue with Playboy brilliantly.

“…but Playboy's is a narrow, male-centred version of female sexuality… The nostalgic mainstreaming of the bunny, with its connotations of woman-as-plaything, is about selling one unequal stereotype of female sexuality, not embracing women's diverse appetites."

Thank you to Ines from 7Wonderlicious for joining me at the petition hand-over, the young girls that came along in support and Jemma for taking footage. Also, thanks to Nicole, Deb, Jessy, Cailtin, 'Myxi' and others for delivering petitions that were accepted (or not) by sales people at other stores. 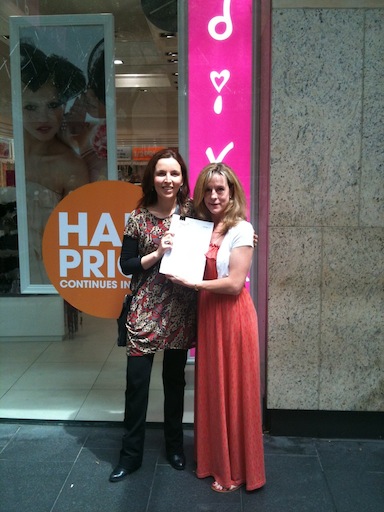